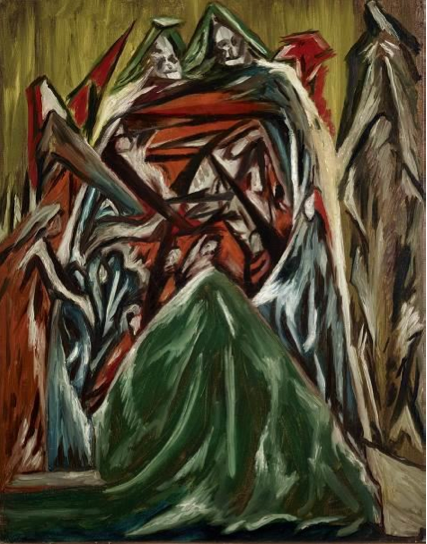 In addition to all the work Dallas Museum of Art (DMA) bought at the Dallas Art Fair the other day, the DMA announced that it had just acquired Jackson Pollock’s Figure Kneeling Before Arch with Skulls. The oil on canvas from circa 1934–38 is the fifth Pollock work to enter the DMA’s modern and contemporary holdings. An example of Pollock’s early work, it demonstrates the influence of both Renaissance art and Mexican modernism. In this panting, El Greco’s influence on Pollock is particularly evident.

“The DMA was one of the first American museums to acquire a classic period work by Jackson Pollock, and we are excited to build on this legacy at the DMA with the acquisition of this early work that sheds new light on an iconic artist,” said DMA Director Augustín Arteaga.

The DMA is going strong on the acquisitions!