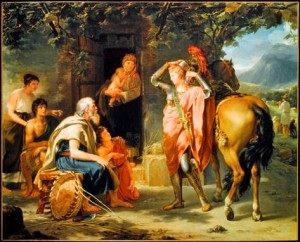 The Dallas Museum of Art has announced the acquisition of Erminia and the Shepherds, an early work by the French painter Guillaume Guillon Lethière (1760–1832). The neoclassically-minded painting was shown at the Salon of 1795 in Paris. Lethière, son of a French diplomat and an African woman, was a prominent figure in French art, achieving the highest academic rank by the end of his career.