Secret Rothko Sale Goes Public and Everyone Goes to Trial 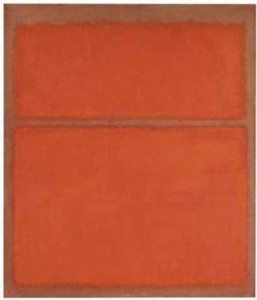 In 2007, when Dallas art collector (and Dallas Museum of Art trustee) Marguerite Hoffman wanted to quietly sell a Rothko painting, she arranged the transaction through a private dealer and, according to her, was assured that the buyer was an individual and the “picture would disappear into his private collection in Europe.” Then the painting popped up three years later at a highly publicized Sotheby’s auction (where it sold for $31.4 million) and, while the marketing materials for the auction didn’t exactly list the Hoffmans as previous owners, apparently it wasn’t that hard to figure out. Hoffman filed lawsuits against everyone involved.

A judge has already dismissed the case against Sotheby’s and Tobias Meyer, the former head of contemporary art and principal auctioneer of Sotheby’s, but the case against two major New York art dealers and a Mexican-born billionaire art collector is set to go to trial in Dallas next week (at which Meyer is scheduled to testify via taped deposition).

All this seems to draw way more attention to what was meant to be a discrete transaction, but that is a large part of Hoffman’s complaint. Initially, she intended to avoid public speculation on her financial situation, as well as downplay the awkwardness of selling a painting that the Hoffmans had originally pledged to the DMA. If she had known that the transaction would become public knowledge, she contends that she could have put it up for auction herself and made millions more on the sale. As reported at the time in ArtsJournal’s CultureGrrl, Hoffman filed the complaint immediately before the 2010 auction and stated that, if that sale were canceled, she would rescind her contract, return the money, and donate the painting to the DMA. The auction sale moved forward, as did Hoffman’s lawsuit.

Art trial watchers will want to catch up on the names and details before it all starts next week. There are different versions of the confidentiality agreement and different interpretations of “confidentiality.” There seems to be some misrepresentation, some side commissions, and even a supposed “seduction.” This all might be typical behavior for multi-million dollar auction sales, but we don’t usually get to follow the behind-the-scenes action. For a blow-by-blow account, read Mark Maremont’s detailed piece in The Wall Street Journal.

Art Advisors Can Now be Replaced by an...

My uncle was a friend of his – a great man