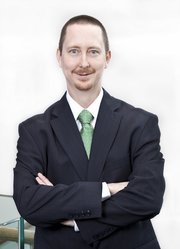 Stein first worked alongside Anderson at the Indianapolis Museum of Art, where he has been hard at work since 2006 working on expanding the museum’s virtual presence. In 2009, Stein headed a team of staff at the IMA to create ArtBabble.org, a niche content portal for digital video about art and artists, and founded a mobile-software project called TAP to create open-source tools that support mobile content experiences in museums, which was awarded a 2011 National Leadership Grant from the Institute of Museum and Library Services. Also in 2009, Stein founded the IMA Lab, a commercial software consulting arm inside the museum, dedicated to the creation of open-source software for the cultural sector.

Prior to his tenure at the IMA, Stein worked in the high performance computing industry and academic computer science.