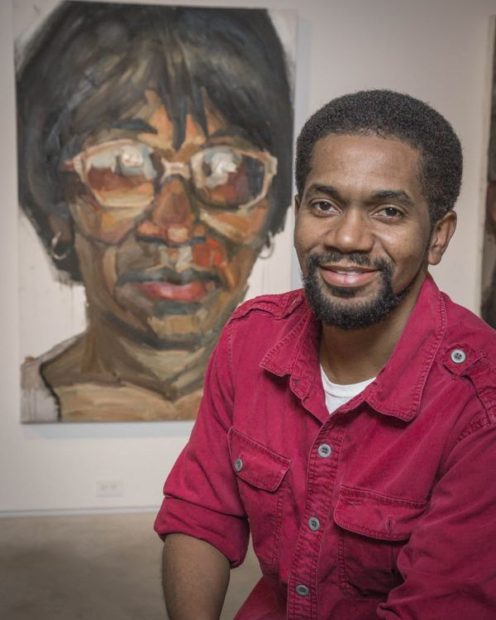 Sedrick Huckaby poses with a large painting of his mother, Ruthie Huckaby of Fort Worth, at the Valley House Gallery in Dallas, in 2013. (Ron Heflin/Special Contributor via Dallasnews.com)

The award is given annually to a North Texas artist who “has exhibited professionally for at least 10 years and has established a proven track record as a community advocate for the visual arts.” It comes with a cash prize of $2,500. Established in 1995, the Moss/Chumley Artist Award is open to artists working in any medium who live in one of 11 North Texas counties: Collin, Dallas, Denton, Ellis, Hunt, Johnson, Kaufman, Parker, Rockwall, Tarrant and Wise. The jury of five included Annette Lawrence, the 2015 winner of the award.