Creepy Emotions: Antoine Catala at the Dallas Museum of Art

Thanks to ‘technotopian’ freedoms, people may now download their emotions into an emobot, so as not to be disturbed by feelings. That is the premise sketched out as an intro to the DMA’s installation of Antoine Catala’s video work Emobot (Teacher). Here, it suggests, we can perform as untroubled employees or focused consumers, and interact all day long on the internet without the response or threat of turning trollish. Apparently, in the technotopia, we’ll do anything to avoid having to say, “I’m sorry.” 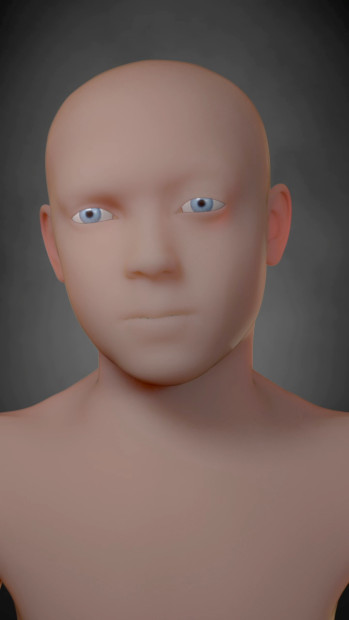 Inside the theater, we’re shown the recipient of the emotional download. The emobot is a hairless, blue-eyed adolescent boy. A too-perfect picture of innocence, who, even in his moments of silence and calm, betrays a demeanor that is frighteningly alien. These calm moments are the parenthesis to weird facial acrobatics of angst and despair. After a spell of roiling emotion, the emobot is relatively calm again. And in these moments of calm he utters phrases like “I feel dead inside…” or “I’m warm… ” with a chilly nonchalance. Playing along with the scenario, we, the viewers, are in a sort of “Dorian Gray” situation. We’re face to face with the haunted portrait that we put our mortality into, so that we may become immortal, unfettered by emotion. 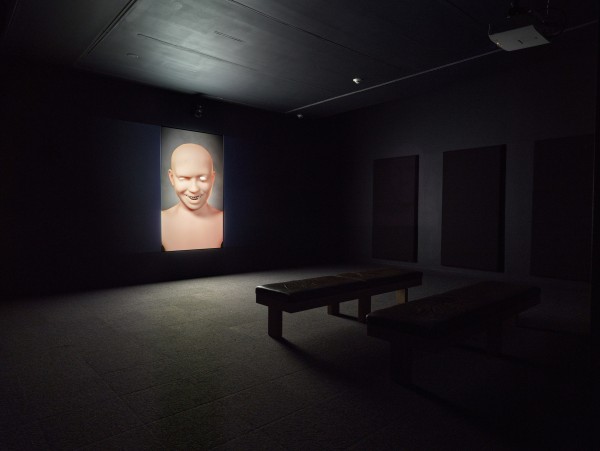 What Emobot (Teacher) teaches,  I suspect, is a lesson about the inhibiting forces of social authority and the insolence of the individual. It is an intelligent and ambitious line of thinking. The emobot seems to describe the shortfall of the digital world to house or even understand our emotions, and Catala seems to be having fun with this shortfall. There’s an artful distance between Emobot’s strange tics and unconvincing utterances and our own emotional displays and private sayings. Catala might be thinking Brechtian thoughts: the artwork does not intend to cause the spectator to identify emotionally with the character so much as provoke self-reflection and a critical view of the actions onscreen. But that distance is also a source of frustration.The emobot’s emotional and intellectual range is so limited, we can only engage it as an object of irony. It lacks the romantic sense of wonder and doubt an artist like Cécile B. Evans invests in her avatars and bots. And then there are the Hollywood creations, virtual figures who have shown impressive psychological complexity on screen, such as the chimps in “The Rise of the Planet of the Apes” and Golem from “The Lord of the Rings.” This comparison is probably unfair; I’m sure Catala lacks the funds that a Hollywood franchise has access to (including the accomplished actors whose faces underpin such digital magic). But by projecting the emobot onto a large screen, in a theater setting, one can’t help but to think about how the theme of technology and selfhood has been treated in larger movies. In previous installations, Emobot (Teacher) was shown on a monitor among other of Catala’s pieces about technology and personal expression. The use of a smaller monitor means the difference, because this piece isn’t cinematic in its scope. 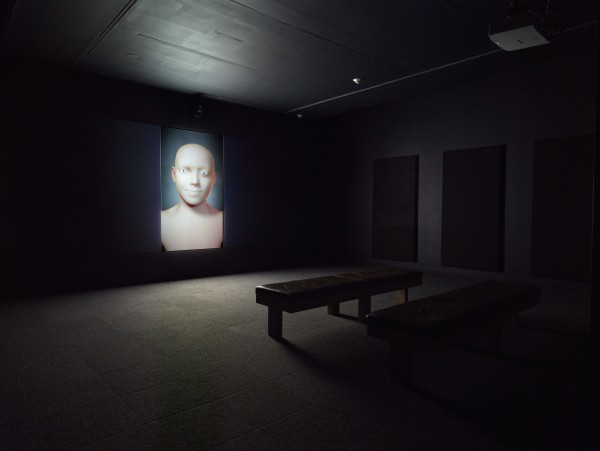 The narrative sketch at the start of the piece has promise. One wonders: why would we need to download our emotions? On the one hand, we live in an age of privileged explicitness—a time with very little conflict between public propriety and private desire. Digital platforms seem customized for emotional messages and inchoate opinions. It’s a high moment for the public expression of our inner feelings. On the other hand, there’s a growing industry called “scrubbing,” built for managing (by erasing all history of) internet embarrassments and self-mortifications. The internet may well be something of a democratizing force, but it sorely lacks as a judicial one. The online world is not a jury that can “disregard” something it hears or sees. The world built by the internet is one lacking forgiveness.

It’s interesting to think about the emobot as some kind of future social contract, which requires that concealments and sometimes self-deceptions be available in the service of social harmony. Our current freedoms and candor on the internet can be a force of “social murder,” or social suicide. Our online behavior can kill our (or another’s) social identity, or at least mark it in a way that can never be scrubbed clean. Catala’s technotopian sketch has more to do with the fear of social murder than it does democratic candor, and yet, instead of being identifiable as an avatar, the emobot seems a little too alien, spookily untethered to any “real” emotions. To this viewer, it doesn’t describe an inner life as one navigates and negotiates the internet. Again, maybe its limits are intentional. 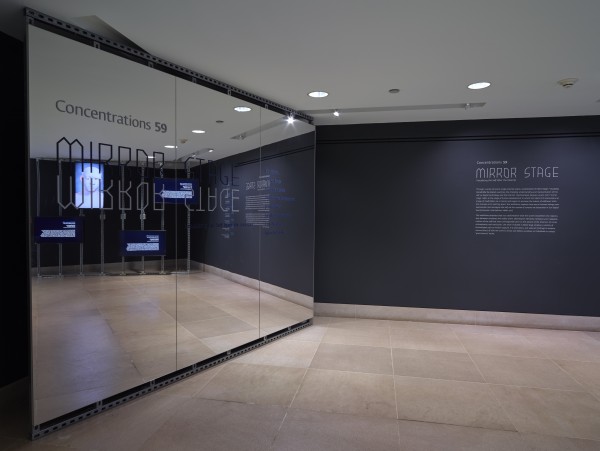 Emobot (Teacher) is the third part in an excellent eight-part series at the Dallas Museum of Art called  “Mirror Stage—Visualizing the Self After the Internet,” curated by the DMA’s Gabriel Ritter. The title is taken from Jacques Lacan’s concept of the “mirror stage,” a psychoanalytic phase of human development in which the infant first encounters an image of itself (often in a mirror) and begins to perceive the notion of selfhood. The emobot’s unconvincing utterances, “I understand . . . I’m alive… ” make some headway into Lacan’s ideas about language and the self. Lacan believed that language does not automatically make for communication. He observed that so much of what we reveal to each other through conversation has little to do with the instructions in our sentences, but rather radiates off of our moods and other unstated expressions; our inner world coats our words with nuance.

Catala’s rather Brechtian intention with the emobot sits problematically with Lacan’s idea of the mirror stage. The problem is the enormity of Lacan. The paradoxes in Lacan’s ideas about the self are ultimately more energizing and therapeutic to think about than the paradox of the emobot and his downloaded emotions. By all means, the realization of a Brechtian view of psychoanalysis is something I’d pay good money to see! This emobot falls short of that. Though it seems the DMA wants us to consider Emobot under the sign of Lacan.

We know that Lacan wouldn’t call an emobot a ‘self,’ because complex data processing alone cannot make a self. Self allows for the experience of “awe” (an unquantifiable emotion if there ever was one); with “awe” we have a Lacnanian idea of what it means to be human. The notion of selfhood that the infant perceives in the mirror stage is also a notion of some larger, unifying force. Lacan leads us to wonder: ”When we say ‘I’, what do we mean?” It was his belief that the “I” not only comes out of the unconscious, but also the metaphysical. In other words, a search inside ourselves reveals we aren’t alone. Though his premise is a good start, Catala’s work here doesn’t quite capture the depth and weight of Lacan’s ideas.

Antoine Catala’s ‘Emobot (Teacher)’ is on display at the Dallas Museum of Art until July 12. The series “Mirror Stage – Visualizing the Self After the Internet” runs through December 6, and a different artist’s work is on view each month.