by Paula Newton May 12, 2015
FacebookTwitterEmail 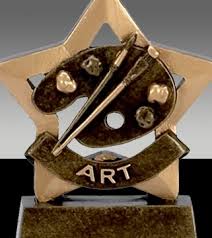 The Dallas Museum of Art announced its 2015 Awards to Artists and, this year, ten awards were given out. Congratulations to all!

The 2015 Otis and Velma Davis Dozier Travel Grant recipients (open to artists at least 30 years of age who reside in Texas) are:
Stephen Lapthisophon
Lorraine Tady

Thank you to the DMA and Dozier Family. I also enjoyed the presentations of all the artists, especially Canales who made us all laugh in delight!
A typo up above made my link not work. Click these if you are interested.
http://barrywhistlergallery.com/artists/lorraine-tady
Or
http://lorrainetady.blogspot.com
Thanks–oh by the way–several tries here—keep applying y’all

And thank you to the DeGolyer family. But my name on the press release is the name I provided for the check: if it could be corrected to Cat Rigdon, I would be most grateful.

Well hopefully the reception next year is better prepared for; but of course all the awarded artist are happy to have been included. Yup keep applying folks….

Thank you DeGolyer family and the DMA. I greatly enjoyed hearing from the recipients and about their work. I am looking forward seeing next year’s recipients and beyond!