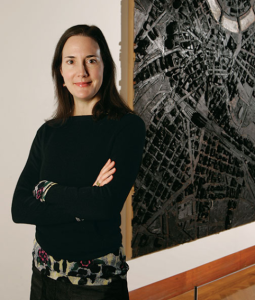 On Saturday, the Metropolitan Museum of Art announced the appointment of Kelly Baum as the new curator of the department of post-war and contemporary art.

Houstonians may remember Kelly Baum from her stint as a curatorial assistant at the Museum of Fine Arts, Houston a dozen or so years ago. Austinites will know her from her five years as assistant curator at the Blanton Museum of Art.

In December 2007, Baum moved on to become the Princeton University Art Museum’s Locks Curatorial Fellow for Contemporary Art, where they eventually created a new position and appointed Baum as the first Haskell Curator of Modern and Contemporary Art. Baum, who holds a Ph.D and M.A. in art history from the University of Delaware, organized numerous award-winning exhibitions while at Princeton.

While Baum has shown her curatorial chops over the years, the rise to curator of the department of post-war and contemporary art at the Met (!) is pretty darn fast and pretty phenomenal. Congratulations to Kelly!