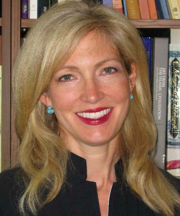 The Museum of Fine Arts, Houston (MFAH) only launched the “Arts of the Islamic World Initiative” in 2007 and initially raised enough money to acquire six objects for a permanent collection. Eventually, the MFAH established a formal department and a permanent gallery and, in 2012, appointed a senior adviser for international initiatives. Later that year, the Museum reached a landmark agreement with the privately held al-Sabah Collection, one of the greatest collections of Islamic art in the world, for a long-term loan of some 60 objects. Now, the MFAH has announced the appointment of Aimée E. Froom as curator of Islamic art.

Froom has acted as a consultant to museums such as the British Museum, London, and the Réunion des Musées Nationaux, Paris and has taught at Brown University, Bard Graduate Center and the American University of Paris. From 2001-05, she served as associate curator of Islamic Art at the Brooklyn Museum and, until recently, has been an independent scholar based in Paris. She has published and lectured extensively on Islamic art and is currently preparing a book on Ottoman Sultan Murad III for Koç University Press.