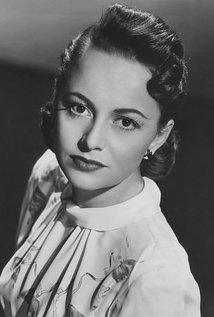 Last Friday, the Museum of Fine Arts, Houston kicked off a twelve-film program celebrating the 100th birthday of actress Olivia de Havilland, who is the last surviving cast member of the 1939 film Gone With the Wind. The MFAH series will include some 35mm studio prints (think luscious, large-format film rather than digital), and were selected by the actress specifically for the six-week program.

Born in 1916, de Havilland appeared in 49 films. After a string of clingy ingenue roles opposite Errol Flynn in the 1930s, she landed the coveted role of Melanie in Gone With the Wind, which meant being “lent” from her home studio of Warner Brothers to MGM. Upon returning to Warner, she refused to go back to being Flynn’s arm candy in forgettable Westerns, and ended up suing Warner Brothers, dragging them through California courts for several years and winning a landmark case that was the beginning of the end of the old studio system in Hollywood. She then went on to her juiciest roles, as a mental patient in The Snake Pit; an unwed mother forced to give up her child in To Each His Own; and a naive woman who falls for (then coldly takes her revenge on) a handsome gold digger in The Heiress. She won the best actress Oscar for the latter two films.

“The Obama Portraits Tour” at the The Museum...