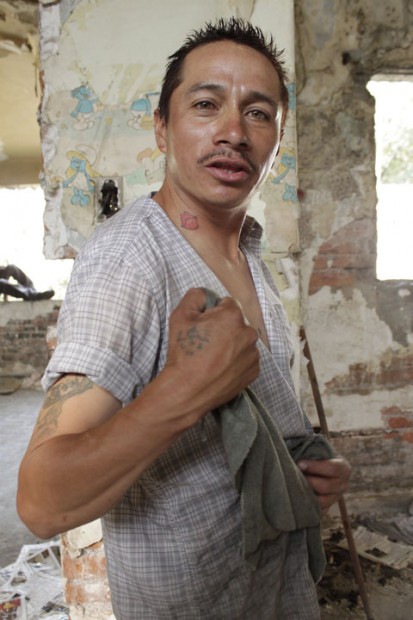 The word “cosmopolitanism” conjures up worldly, cultured and possibly elitist connotations. The idea that all humanity belongs to a single moral community is a lesser-known definition of the word. Theoretically I buy into that idea, but on a practical level, trying to achieve consensus on the definition of morality would prove impossible.

Curator Ben Lima’s video exhibition Cosmopolitanism at Conduit Gallery features work by five artists who have lived and worked in multiple countries. As I was watching the 50-minute program, I didn’t see any overarching references to cosmopolitanism that bridged the artists’ works. Maybe Lima wanted to showcase some of his favorite works and this was a handy way to categorize them.

I questioned whether or not the program needed to have more unifying themes and whether there should have been a broader representation of countries. Three of the five artists made work in Mexico. 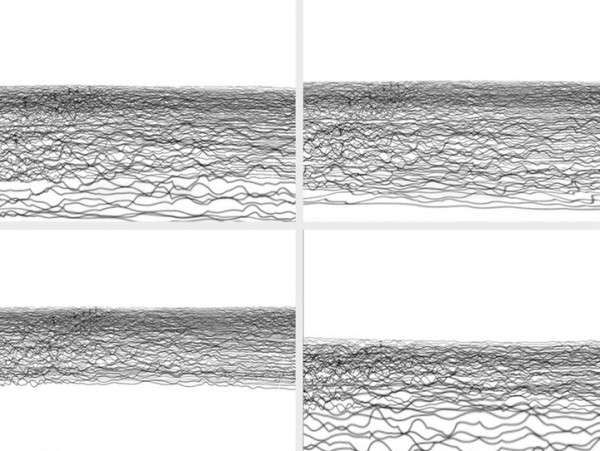 While the works are diverse in their approaches and processes, all consider the connection between corporate and corporeal power—the fraught relationship between power structures and human mortality. Humberto Duque’s silent hand-drawn animations illustrate the act of creation and destruction. Images of severed hands and exploding heads are interspersed with burning planes and missiles. Duque’s titles Pornatique (2004) and Dramamin (2008) refer to the abject, pornographic nature of war and our apathetic, complicit attitude towards it.

Mauricio Limón’s beautiful, minimal work Hikuri examines our relationship with medical technology. Black lines ebb and flow on a white screen, resembling an ocean landscape. The shifting pattern and rhythm of the lines mimics human breath—the regulated slow inhalation and exhalation of a body attached to a machine. Limón uses the language of the EEG to compare spatial and temporal regions of both the brain and nature. 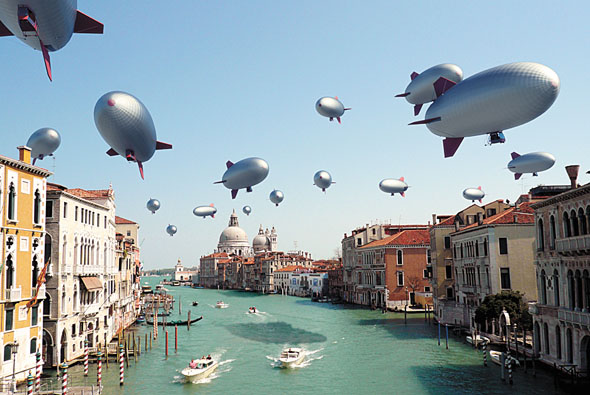 Limón’s other three videos address labor and the social class structure of Mexico. The artist employs manual laborers to perform repetitive gestures inherent in their daily work. The resulting videos transform the banal gestures into choreographed songs and dances, glorifying the workers and transcending their restrictive social status.

Tatiana Parcero uses a unique vantage point to take the viewer on a hunt, following a trail of blood dots and splatters. Like bloodhounds, we (the viewers) become implicated in the search.

Both of Hector Zamora’s videos question the surrender of power. In White Noise—Shed 6 Installation (2011) the artist films hundreds of white flags on a deserted New Zealand beach. The viewer wonders who is surrendering and to whom? 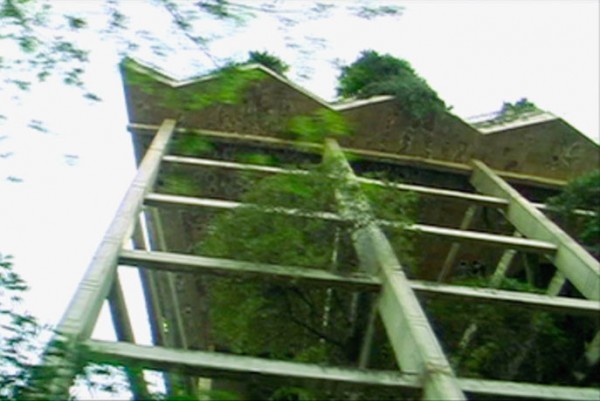 My initial questions concerning unifying themes of cosmopolitanism changed as I thought more about the lesser-known definition. Contextualizing the videos within the larger perspective of human morality allows for a broader interpretation of the works. And bottom line—the videos are conceptually and visually compelling. Dallas doesn’t show a lot of video art and I applaud Conduit and Lima for bringing us work that provokes, taking us outside of our cloistered comfort zone.

Multi-media artist Colette Copeland recently relocated to Dallas from Philadelphia. She has written for Afterimage—Journal of Media Arts and Cultural Criticism and Ceramics: Art and Perception Magazine. Her work can be found at www.colettecopeland.com.