A Chat With Heyd Fontenot about ‘Kult Klassic’ at Conduit 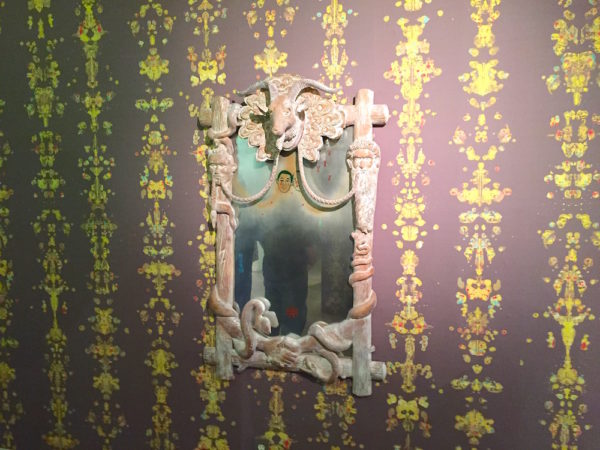 The following is an edited interview with Heyd Fontenot, the Texas-based artist whose newest multi-media installation and performance work, titled Kult Klassic, opened at Conduit Gallery in Dallas on Oct. 21. It runs through Nov. 26.

Colette Copelend:  What is the relationship between the characters in your figurative drawing/painting work and your film work?

Heyd Fontenot: I use my friends as both models in my paintings and drawings and I use some of these same friends as actors in other projects. I think that has to do with a certain level of trust that I’ve built with my friends. I can ask them to humor me with absurd acts and daring feats of nudity!

For figure modeling I can utilize people both straightforwardly (which results in more of a portrait), but then I might also ask them to “act,” which also results in a portrait but in a character, or insinuating narratives. Using my friends has its basis in economics, but it also satisfies a certain desire to heap attention onto people who I love. None of these people are professional models or actors, or if they happened to be, it would be purely accidental.

The drawings that I’m showing in Kult Klassic relate to the film, in that in each of them, the figures are invoking some vague type of mystical energy or hinting at something mythological, like the two Janus Head drawings. 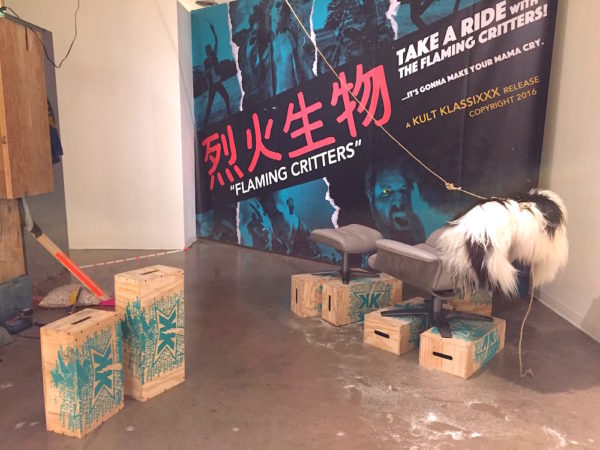 CC: Can you speak about your in-progress film Flaming Critters and about underground filmmaker Jack Smith?

HF: The film isn’t a documentary. It’s completely fabricated. Much of it is shot in a cinéma verité style. We’ve been in production for about four years; not consistently shooting for four years, but shooting when the stars align. The story follows a band of transgressors—maybe they are bikers, maybe they are occultists, they are definitely outlaws and blasphemers. It’s fiction, but it’s proving to have an effect on some of the performers. It’s cathartic and perhaps encouraging behaviors that we’re provoking in the fictitious narratives.

It’s an homage to Jack Smith, named very directly Flaming Critters after his film Flaming Creatures. I was inspired by the way that he explored improvisation and chance in his productions. The film also has strong references to Kenneth Anger’s work, because as a gay artist I considered both of these filmmakers kindred and artistic ancestors. Both of them were working in film before Warhol, both of them were showing glimpses of gay culture to an art audience, which had pretty dangerous/daring implications in the 1960s. 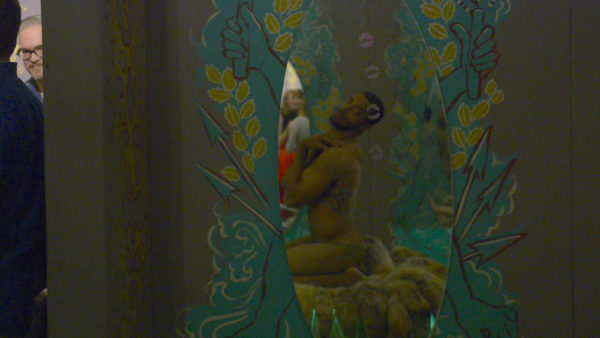 CC: One of the aspects that interests me most about exploitation films stemming from Smith’s time was the rupture of social taboos combined with campiness and satire. John Waters’ films (who was heavily influenced by Smith) are a great example of this. Like most effective subversive art, exploitation films were responding to current socio-political culture. Given our current political situation… .

HF: I have a favorite quote from Jean Cocteau.  “Camp is the lie that tells the truth.”  (That may be an indirect quote or a bad translation… .)

Speaking to “current socio-political culture,” I’m relieved that GLBTQ people have largely been left out of the Trump hate-blast. But this is a brief reprieve from queer people being scapegoats… . While considering this election, I realize that gender might be one of our greatest current issues. And gender performance is a huge issue in this film. I’ve felt oppressed by constructions of gender in cinema and so I’m fucking with that.

Also, growing up Catholic was a huge influence on my psyche, but also being fascinated by horror films with their not-uncommon mix of sexuality and terror. Before I understood that I was homosexual or what it meant to be homosexual, Hollywood scared the hell out of me about it. I recognized queerness and it was purposely framed to be scary. Later I recognized this as propaganda and it had the effect of letting me in on this strategy of thrilling an audience by threatening them with artificial dangers.

My previous solo show at Conduit was called Homosexuals are Ruining My Life, which was in reaction to anti-gay sentiment and how we apparently were threatening the “sanctity of marriage.” We always need someone to fear: sometimes it’s zombies and vampires, sometimes it’s Communists and Muslims. And that’s where I feel exploitation films hold the key to something important about human behavior. We tend to be excited and frightened by different sides of the same coin. While we fetishize an element of a sub-culture or ethnic group, polishing this desire and deep interest in it, we then go 180 degrees and find it repellent. I guess it’s just the way some of our brains work. 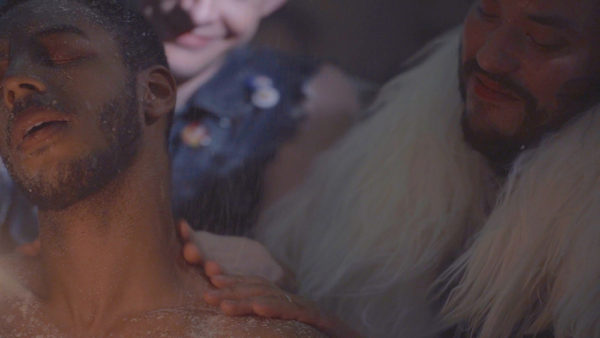 HF: I’m a big fan of comic and filmmaker Sarah Silverman. I believe that her humor is very sophisticated and intricate. She is masterful in the way that she toys with very “wrong” ideas of prejudice. But I don’t always have faith in an audience to understand the layers, and I just pray that they’re knowingly laughing at the “wrong” parts, instead of reveling in the “wrong” parts because they don’t know that the joke is that “some people actually believe this.” I mean, I have faith in Sarah Silverman’s audience, but there is that possibility.

So in response to pornography stoking domestic violence and sexual abuse: I have no doubt that it could have this effect, but I also feel like pornography and prostitution will always exist and the best we can do is to legitimize the production and practice so that actors/models and sex workers are protected.

I suppose my point is: we are complex and flawed creatures and flirting with danger and “wrongness,” and challenging “acceptable behavior” is one of the ways we progress as a culture. If we held tight to all of our cultural taboos, women wouldn’t be able to wear pants and I would have been put in jail a long time ago.

Heyd is the best! That’s all.