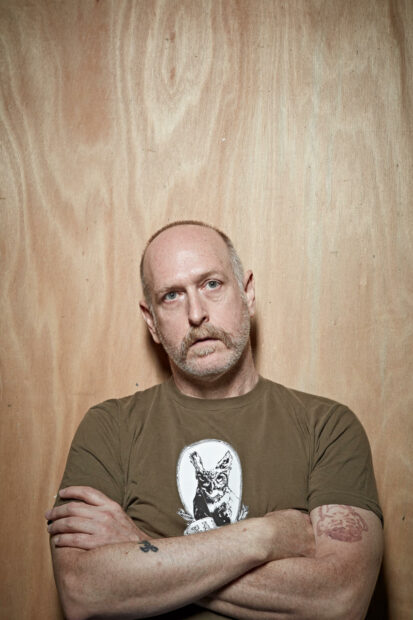 Fontenot, a Dallas Museum of Art Dozier Travel Grant recipient, and Mastermind Award recipient from the Dallas Observer, was also previously named one of the top 100 Dallas Creatives by the magazine. Under his tenure CentralTrak, the residency was named “best art space” by both D Magazine and the Dallas Observer.

Fontenot spent time in San Antonio as an artist-in-residence at ArtPace in 2017, after the end of his Dallas directorship and a notable exhibition at Dallas’ Conduit gallery, which represents the artist. “I went from running a residency and hosting artists to being a hosted artist, which feel very luxurious, but it [was] also ‘GO Time’ and a whole other urgent situation of problem solving in the studio,” writes Fontenot in an email exchange with Glasstire.

Of his time in Tulsa: “I’d installed a project called The Lodge of Saint Reborlaro, which was a hybrid of art installation and a platform for community-generative programming, on Tulsa’s Lewis Avenue — a street shared by Oral Roberts University.  ‘St Reborlaro’ is ‘Oral Roberts’ spelled backward, and the idea was that we could create an ecumenical, dogma-free, creative space that served as a ‘church’ for artists, writers, thinkers, etc. — basically the antithesis of oppressive, missionary, colonial fundamentalism.” 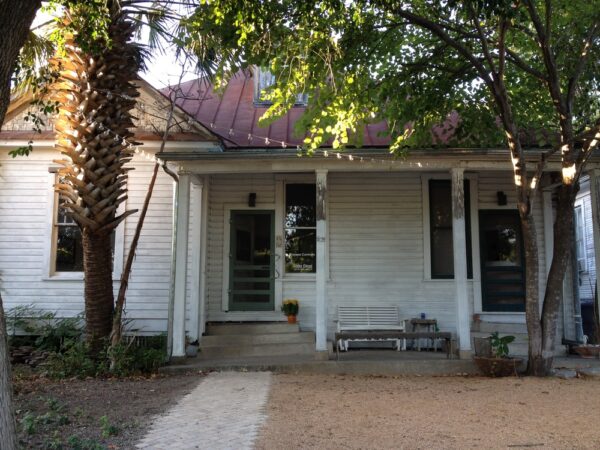 He continues: “At the end of 2019, I was invited by Sala Diaz director Anjali Gupta to  bring a version of this project to San Antonio through the Casa Chuck residency.  We had plans to install a more fully realized version of the Lodge of St Reborlaro at Blue Star in 2020… but programming ceased because of health/safety concerns… 2020 didn’t look like I thought it was going to look.”

“My experience as a visiting artist at ArtPace and then at Casa Chuck was so incredibly welcoming,” Fontenot writes. “I’m honored that I was approached to work with Sala Diaz in this capacity, and I was immediately inspired. Sala Diaz has existed for 25 years because people have been generous with their time and their ideas; this is Sala Diaz’s legacy, that it exists because of this incredible community.”

Fontenot this week finalized an agreement with UTSA to house past and future archives of Sala Diaz/Casa Chuck.

In an anecdote about the strength of the community that he is now a part of, Fontenot related a story about how an artist stepped in during the crisis we all experienced last week when Winter Storm Uri struck most of Texas: “During that weather disaster a couple of weeks ago, some of the pipes burst at the gallery. I thought we’d be months waiting to get on a plumber’s schedule, but the artist Cruz Ortiz came to the rescue and made the repair immediately. That’s such a put-your-money-where-your-mouth-is moment; Cruz contacted our board president Ethel Shipton asking if she’d had any issues at the gallery. He checked in, he knows that building, and he thought there might have been a problem, and he helped without even being asked.”

Established in 1995, Sala Diaz is an experimental nonprofit venue (501c3)  for the creation and display of contemporary art. As an exhibition space, residency program and community organization, we promote a down home—and world-renowned—artist-centric model of operation. Sala Diaz is  located in the heart of the Cultural Arts District in San Antonio, Texas.

Congrats, Heyd! This is awesome!

Whoever choose Heyd is a genius! Congratulations to you both! Looking forward to great things!

Congratulations my friend, love you and your work