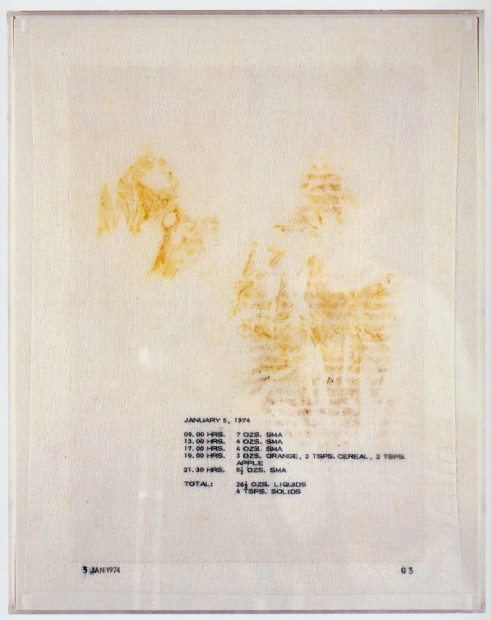 My grumble with College Art Association conferences is that historically the programming primarily targets art historians. Last year’s New York conference was a notable exception with some of my favorite artists on the roster. Shirin Neshat participated in a panel on censorship. The Guerrilla Girls performed. A panel on the artist as critic/critic as artist also provoked interesting dialogue. Mel Chin gave a riveting interview about his art/activist practice. Hands down the best session included a panel about artists’ block—what happens when an artist can’t make work.  The panel featured Robert Gober, Petah Coyne, Philip Taffe and Janine Antoni who performed a dance, while speaking about her process.

While diverse, this year’s programming didn’t hold the same pizazz. I didn’t attend a lot of the sessions, but here are a couple of highlights. The art publications committee featured a panel on the state of art criticism today. Moderated by SMU art history professor Randall C. Griffin, panelists Saul Ostrow, Amanda Beech and Michael Corris spoke about the crisis of art criticism. Ostrow, Bomb Magazine Art Editor cynically stated that not only is there a failure to ascertain the difference between art criticism, art writing and art journalism, but there is a total lack of criticism published today. He said that criticism has lost its audience. He defined criticism as writing that is intimately engaged with the object and the author must employ consistent logic to assess, analyze and judge not only the aesthetic, but also convergence between the social, cultural and political. Art writing while more accessible, lacks criticality and is rooted in description and reporting.

A few comments came to mind, especially in regards to the audience issue. I wonder if the lost audience could be ascribed to overly theoretical language written for the art historian, rather than a more generalized public. I asked Ostrow whether indeed criticality could co-exist with art writing and he firmly stated he has not seen any evidence of this. An interesting response given his affiliation with Bomb Magazine.

University of Kent professor and artist Amanda Beech questioned if criticism can be critical. She suggested that art writing has become performative, expressing the writer’s personality and style, which prohibits criticality. I wonder if she is thinking about writers such as Jerry Salz whose larger than life presence has garnered a huge audience. His  4000 + facebook followers and reality TV fans eagerly await his next art pronouncement.

SMU Art Chair Michael Corris was the only panelist who offered up an alternative perspective. Instead of complaining about the crisis state, he spoke about employing literature as a stylistic structure to write reviews. One example is his Tony Cragg review written in the style of Brett Easton Ellis’ American Psycho.  By using the language and structure of literary writers, Corris avoids the performative pitfall in creating distance between the art and the writer. But more importantly his model shows that art criticism can be clever and entertaining, while maintaining smart criticality. 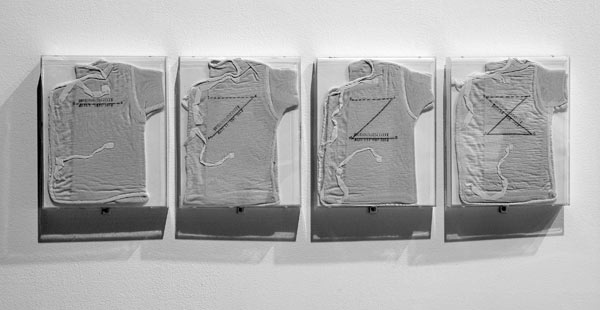 The Distinguished Artist interview this year celebrated Mary Kelly. Interviewer Johanna Burton of Bard Curatorial Studies opened by thanking Kelly for introducing her to the idea of a female “pervert”, which sharply contrasted Freud’s theories surrounding perversion. Kelly spoke about her early teaching days in Beirut during the 1960’s that fueled her political education. She discussed her early affiliation/friendship with Laura Mulvey (before she wrote her famed 1975 essay “Visual Pleasure and Narrative Cinema.”) Kelly was refreshingly humble as she discussed her work. When asked about how she approaches feminism in her work, Kelly responded that it is a framework of exploration used to pose questions rather than assert answers. She also stated that feminism embraces everything that was addressed by postmodernism, rather than the limiting definition of equal rights. My only disappointment with the talk was that Kelly and Burton spent so much time addressing the postpartum project that the audience didn’t get to see Kelly’s more recent work.

This is the best piece I’ve read anywhere on just about anything in recent memory. I suppose Ostrow would classify it under art writing/reporting. In any case, I disagree with his claim about writing/criticism. It’s possible to write critically, within a consistently employed theoretical framework, in a way that is accessible but it’s difficult and most would rather not try. I find that it takes several rewritings to sort out the technical language in terms that are legible to a broader audience. Heaven knows my own writing usually is too academic in tone.

It is not surprising that Dr. Michael Corris offered an alternative perspective; adding literary style to reviews, while still maintaining criticality, GENIUS! This style engages a broader audience while maintaining the principles of art criticism. His reviews have been long time favorites, either via the Brooklyn Rail or Artforum. We are lucky to have an innovative thinker like Dr.Corris at SMU.

Great write up. Thank you for sharing this and I look forward to Part II.

In the early 1980s, National Endowment for the Arts support for criticism and critical journals was seen as essential to developing critical discourse on emerging media, including some forms of photography, video, performance art, and installation. Some artists led this fight, in the belief that criticism (defined more broadly than positive reviews of their own work) was essential for the development and maturation of these new media. Unfortunately, this spirit was smothered by larger fears of political backlash, and the NEA Criticism grants were suspended in 1986. Many of us who participated on NEA Overview panels during that period feared that this would lead to the elimination of direct grants to visual artists, which, of course, came to pass all too soon afterwards.

Thank you for reminding or informing some readers that at one point in Oz the NEA actually did fund artists directly. Other grant agencies in science, education, humanities still do so.

In restrospect you can see how many art institutions used the lack of direct funding to artists as way to continue money coming to them instead of “irresponsable” artists.

I thank Karen Finely. And the crtics.

Janet–
Thank you for your kind comments. I did leave the panel discussion, thinking Wow–I’m not an art critic, just an art writer. But that’s ok–I can sling theory with the best of the them and I prefer to write more accessibly to a wider audience. My recent CAA paper writing experience was tortuous. I have a blast writing for Glasstire.

Rachel–
I agree Dr. Corris is a genius! Thanks for your comment. I hope I don’t disappoint with Part 2–I covered the Weegee show and talked about art intersecting food and design.