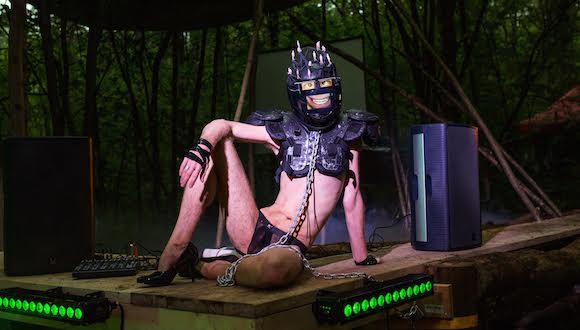 Those of us who are familiar with Houston’s performance art scene know that something was missing last year — specifically, the Lone Star Explosion, AKA “Houston’s International Performance Art Biennial.” Founded by Myk Henry and Nestor Topchy, Lone Star was first held in 2012 and then again in 2014 (Glasstire wrote about some of 2014’s performances), but the biennial was strangely absent in 2016.

A small group of Houston-based performance artists noticed this absence and decided to take matters into their own hands. In turn, four performance artists — Evan McCarley, Julia Claire Wallace of Performance Art Houston, Jonatan Lopez, and Jana Whatley — have stepped up to create Experimental Action, a three-day performance art festival that will take place at various venues across downtown Houston from February 23rd to the 25th. Also scheduled is a symposium on performance art to be held at the Contemporary Arts Museum on February 25th.

The lineup for this year’s festival includes some artists Houston has seen at previous Lone Star Explosions, along with artists who are newcomers to Texas:

As a marketing ploy, Experimental Action is attempting to get the attention of actor/performance artist Shia LeBeouf in the hopes that he will attend and perform at the festival. A few days ago, performance artist Jeremiah Carroll took this one step further when he attended a Houston City Council meeting in an attempt to ban LeBeouf (or, Shiala Beowulf) from the city of Houston. You can watch a video of that below. If you want to join in the Shia campaign, do so by liking this Facebook page and using the hashtag #Shiashowup.

Jonatan Lopez and I were major volunteers for Lone Star Explosion 2012 and we directed Lone Star Explosion 2014 with the support of the founders. Jana Whatley and Evan McCarley were major volunteers in 2014. The four of us are the management team of this new festival. We respectfully parted ways ) with the founders with much gratitude for what they taught us!) and started this festival as our own, supported by many of the Lone Star volunteers!