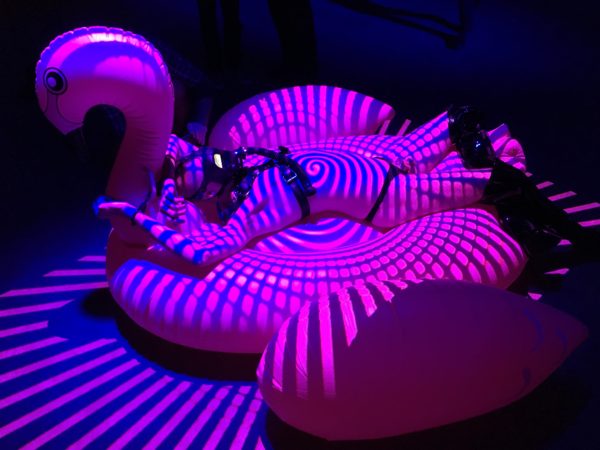 Experimental Action (ExA), Houston’s biennial performance art event, has announced additional details for its 2019 festival. ExA’s strength is that while it brings in national and international artists, the festival’s organizers make an apparent effort to look for local talent in their own backyards: myriad Houston artists are represented in the festival’s lineup, along with other artists from San Antonio, Austin, and Dallas. Also, since ExA announced a partial festival  lineup in December of 2018, two other names have been added to the list: Chile and Argentina-based artist Gustavo Solar, and Columbus, Ohio-based artist Robert Ladislas Derr.

The festival has also released other programmatic details. First, four poets will be writing responses to the event’s various performances and happenings, thanks to ExA’s collaboration with the organization Public Poetry. The four poets are: Malcolm McDonald, Joseph Machado, Outspoken Bean, and Rebecca Oxley.

Second, ExA has its four venues locked down: an artist welcome party on February 20th at Notsuoh (314 Main St) will feature a performance by Jim Pirtle; on the 21st, Queer(ing) the Wheel, a performance showcase organized by Houston Center for Contemporary Craft resident Antonius-Tin Bui and artist Tonya Huynh, will be held at HCCC (see a full lineup of this event below), and will be followed up by additional performances at Rockefeller’s (2620 Washington Ave). And on the 22nd and the 23rd, the festival rounds out with performances at the Secret Group (2102 Polk).

One night of ExA will also include a showcase of durational performances, facilitated by Evan McCarley. Artists in this portion of the festival are:
Jamie Campos
Neil Ellis Orts
Stoo Gogo
Tracy Hamblin
David B. Collins
Koomah
Isa Fontbona
Matthew Eric Mendez

For more information, and to buy festival tickets, go here.