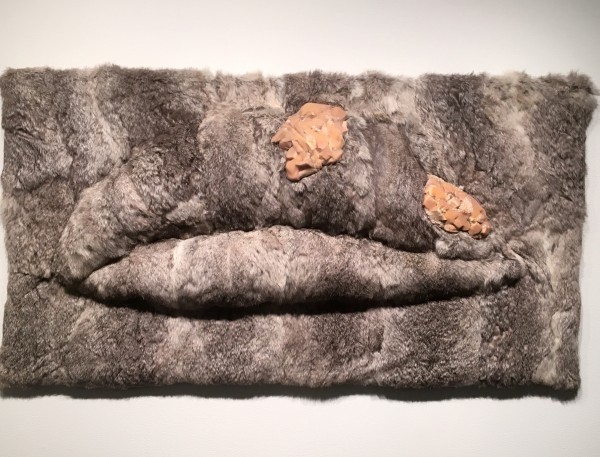 Often artist collectives combine their efforts into a singular work or body of work, but in a series of sculptures that behave somewhere between a game of telephone and “Who Wore it Better,” the group exhibition Satellite at Lawndale in Houston, by artists Yma Luis, Almendra Castillo, and Cinthia Gomez, positions the artists’ individual efforts side-by-side like a group exhibition. So is this just a three-person show, or is it a collective show? And if it is one, what’s its point?

The point—interestingly and riskily enough—is that this show doesn’t center around the work. Here the work functions more as jumping-off points for viewers to enmesh ourselves in the communication (and lack thereof) that exists between three artists who also happen to be best friends. Normally I would find this hugely problematic (as in: can the works not hold up on their own?), but lucky for us, the work is good and the chemistry between these three women feels exceptional and sincere. Instead of dismissing this work as byproduct of a game of telephone—works that anyone who can read directions could plausibly make—we’re fully invested in the fact that this particular friendship cultivated this art. It’s about how the artists align themselves with one another, and the formal similarities and differences that happen between the works when shown side by side. 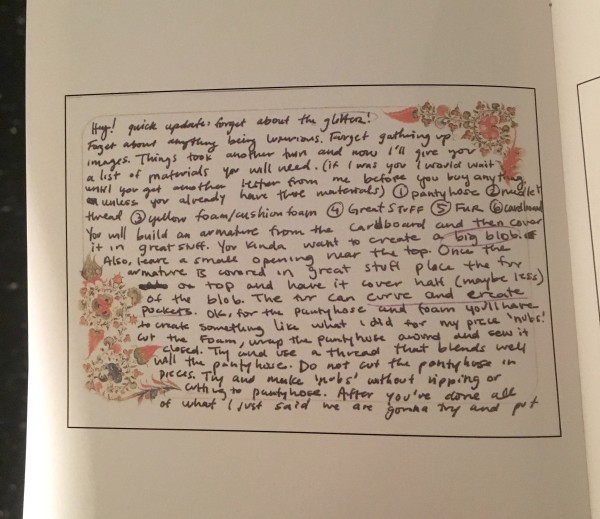 Satellite’s modus operandi is this: one work by each member are grouped together in “sequences.” Each sequence starts with one member corresponding via handwritten letter to the next with an idea or list of materials, and instructions on how to complete the work. The second member completes her sculpture and rewrites the instructions in her own words to the next member, who then completes her piece. Each sequence starts with a different member. The show contains nine works—three sculptures for three sequences—and we’re told that Castillo, Luis, and Gomez didn’t see each others’ works until installation, which makes them either insane or incredibly trusting.

The show ticks along because within the sequences there’s enough individual interpretation to spare it from redundancy, and enough cohesion between sequences to keep the collaboration pointed and meaningful. Each work was created individually, but Satellite contains aesthetic through lines that link the works and authenticate a certain chemistry, which is a kind of materially driven organic-ness that intertwines tactility and the grotesque. And the most successful works in the show are the ones that heighten this tension. 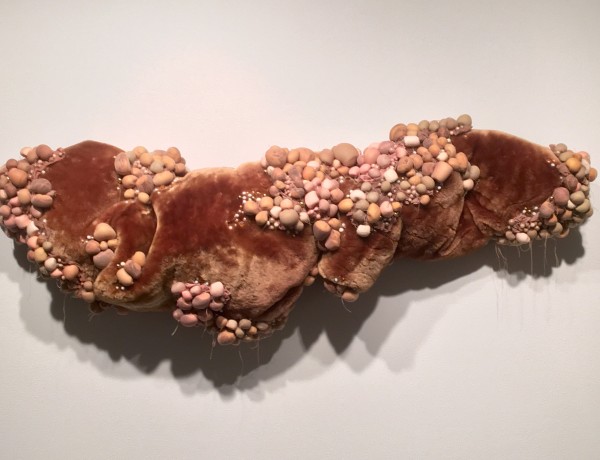 Undulating along the wall like some kind of banner, Untitled (Original) (2015) by Gomez twists like an intestinal teddy bear, replete with pantyhose balls that pop out like russet potatoes and warts. Strings of thread dangle under the balls like tender dingleberries; the entire piece reads like a gorgeous, voluptuous turd, enticing the viewer to run his finger along the sheen of its fur.

Castillo’s Sergio Valente (Copy 1) (2015) also emerges from the wall as a plump set of lips. Made with real rabbit fur, the piece resonates as violent and luxurious, making us want to rub our faces against it like a cat as we recoil from the beige eruptions infecting its upper lip. If there’s a real ‘Sergio Valente’ out there and he’s anything like Castillo’s rendition, he’s possibly a rabbit-killer with herpes. 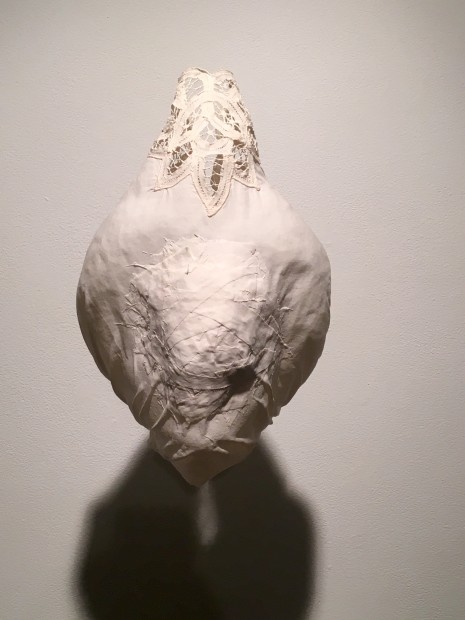 It isn’t stated as such in the gallery’s handout, but the letters between the artists also function as art works, and it was smart to include them. It bolsters the sense of camaraderie among the three, and we can get lost in the instructions that get passed along and misinterpreted. But all the minutiae in the letters, including differences in handwriting, misspellings, the kinds of paper they write on, are indicative also of small breakthroughs, moments of doubt, reassurances, and even dorky references to The Little Mermaid. This is the stuff of actual friendships, and a foundation for a generative and compelling collaboration between artists.

‘Satellite’ is on view in the Cecily E. Horton Gallery at Lawndale Art Center until February 27.

Betsy, I like your witty style of funny and inspiring critique about the exhibit. I also wish there were more pieces in the exhibit, but I guess that requires a lot more time than was available when the artists don’t make a living out of their work yet and have to manage their expressions of talent with manhours invested on time outside of their salary-paying job schedules.
Cheers!

You think so? I thought the nine pieces, especially at that scale, was an appropriate amount for the Cecily Horton Gallery. Just sayin.