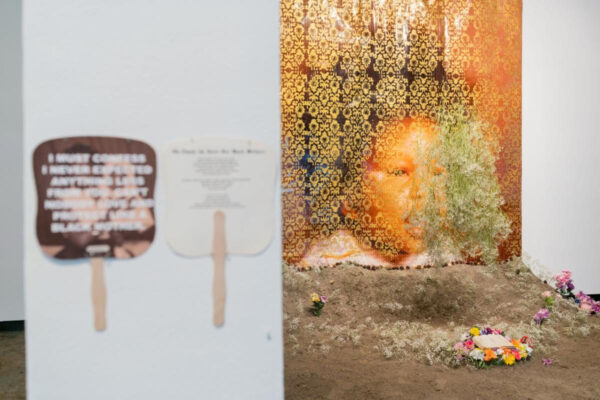 1. Love is a House that Even Death Can’t Knock Down
Lawndale (Houston)
September 17 – December 10, 2022
Read our interview with Jamie Robertson.

“Love is a House That Even Death Can’t Knock Down is a photo-based exhibition that celebrates the sacredness of Black life through the veneration of family archives. This group exhibition is organized by and features the work of mk, Irene Antonia, Diane Reece, and Jamie Robertson. Each artist works with their respective family archives as the grounding element of their creative practice. Collectively, their works address themes of life, death, and memory in relation to a Southern Black experience. The Gulf Coast landscape connects the creative practices of these three families and, while each uses photographic imagery, the exhibition is a multi-sensory experience including smell, sound, and installation elements.” 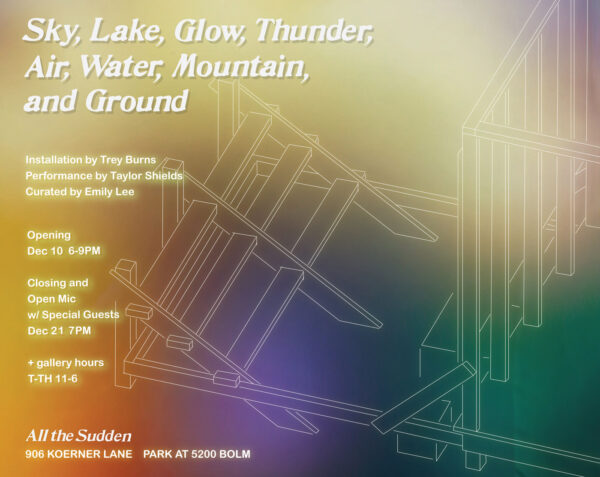 From All the Sudden:

“Trey Burns’s exhibit, Sky, Lake, Glow, Thunder, Air, Water, Mountain, and Ground, is a single, large sculpture that functions as a sort of platform stage with video components. Though sculpture is often thought of as a kind of monolithic subject, this work takes a more secondary role and invites other guest artists to use and change the work iteratively according to their own practices. This exhibit is a reworking of Daguerre’s infamous Diorama–the first cinematographized image of a landscape–that includes elements from the I Ching, or the Chinese “book of changes,” as well as the artist’s own observations regarding post-industrial development encroaching upon Texas’s natural landscapes. Guest performers will be activating the work on both opening and closing nights. Exhibition booklets by the artist and curator will be offered on site.” 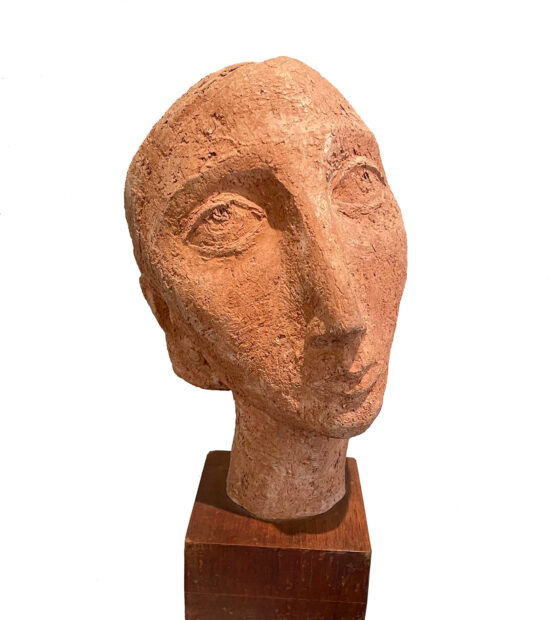 Charles Umlauf, “Head of a Woman.” Collection of Dale Huggins and Jonathon Todd.

“Umlauf and His Influence places works by legendary Texas artist Charles Umlauf (1911 – 1994) from the Dale Huggins-Jonathon Todd Collection, side-by-side with works by two of his most brilliant University of Texas students, Maurice Schmidt (b. 1936) and Margaret Stites (1910 – 2003). Charles Umlauf taught at the University of Texas, Austin, from 1941 to 1981. During his long career, he inspired countless students, some of whom, such as Farrah Fawcett, went on to other careers, and others who became world-famous sculptors, such as Luis Jiménez and Bob “Daddy- O” Wade. Alongside the exceptional Huggins-Todd collection of Umlauf’s works, this exhibit highlights two of Umlauf’s students who aren’t internationally known, because they chose to focus their careers on inspiring students in the way Umlauf inspired them. Margaret Stites and Maurice Schmidt helped establish the art programs at small rural colleges in Texas, Stites at Angelo State University and Schmidt at Texas A&M, Kingsville. Their extraordinary art has not often been seen outside of their communities.” 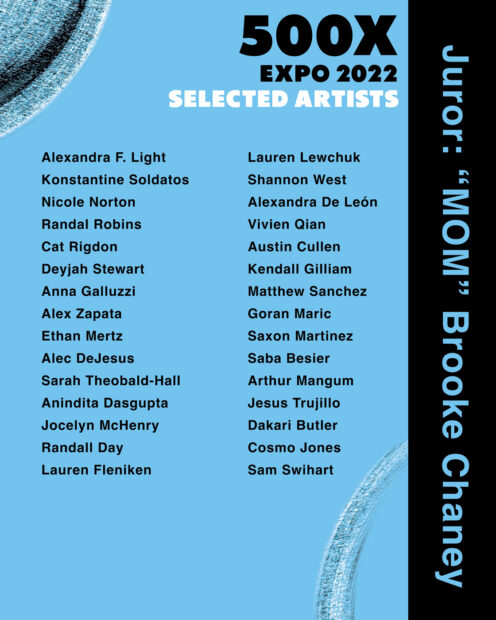 “500X is proud to announce the selected artists for EXPO 2022, an annual exhibition showcasing work from visual artists all across the state of Texas. This year’s exhibition is juried by contemporary and multidisciplinary artist MOM (Brooke Chaney). The opening reception is on Saturday, December 10th from 7-10 pm. The Juror’s Choice Cash Award ($150) will be announced during the opening reception at 8 pm.

The gallery is open 12-5 pm on Saturdays and Sundays. 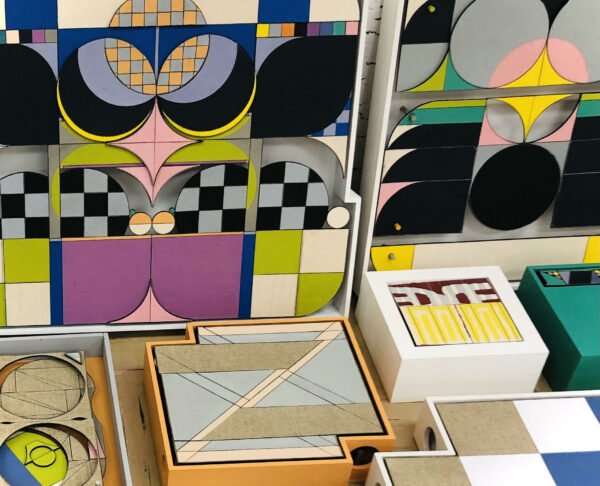 Work by Rob Weingart, on view at Invisible Genie.