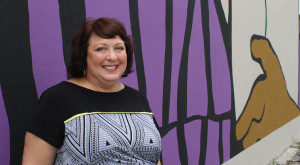 After eight years as Executive Director at Lawndale Art Center in Houston, Christine West has announced her resignation, effective May 8. West says she is leaving “to pursue independent projects and other opportunities.”

West started in the position at Lawndale in 2007, and during her tenure shepherded in key initiatives such as the Artist Studio Program and the Mural Project.  West also served on the board of directors of the Texas Association of Museusm, Glasstire, and the Houston Museum District Association.

The current Chair of Lawndale’s board of Directors, Nicole Romano, writes: “We have been incredibly lucky to have Christine lead Lawndale for the last eight years. She leaves Lawndale in very capable hands with a dedicated Board and staff and together we are making plans for a smooth transition.” The Board of Directors will be putting together a search committee for a new director and will appoint an as-yet-unnamed interim director.

Christine
May all your dreams come true
As you make the whole world an even more artful place.

Lawndale was so fortunate to have been led by Christine West, an inventive and creative lady with unbounded energy. Yea, Christine, you’re pursuing your dreams. Have fun and keep us all posted.

Yikes! Christine, what a surprise! You have done such a superlative job of strengthening Lawndale in every way! You know that Steve and I wish wonder-full things for you!

Thanks Angela, Celia and Elisabeth … and to everyone who has phoned, emailed texted, tweeted and Facebooked – Thank you! I posted this on our Facebook post…but want you all to know too…I am truly humbled by your very kind words of encouragement and appreciation. It has been my great honor and pleasure to work for Lawndale for the last eight years. I am a much better person for having had this amazing opportunity. I can’t begin to describe how much I have grown because of the generosity and courage shown by the 1000’s of artists I have met and worked with here, the tireless dedication of the MOST awesome staff in the entire universe and the huge support, energy and enthusiasm given by our board, volunteers and donors. I proudly and confidently step down, leaving Lawndale in their very capable hands and can’t wait to see what the bright future brings. I will hopefully have a little more time to see more art, so I look forward to seeing everyone out and about. Many, many thanks.