“I make art because I have to.”

I’ve heard this phrase a lot: from former classmates during critique to fellow artists in conversation. I think Claire’s boyfriend said it in an episode of Six Feet Under; I even see it written occasionally in this publication. And making art certainly feels like that sometimes—whether it’s a great idea bursting from within or the simple desire to produce an object, wanting to make art can feel exciting, even overwhelming. 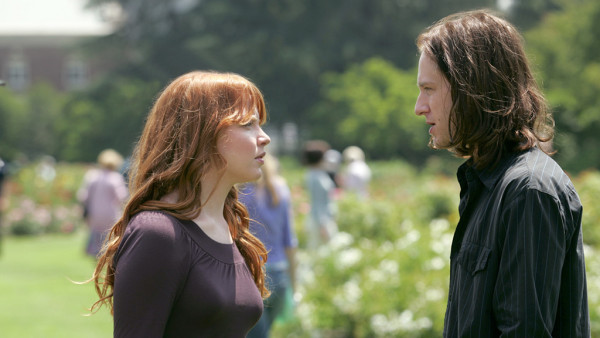 Claire and her art school boyfriend, Russell, from HBO’s “Six Feet Under”

But I’ll readily admit that I don’t make art because I have to. I didn’t make art for most of my life. I became an artist because I stumbled into a sculpture course my freshman year of college. My life prior to art-making was perfectly fine.

There was an exhibit this past summer at the Jung Center in Houston called In Dreams, Visions: Eight Visionary Artists From Houston, one of whom was Frank Jones. A Hunstville prison inmate in the 1960s who drew eerie Casper the Friendly Ghost-looking demon characters he called “haints,” he desperately scrawled them in elaborate drawings, enclosing them in cells so they couldn’t haunt his mind. He produced the work on a by-any-means-necessary basis with the kinds of sparse materials available in a prison, like cast-off paper and blue and red colored pencils. Jones overlaid each red line with a blue one, generating a disorienting, electric 3D flicker. Terror lurked in his drawings, each disturbingly friendly-looking monster dancing amid walls of razor sharp teeth, bending and twisting into flames. After hearing just too many artists making quasi-devotional statements such as the one that opens this essay, or overuse the phrase “obsessed with” in artist statements when they truly aren’t obsessed—they’re actually just interested—it was refreshing (maybe perversely so) to see work by an artist who made genuinely obsessive work because he really had to. 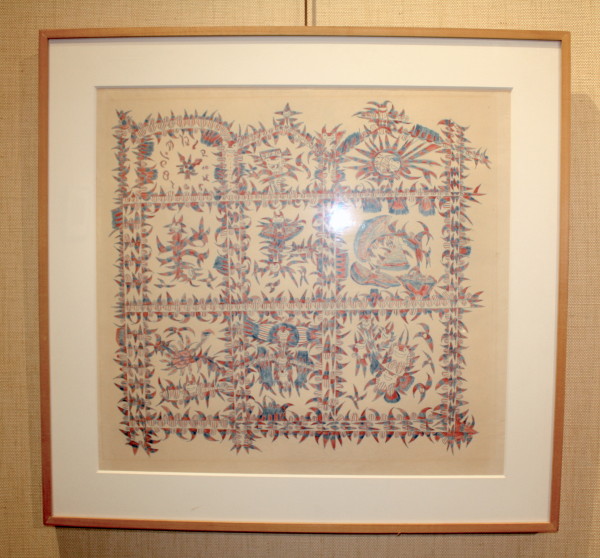 But most, if not all, of the artists I know are, thankfully, not like Jones. I would venture to say the vast majority of artists working today do not have a debilitating mental illness or a compulsion disorder that confines them to a mental or actual prison. Most of the artists I know are everyday people with jobs, significant others or spouses, maybe even kids, with houses and apartments and bills. Of course there are artists like Yayoi Kusama, out there living with mental illness and using art as a mechanism to work through it. But artists like Kusama are the exception rather than the rule.

I do think that there are attributes artists have that separate them from everyone else, which is an intense desire to materialize thoughts that often skew away from societal norms. It is fair to say that most artists want to create something that doesn’t exist comfortably within the “functional,” capitalistic system we’ve built for ourselves. Driven by impulse rather than being forced by compulsion: at this point it seems like I’m arguing semantics. So what is the actual difference, and why is it irksome to me that people, even artists and art lovers, often confuse the two?

The difference is being forced (against one’s free will, in a sense) versus willfully materializing a desire. Certainly Jones derived some kind of satisfaction from his drawings just as Kusama would from constructing her installations, but their art serves as their own flotation devices, preventing them from descending into mental oblivion. So often artists declare their “obsessions,” wistfully tossing around romantic notions that for others are genuine, inescapable, and sometimes crushing hardships. 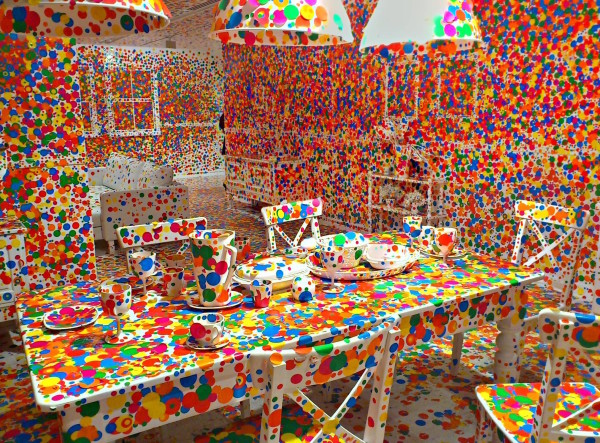 But I think an artist’s false claim of compulsion goes beyond the annoyance of insincerity. The real problem is that it propagates the well-worn mythos of the artist as the damaged eccentric, tooling around in her studio, narcissistically creating objects that serve no real function in the world. I’ve heard it lamented more than once, usually with at least a tinge of guilt, that art is purposeless. I believe artists often rationalize their so-called meaningless work by telling themselves and everyone else that they simply cannot help but create it.

It might be easy to feel this way isolated in one’s studio, or attempting to explain one’s work to a clueless relative who can do little else other than return a blank stare. But the opposite couldn’t be clearer to someone like me, a teacher who sees Bloom’s Taxonomy plastered all over the walls at her school—a chart whose pinnacle is labeled “create.” Although it may evade rationality and be difficult to quantify, art most definitely serves a specific function, which is to proliferate abstract, critical thinking and dialogue. It’s important to remember that we are societally privileged enough to create things, not forced into making them. Art matters, and it’s time many of us stop qualifying the objects we make as some form of an addiction, and instead as a choice to contribute meaningfully to the world. 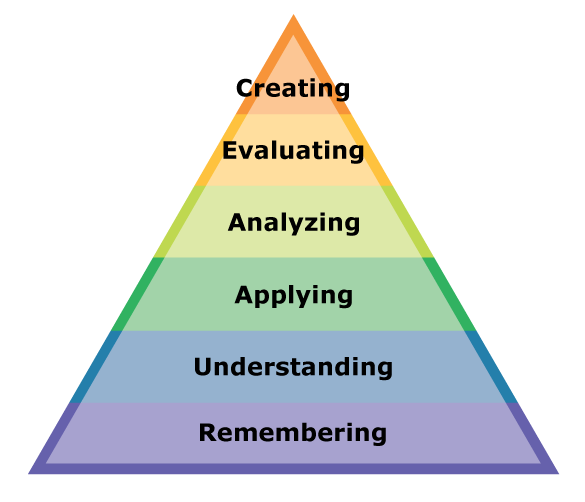 I still often think about my classmates: I graduated with an MFA from the University of Houston about a year and a half ago. I think back on them absorbed in school, some of them idealistically declaring the very statement I’m arguing against. I stay in touch with some of them, but I wonder about them: who’s thriving? Who’s floundering? Who’s completely given up?

I think about statements like I make art because I have to, and I think about the staggering statistical numbers of MFA graduates who quit making art less than a year out of school. I wonder how many naive students have said this very statement with all the sincerity in the world, only to fizzle out shortly after because their “obsession” just wasn’t enough to keep them motivated. Would their fates have been different if we didn’t treat art-making like a co-dependent shackle and instead like a relationship that takes hard work to grow and develop—that needs time, love, patience, balance?

Good points here. I wonder if those that claim art is a “compulsion” are young artist, say late teens? I am dying to ask the posters of “I make art as a compulsion,” statements on my art forum-for their age. But it would come off as a rude question. It’s not a diss though. It’s not a crime to be a teen artist. I am just curious if the art as compulsion motivation continues beyond the 20’s, into later life decades.