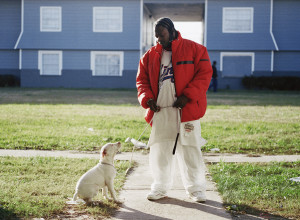 Documentary photographer Peter Beste, who grew up in the Houston area, is probably best known for his photo series and book True Norwegian Black Metal, which came from spending seven years in Norway photographing the bizarre, insulated and secretive community. Now, he is releasing Houston Rap, for which he and writer Lance Scott Walker immersed themselves for eight years in Houston’s rap culture beginning in late 2004. Many of the photographs were shown in an exhibition of the same name at the Houston Museum of African American Culture this past spring.

Houston Rap profiles many of the biggest names in the scene, and includes a forward by Bun B. The book will not be available in bookstores until November 25 but diehard fans may wish to pre-order through the publisher, where there are extra options not available in stores.

Five-Minute Tours: Danny Simmons and TAFA at the...

Houston rap scene is legendary and has been around since day one.