Upon Charles Adams’s retirement, multimedia artist Zach Morriss will manage the Charles Adams Gallery in Lubbock. As the new gallery director, Mr. Morriss plans the continued promotion of regional and Texas artists, and will also rearrange the space to accommodate rotating solo and juried exhibits. 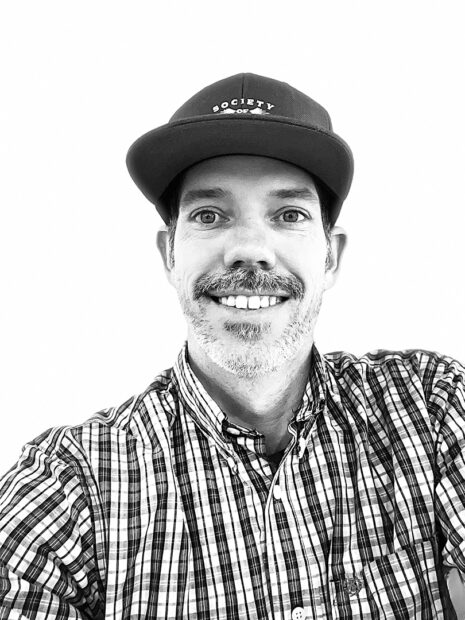 As part of the October First Friday Art Trail, Charles Adams Gallery will boast new work from Sara Waters, who is based in the nearby town of Slaton, Texas. Mr. Morriss states, “In general I’ll be focusing on Texas artists, which is really saying artists from all over the world who also live in Texas! The sky’s the limit, here.”

Mr. Morriss has lived in Lubbock since 2015, completing his MFA in Painting and Sculpture from Texas Tech University in 2018. Since 2018, Mr. Morriss worked for Charles Adams Gallery as a Metals Fellow and framer. His work has been shown in notable exhibitions, including the 2021 East Austin Studio Tour, the Marfa Open in Venice and Farrara, the 5th Annual Artspace111 Regional Juried Exhibition, and the 2017 Texas Biennial. Mr. Morriss’ own practice will inform how he operates the gallery; it will be modeled after spaces where he has had positive experiences in the past, with a focus on communal attitudes. Mr. Morriss plans to host an annual juried exhibition, and will travel to speak with artists. He recalls, “as a curator, Leslie Moody Castro made visits all over the state during [the 2017 Texas Biennial] — that was really impactful.”

When discussing the legacy of the gallery, Mr. Morriss notes, “Running Charles Adams Gallery was less of a purchase, and more of a gift — I can’t tell Charles ‘thank you’ enough. Carrying his name is like carrying the art trophy around Lubbock…he’s been the support not only to artists but the community. Looking around at CASP you can see that this man had a vision.”

Of Lubbock’s place in the larger Texas art scene, Morriss told Glasstire, “It’s the Hub City! Though, when ordering [things for the frame shop], Lubbock is the truck driver’s last stop. Still, the community takes on newcomers, and the audience here is pretty receptive to seeing new things.”

Mr. Morriss hopes to provide the same “full-time” viewing experience as his nonprofit neighbor, the Louise Hopkins Underwood Center for the Arts (LHUCA): rotating exhibitions with regularly open doors. In Lubbock, Mr. Morriss sees that “there is room for experimentation, room for failure…room for success!”

Charles Adams to Retire From Namesake Gallery in...

Thank you, Glasstire and Hannah Dean, for the wonderful little snippet. I’m looking forward to the future of the Gallery and can’t wait to include you all in the news to come.