On May 25, 2022, one day after the tragic mass shooting at Robb Elementary School in Uvalde, Texas, Monica Maldonado and her Austin-based nonprofit MAS Cultura launched a fundraiser to support sending two Austin-based artists who are originally from Uvalde back to their hometown to create a mural. 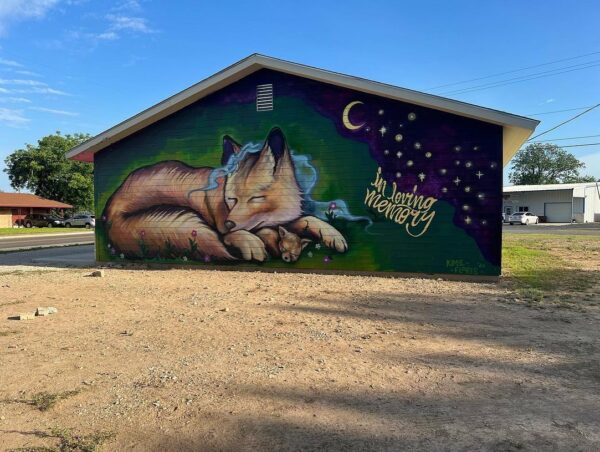 Artist Kimie Flores, who attended Robb Elementary as a child, and photographer Jay Ybarra completed the piece in early June. Two additional murals, created by ​​Cease Martinez, Alvaro “Deko” Zermeno, and Philly Mendieta, were also completed during that time. The original $2,500 fundraising goal was met quickly, and funds were used to cover the cost of supplies, lodging, travel, and meals. 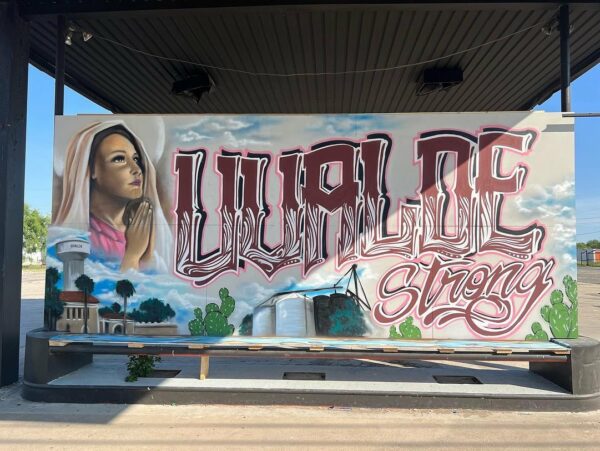 After allocating money to sponsor the artists, a portion of the funds were used to support the Uvalde community through the purchase of children’s books on grief, and through funding a community memorial event which took place on June 5. The Uvalde Mural Fundraiser on GoFundMe has now raised a total of $13,806, which will be used to complete a series of 21 additional murals, one for each victim of the shooting. While the funds are substantial and are being used to purchase supplies and pay for lodging for the artists, all of the artists involved are volunteering their time.

The idea of creating memorial murals for each of the victims originated with Abel Ortiz, an Uvalde-based artist and professor at Southwest Texas Jr. College, who runs ART LAB Contemporary Art Space in the city’s downtown. Mr. Ortiz and Ms. Maldonado are working together to organize the project. A post on the ART LAB’s Facebook page states that from July 9 through August 20, 2022, artists from across Texas will travel to Uvalde to complete the murals. Each mural will be a collaboration between multiple artists, some of whom will focus on the children’s portraits. Ms. Maldonado and Mr. Ortiz have worked to identify and coordinate artists and mural production, and are seeking permission from each of the victims’ families prior to the start of mural production. 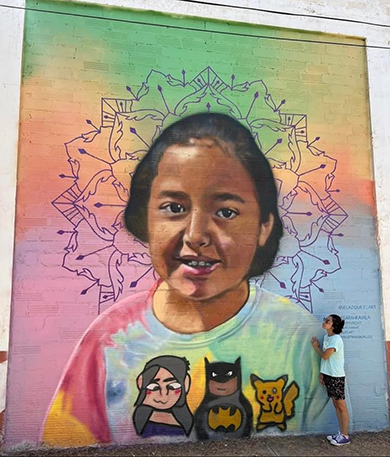 Alithia Ramirez’s mother stands by a mural memorializing her. The mural was painted by Juan Velazquez and Sarah Ayala.

This past weekend, Juan Velázquez and Sarah Ayala of Fort Worth traveled to Uvalde to complete one of the first murals, which is on an exterior wall of the ART LAB. Their piece was in honor of 10-year-old Alithia Ramirez, who dreamed of one day attending art school in Paris.

Mr. Velázquez told Glasstire, “I was contacted by Monica and she said she wanted to paint some murals for each of the victims in Uvalde… I wanted to do it if I could paint Alithia Ramirez because she was an artist. I remember seeing her drawings on the TV and it caught my attention because I felt like we were connected through art.”

In an Instagram post after the mural was completed, Mr. Velázquez stated, “Me and Sarah Ayala got to meet Alithia Ramirez[’s] dad and for me it was the most emotional part of the trip, I didn’t know what to say so I just told him ‘I’m so sorry.’” Mr. Ramirez told the artists that he was especially happy to see that they incorporated some of his daughter’s drawings into the mural.

Just this week, Houston-based Cease Martinez, assisted by Analisa Vela, painted a mural memorializing Irma Garcia, one of the two teachers killed by the gunman, and her husband Joe, who died two days later from a heart attack. The mural creates a colorful frame around a black and white image of the couple. To the right of the image are lyrics from Louis Armstrong’s “What a Wonderful World.” 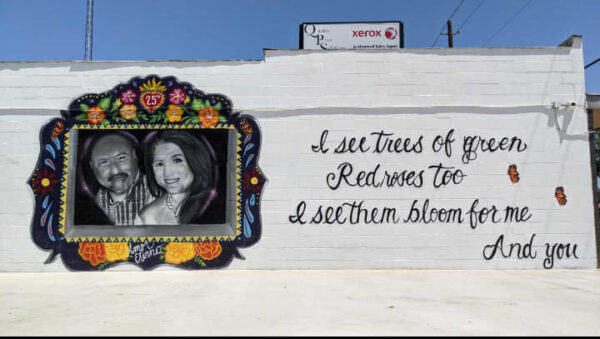 Mural of Irma and Joe Garcia painted by Cease Martinez and Analisa Vela.

In a post on Facebook, Mr. Martinez said, “Even though this was a tough mural to paint in extreme heat, my heart wouldn’t allow me to think of anything else but completing this piece… Many stopped to offer words of encouragement, thanks, drinks, food, or to just watch us paint. We were blessed to have Joe and Irma’s daughter stop by. She was pleased with the progress and provided the lyrics we used for the piece.”

On social media, Ms. Maldonado recently announced that the next mural will be painted by San Antonio-based artist Sandra Gonzalez and will be a memorial for Eva Míreles, another of the teachers killed during the attack. The mural will be about thirty feet long and will capture some of the things that Ms. Míreles loved, including a mountain landscape.