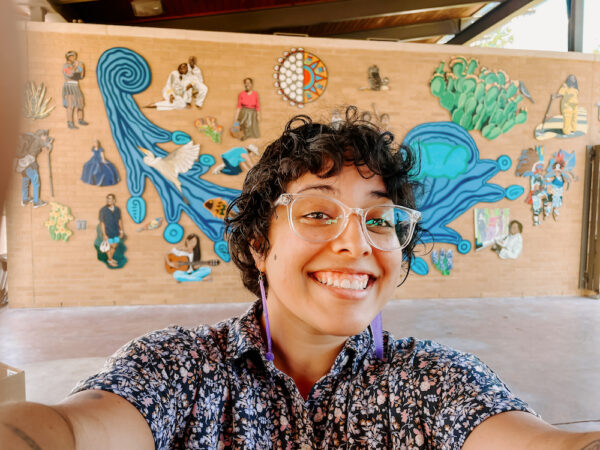 Suzy Gonzales takes a selfie in front the her mural on the campus of San Antonio Museum of Art, 2021

Earlier this month, the San Antonio Museum of Art celebrated the completion of three community-inspired murals with an unveiling at Tony G’s Soul Food, one of the mural sites. The ambitious project was announced in April after SAMA’s receipt of a $20,000 grant from Art Bridges, an arts foundation established in 2017 by Walmart heiress and art patron Alice Walton. SAMA selected three artists to lead a community engagement process and create murals at Tony G’s in East Side San Antonio, Wicho’s Mexican Deli on the West Side, and the pavilion on SAMA’s campus next to the Taihu Rock overlooking the river. Community members in each area voted on different mural concepts in July, and the projects were completed in August. 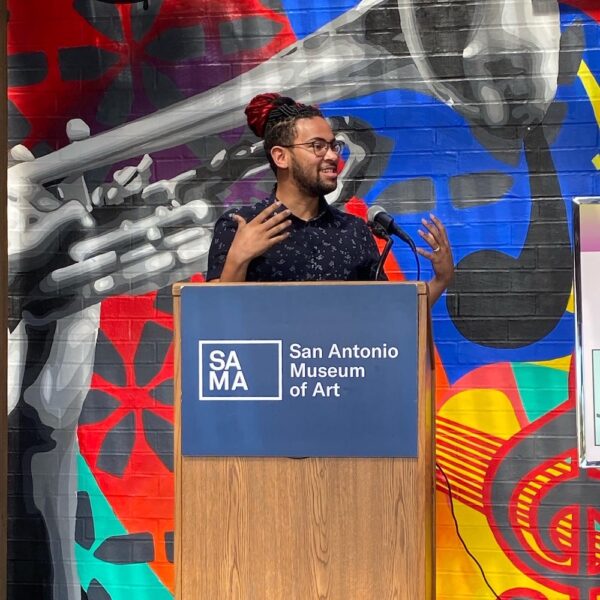 Wolff, 80, recalled catching gigs at legendary East Side venue Eastwood Country Club in the ‘60s. He praised the ongoing cultural rejuvenation of the East Side, noting that his granddaughter just bought a house nearby. His office oversees mural creation in the San Pedro Creek Culture Park.

McKee-Rodriguez, a progressive candidate who won the District 2 seat in a June runoff, remarked that this mural site would be a place “where many stories are shared.” He is currently advocating for a portion of the city budget to include funds dedicated to the creation of more murals on East Side businesses.

“What I’m specifically proposing would be a grant program so that businesses who would like to add murals to their property, who would like to add murals as a focal point of their restaurant, of their store, of their barber shop, they’d be able to apply and we would work with the San Antonio Arts Commission or the San Antonio Museum of Art, who would work to get muralists to come and do that,” McKee-Rodriguez told Glasstire. “They wouldn’t have to worry about paying, they would get that grant, and then the city would make sure that the artist was commissioned, and paid well.” 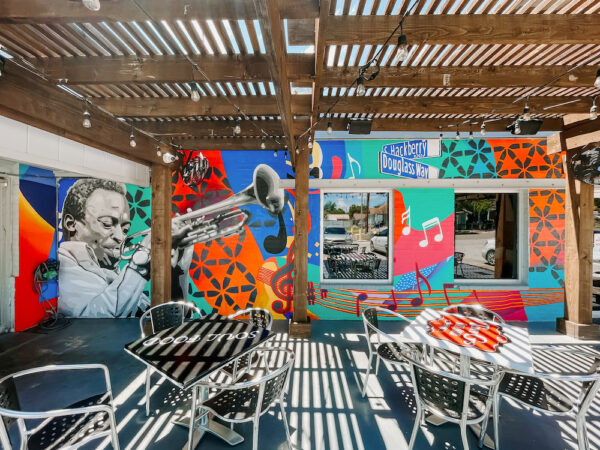 The mural at Tony G’s Soul Food, by Sandra Gonzalez

The mural at Tony G’s Soul Food, by Sandra Gonzalez, pays homage to the East Side’s long history as a haven for Black musicians, featuring larger-than-life portraits of Miles Davis and Etta James in dynamic polytab paintings on two sides of the building.

The West Side mural, planned by artist Victor Zarazua to reflect the landscape of this storied and culturally rich area, was completed by Cesar Garcia after Zarazua suffered a stroke during the creation process. (Donations to support his recovery can be made via GoFundMe.) Ben Tremillo, executive director of longstanding West Side cultural institution and community mural organizer San Anto Cultural Arts, thanked the venue, Wicho’s Mexican Deli, saying, “It’s important to have wall owners who believe in this kind of thing.” 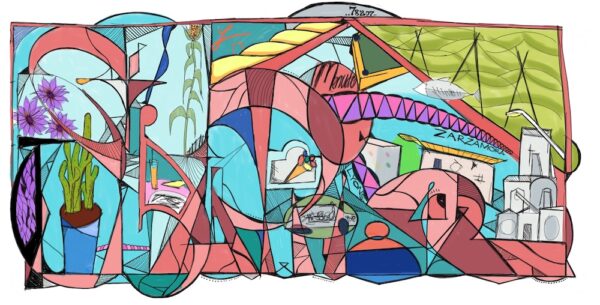 Victor Zarazua’s design for the West Side mural 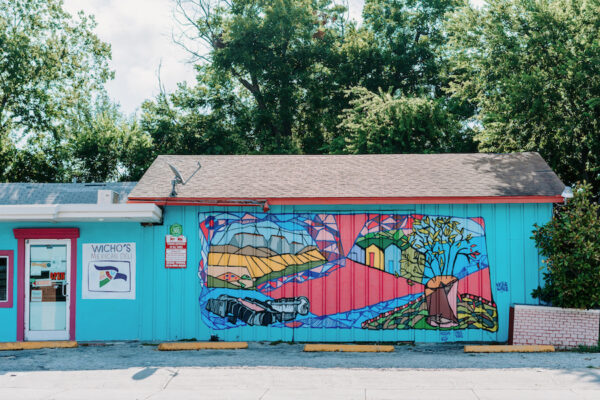 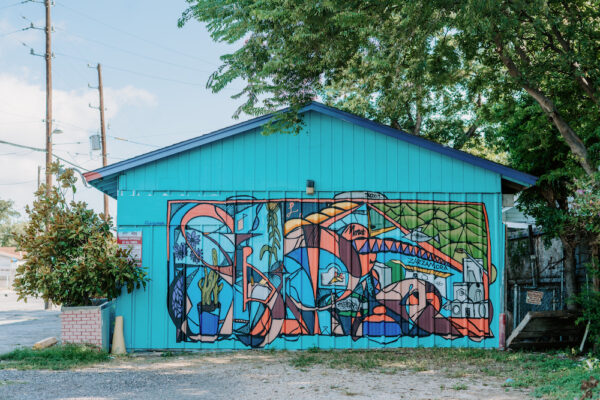 Mural and design by Suzy Gonzalez, created with the help of community members.

The mural at SAMA, by Suzy González, is a wood panel collage drilled into the brick wall of a public pavilion. It features local artists, poets, and musicians situated alongside a depiction of the Yanaguana river — the precolonial name for the San Antonio River on which the museum sits. The SAMA mural was officially unveiled in a ceremony the day after the press event at Tony G’s, during which it was blessed by members of the Tap Pilam Coahuiltecan Nation.