Big Medium, an Austin-based nonprofit dedicated to supporting and exhibiting artists, and The LINE Austin, a historic hotel located in the city’s downtown, have announced the 2022 LINE Residency artists.

Local artists VLM (Virginia L. Montgomery), Hannah Lee, Charles Ben Russell, Alexis Hunter, Amanda Fay, and Kevin Muñoz make up the 2022 cohort. Each artist has been assigned a six-week residency period during which they will have access to a private studio space at The LINE Austin, and also to the hotel’s various amenities, such as a 24-hour gym, its pool, and free bicycle check-outs.

During their residencies, artists will hold open studio hours and will host a public event, pending COVID-19 restrictions. Learn more about each artist via the biographies below, provided by Big Medium. Click the links below to see more images of their work. 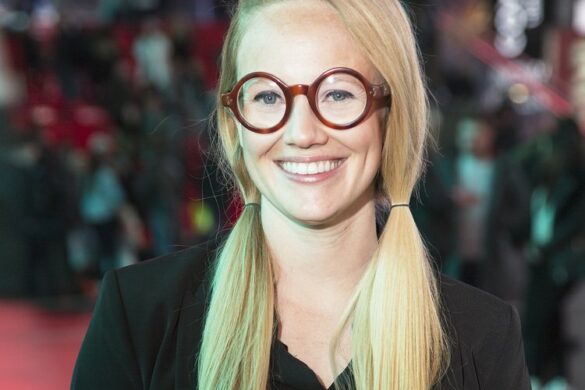 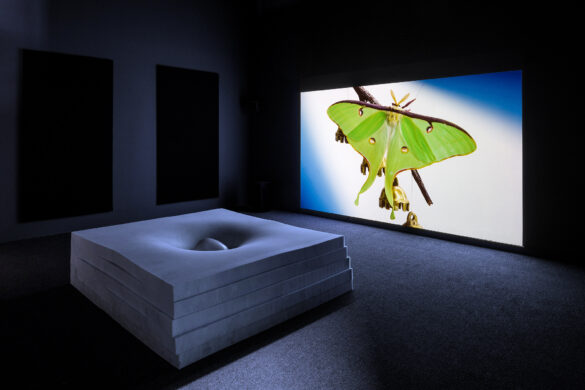 VLM (Virginia L. Montgomery)
January 17 – February 27
VLM (Virginia L. Montgomery) is a multimedia artist whose projects reveal everyday magic in the world around us. She received her BFA from The University of Texas at Austin in 2008 and her MFA from Yale University in Sculpture in 2016. Working across video, performance, sound, and sculpture, her artwork explores atomic consciousness from a metaphysical feminist POV. Her artwork is surreal, sensorial, and symbolic. It blends together mysticism, science, and autobiography. 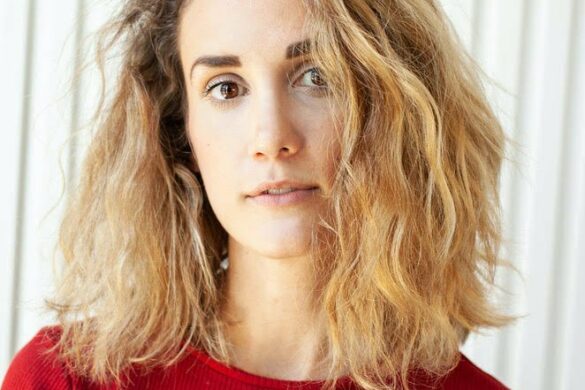 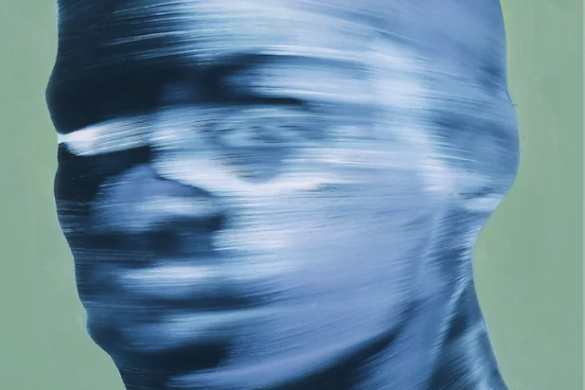 Hannah Lee
March 14 – April 24
Hannah Lee was born and raised in Louisiana. She received her BFA in Painting from Baylor University in 2012 and her MFA in Painting from The New York Academy of Art in 2020. Hannah recently had a solo show at Cloud Tree gallery in Austin, and her work has been in numerous group exhibitions including local galleries Martha’s Contemporary and Canvas ATX. This year her work has been featured in New American Paintings #153 and Create Magazine #27. She has an upcoming solo show planned for May of this year with Spellerberg Projects. 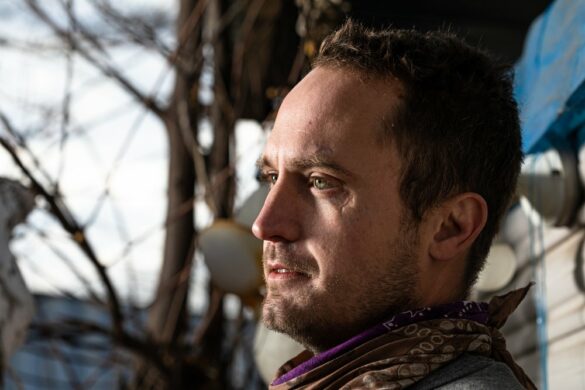 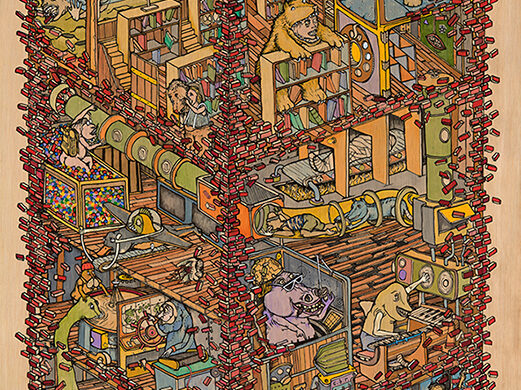 Charles Benjamin Russell
May 16 – June 26
Charles Benjamin Russell is an artist/illustrator musician b. 1986 in Linden-Kildare, Tx. He has been a practicing visual artist for over 10+ yrs, with his main focus being ink and watercolor illustrations on paper and wood. Charles is self-taught. He has developed his original style of  uniquely whimsical, dark, and humorous worlds of interconnected characters by way of trial, error, and time. 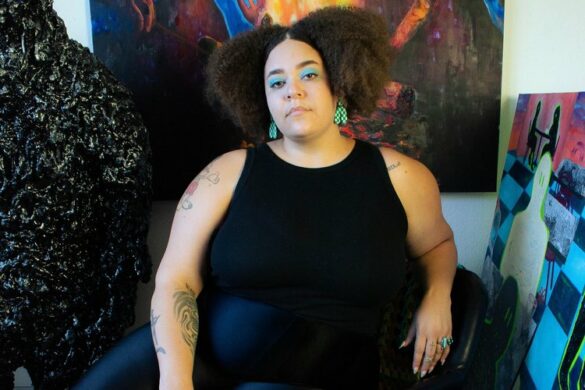 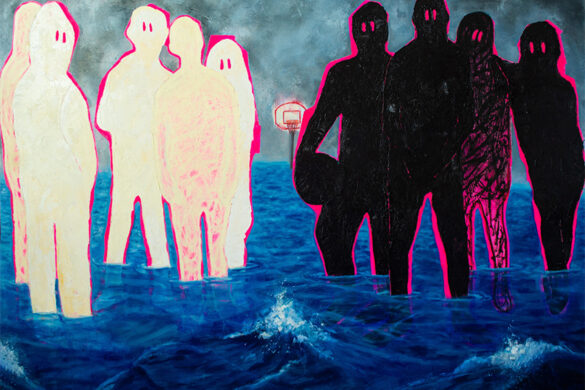 Alexis Hunter
July 11 – August 21
Alexis Hunter is an identity-based, new media artist working in sculpture, painting, and performance. She will be graduating in 2022 with a BFA in Studio Art from Texas State University in San Marcos, Texas. Her work has been exhibited across central and south-central Texas, with her most recent exhibit at the George Washington Carver Museum in Austin. Her work resides in both private and institutional collections. Alexis was born in Seattle, Washington, but currently lives and works in Austin. She’s under the mentorship of Sara Vanderbeek and Courtney Cone. 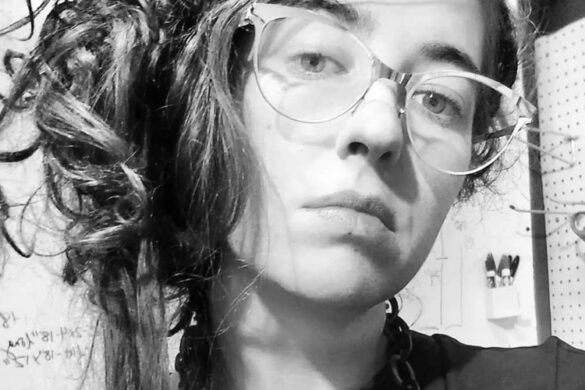 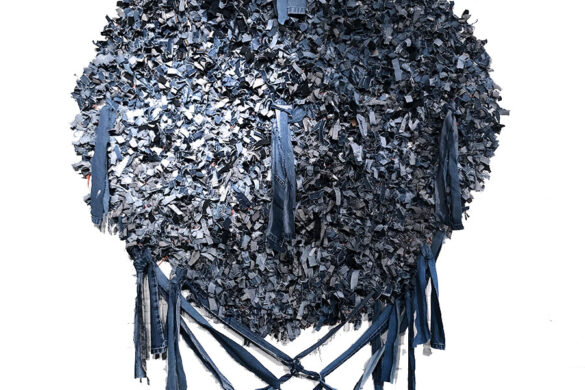 August 29 – October 2
Amanda Fay is an artist based in Austin, Texas, raised in Alexandria, Virginia. Her work is grounded in her BFA focus in Fiber Arts, which she received from The Savannah College of Art and Design. Drawing inspiration through the language of traditional world textiles, their making processes, and historical context, Amanda elicits abstractions and objects of beauty with deeper underlying meaning. 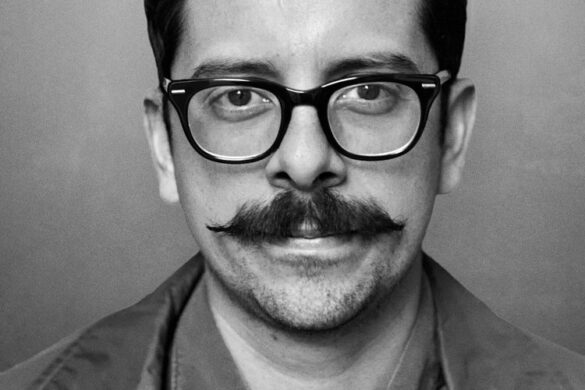 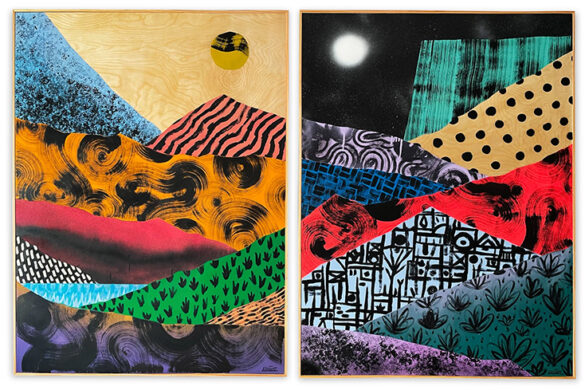 Kevin Muñoz
October 17 – December 4
Kevin Muñoz is a self taught artist who works in a folk realm of warm colors and loose textures to explore concepts of identity, longing and growth. His design background informs his practice as does his upbringing in Southern California to Guatemalan parents. He currently lives in Austin, Texas with his wife and daughter.