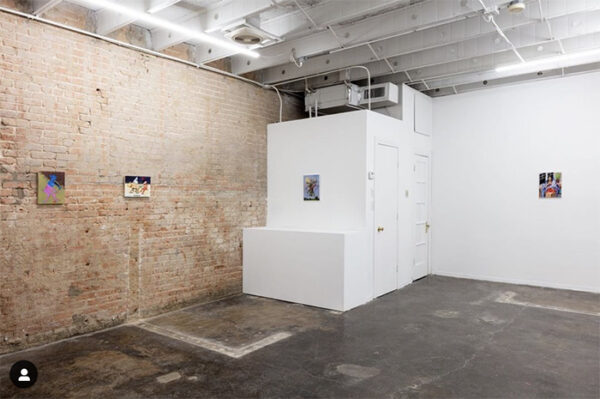 Interior of new location of OFG.XXX at 3715 Parry Avenue.

OFG’s storied past: from Homecoming Committee’s Hands on an Art Body to a Ludwig Schwarz retrospective back to the wall drawings that first emerged on the walls at 209 S. Peak St., Oliver Francis Gallery, a.k.a. Olivier François Galerie, a.k.a. OFG.XXX, has returned to Dallas and celebrates its ten-year journey showing art.

OFG.XXX now occupies 3715 Parry Avenue, which is the former home of the Reading Room (which closed recently after ten years in the space). OFG’s new show which opened last weekend: Francisco Moreno’s Demons. (The show was featured as our number one pick on Glasstire’s Top Five last week.) 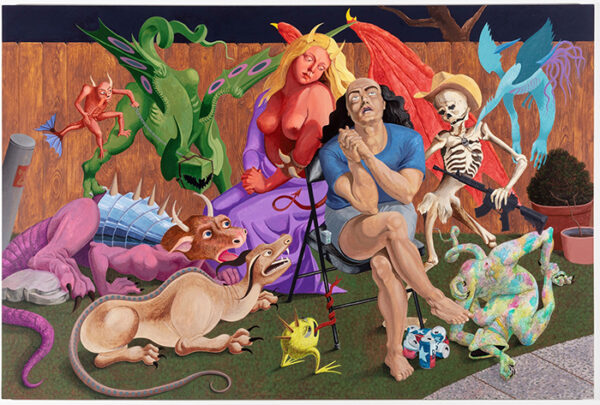 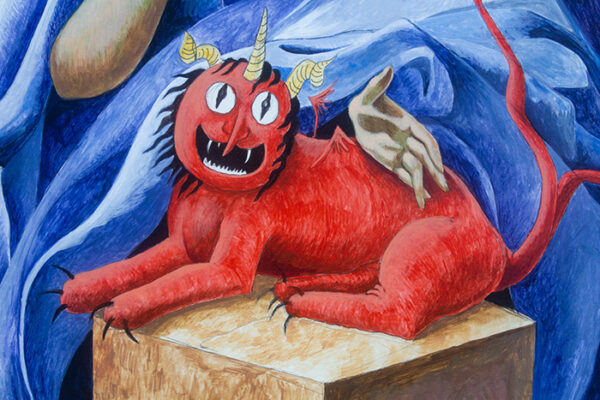 Glasstire had a conversation with Kevin Rubén Jacobs, the founder and director of OFG.XXX, who has produced “more than 50 exhibitions and performances with local, international, emerging, and mid-career artists at the space from 2011 -2015.” In the years since, Jacobs was a curator at the Goss-Michael Foundation in Dallas, founded an art operation called Pushkin & Gogol in Berlin, and expanded that organization to a multi-service art installation and transportation company.

Glasstire: Oliver Francis Gallery became quite the hub for new art in Dallas when you launched. Could you tell me a bit about those early days and what  became of the gallery?

Kevin Rubén Jacobs: OFG.XXX (b. 2011) came about through dissatisfaction with the Dallas art scene, ambition to do something better, and as a space to play. I was 22 when I founded the gallery, so there was a lot of hyper/aggro/troll-y behavior embedded. I definitely feel more myself when Oliver/Olivier is present. Know any good psychoanalysts?

OFG.XXX (2011-2015) had a great run showing some of the best emerging artists at the time, and a horrible run of making any kind of money to sustain itself. After 4+ years working full-time at The Goss-Michael Foundation and running OFG (full-time), I felt so burnt out, jaded and apathetic. Afterwards, the gallery turned into a powerlifting gym and knife making studio. I ended up doing a few projects here and there and a couple [of] art fairs in Austin while working normie jobs. I was lost and empty, but jacked! (lol). 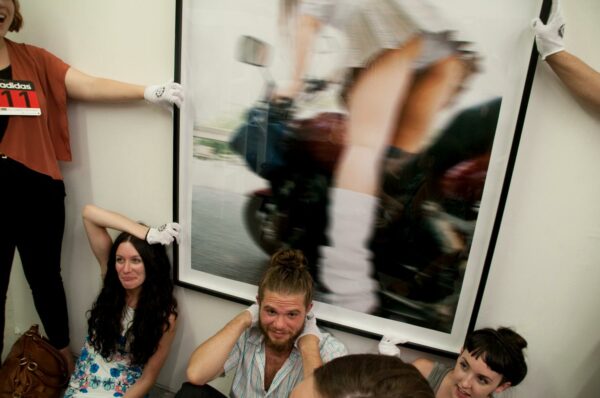 Hands on an art body at Oliver Francis Gallery.

GT: I remember the gym! But also lost track of the gallery around that time. What did you end up doing after that?

KRJ: In 2017, I ended up at a curatorial residency in Berlin at Egill Sæbjörnsson’s studio. Shortly after, I put 6 months down on a space in Charlottenburg and was given a space in Kreuzberg to start Pushkin & Gogol. After some family health issues and getting a gun put to my forehead by the polizei after a false claim made by the owner of the building I was living in [Jacobs later revealed that the owner had thought he was a drug dealer], I decided to move back home :P. Artists Jeff Zilm (<3) and Anna Uddenburg took over the Pushkin & Gogol gallery spaces as art studios. Pushkin & Gogol is now an art service specializing in art installation and transportation (my day job). 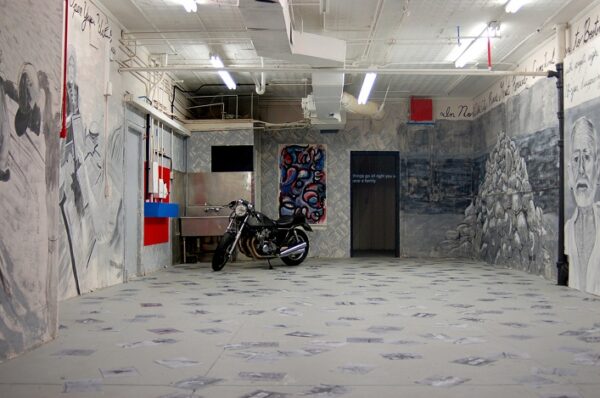 GT: Crazy stuff with the gun play, but glad you survived the incident!

KRJ: My good friend Mike Royal (aka Bleu Levees) shared with me the Japanese concept or ‘reason for being’ called ikigai, and I still wonder. But here I am, 10 years later, restarting Oliver Francis Gallery/OFG.XXX/Olivier François with Francisco Moreno (the first artist shown at OFG). Earlier this year, the Reading Room quietly resigned, and I took over the lease on the beautiful 400 sq. ft., ivy-covered gem in Expo Park. Starting the gallery program with Francisco is the only option. I told him I would only show paintings that included demons. Feels good, man.

GT: Finally, is the new OFG a do-over for you or, same name/new Kevin?

KRJ: nu-me + nu-art. lol idk how to answer this. It’s gotta be new. I miss OFG. I miss the camaraderie and community, the support, the laughs and good times. I want to re-unite and develop new relationships and ideas.

Those new ideas and new relationships launched last weekend with the opening of Demons from Moreno, whose work opened the space ten years ago. 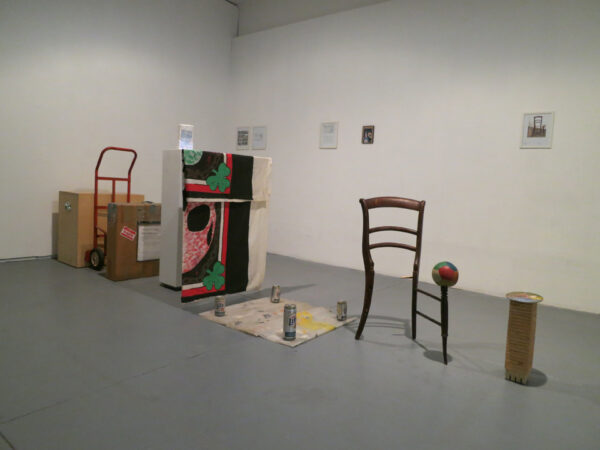 For more information on the exhibition and the OFG.XXX gallery, please visit it website here.