The Reading Room Closes the Book After Ten Years in Dallas

The Reading Room in Dallas, a 550-square-foot art space that faces the east entrance to Fair Park in Dallas, has closed after 10 years of exhibitions, readings, performances, and book swap events. It was founded and operated by Karen Weiner, artist, and the director of the early iteration of UT Dallas’ artist residency program CentralTrak [RIP]. Since the Reading Room’s inception in July of 2011, the space at 3715 Parry Avenue hosted dozens of artists and writers. 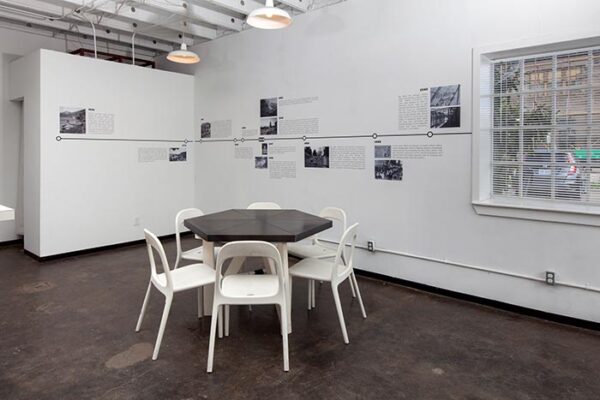 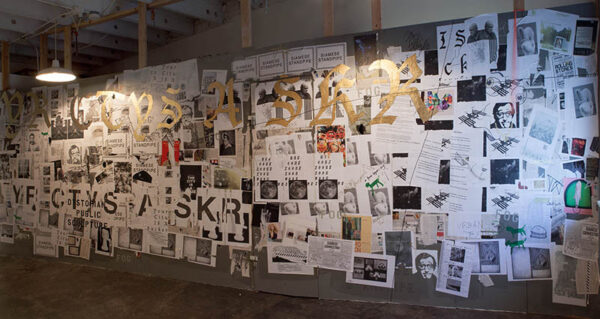 “My goal was always 10 years and that decision was reinforced by the things that happened as that time approached: being in the path of the tornado of 2019, the pandemic, etc. … not sure what is next,” Weiner writes in an email conversation with Glasstire. “The enormous change that has just occurred/that is still in progress (with culture, with technology, with health, with racial equity, the economy), with new definitions of what art is and how it is presented … it’s a lot to digest and respond to. So I’m spending a lot of time in my garden, thinking, reading.”

The self-described “frustrated artist/curator” delves a little more into the early years of The Reading Room, as well as her desire to create a space “where conversations about art could happen and experiments could take place.” She continues: “I wanted artists to respond to the space and to take risks with their work. The focus from the beginning was on text-based work (although it was not always literal).” 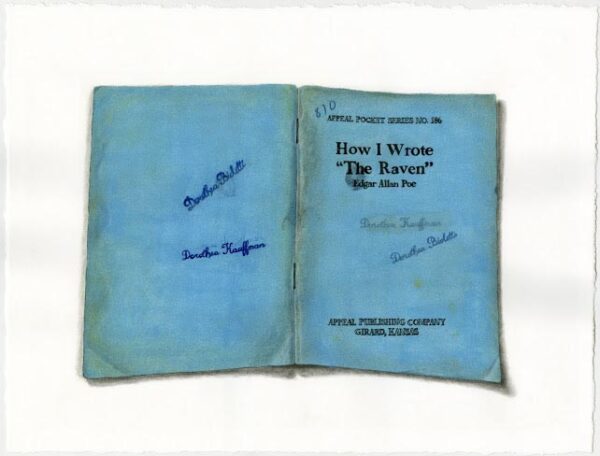 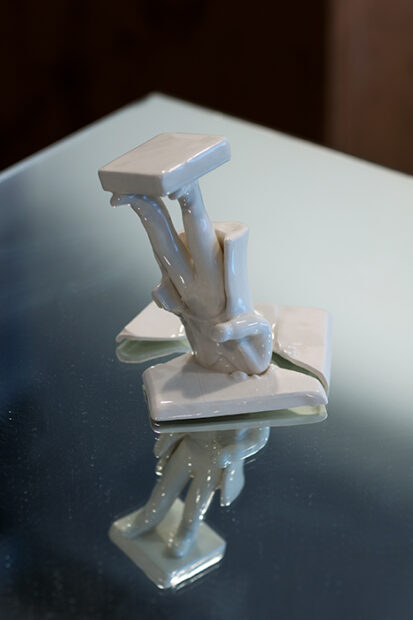 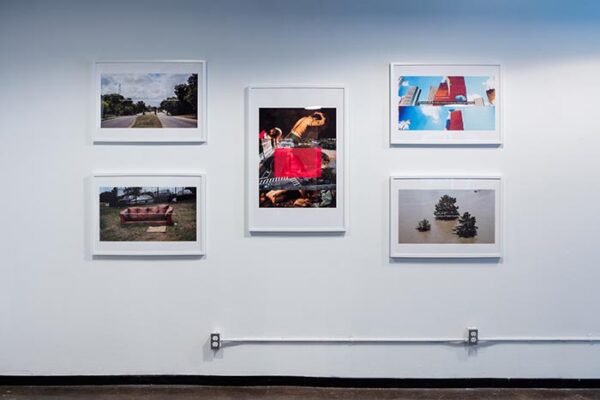 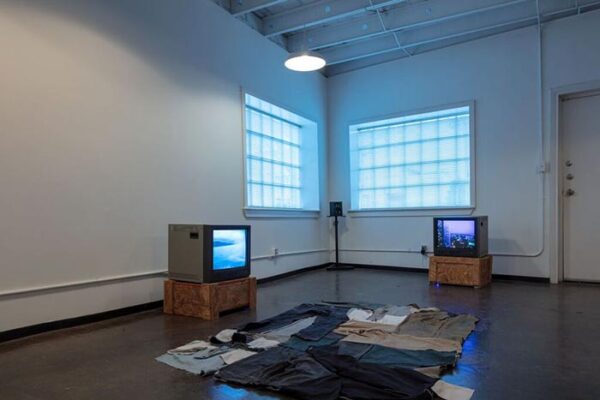 Some of the programs at The Reading Room included a mushroom demonstration by Tom Spicer, an exhibition about hiking the Pacific Crest Trail by Matthew Whitenack, Arthur Peña’s three musical evenings with local musicians and poets when Weiner locked the doors and turned off the A/C, and dozens of others. Weiner writes, “Most artists did not have gallery representation, so this was a place for them to be seen. Most artists were local, some from Texas at large, and a few from other locales (New York, California, Chicago, London). The audience was artists. By artists for artists.” 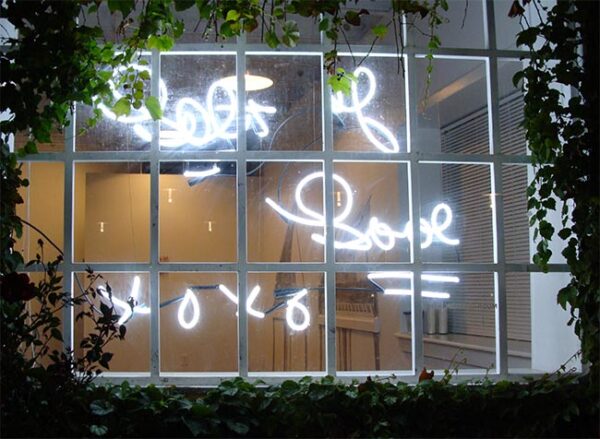 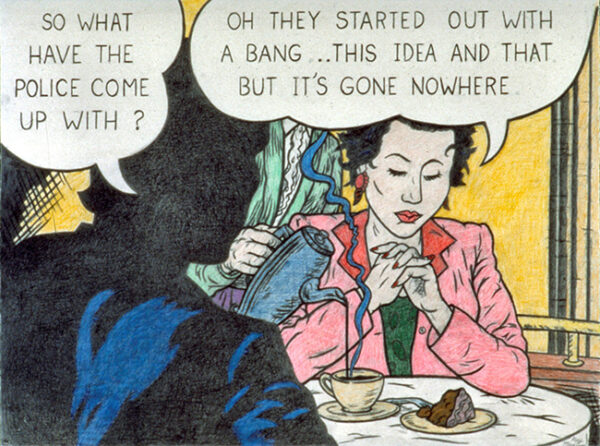 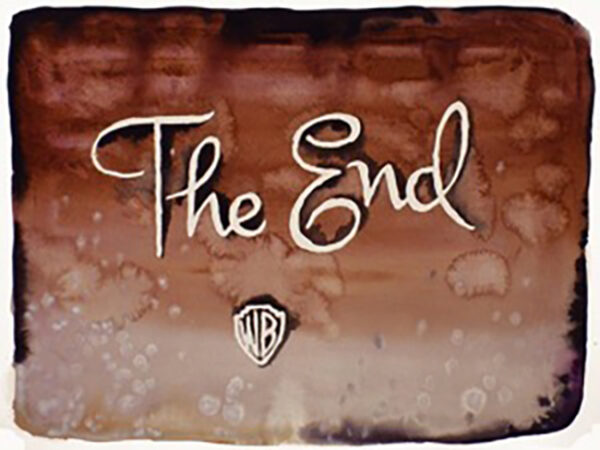 So much gratitude for this tremendous project! Thank you, Karen.

Thank you for this tribute and for Glasstire’s support over the years. I am grateful to all who have made TRR possible.

Of course Karen Weiner is working in her garden and thinking! This is what she did for 10 years as Director of the Reading Room where her keen intellect, creativity and generosity helped to expand and drive the Dallas arts scene forward. She created a space, planted seeds and cultivated an energy of creative and intellectual engagement – combined with humor and play – that was not only unique in Dallas and Texas, but in the United States. Brava!

Yes, thank you Karen for the conversations both personally and via the Reading Room. You’re a gift!

I second everything above, and have to add that Karen has been one of N. Texas’s great creators/human angels. Here’s looking forward to more chapters in her book.

Karen, you created a jewel!

It will be missed. Such a great and extraordinary place. Karen introduced me to other amazing artists. I had a great time at her place.

I noticed this space being used by Ruben What’s-his-name that ran “OFG xx” or something like that for a recent show that opened this month. I wonder if he took over the lease or if he’s using it for the remainder of the lease

The Reading Room was an inspired project and the only place I really wanted to exhibit in Dallas. I’m sorry I missed my chance!

A sincere heart and a clear-eyed instinct about people and their artistic motivations — have been and will remain Karen’s strong qualities.
A quiet and a self effacing approach, so rare in a socially creative intellectual, somebody who is able to light up connections and foster a fruitful network…
The current hibernation will undoubtedly unfold into an unexpected chapter ❤️

What a great work of live, humming art it was. Thank you, Karen.

Congratulations to Karen Weiner on a magnificent success… Who could have imagined in 2011, the sheer breadth and depth, the impact and significance that this small place would have on the minds and eyes of artists and art lovers in Dallas over the next ten years? Nothing can replace it, but everyone who interacted with the Reading Room will always remember it fondly.

For a brief moment, Dallas was on the verge of taking itself seriously as a nexus for art and autonomous institutional spaces that were constructed from the ground up by artists and allies of artists. The Reading Room and other modestly scaled spaces for exhibition and conversation were beginning to approach something like a critical mass less than a decade ago. Young artists straight out of graduate school were flocking to Dallas — or staying in Dallas — forming tight knit social groups, exhibiting collectively, noisily, and often. Corridors of intense activity emerged in old, well established neighborhoods long thought to be beyond the pale. But Real estate speculators and second-rate gentrifiers — unable to figure out a new model for local development on their own — knew better. Our home-grown entrepreneurs took a page from the book of urban carnage written by the likes of those who changed the face of Lower Manhattan, Greenpoint, Bushwick, and Long Island City for the few, and not necessarily for the better. Certainly not for the mixed communities in which artists lived and work and were happily not artist-only ghettoes. The pace of “renewal” in Dallas is so rapid, so devoid of vision, and so rapacious that even the fig-leaf of art and “creatives” — once the useful innocents of gentrification hype — can afford to be discarded. What we have increasingly is a city of high-rises and low-mindedness. Karen’s decision to bring down the curtain on The Reading Room was a personal one, not one made under duress. Whether it could have lasted longer, despite the setbacks mentioned by Karen, is a matter of speculation. Yet the passing of this space — far smaller than a gift shop in even the most modestly-sized public museum — certainly demands a moment of reflection. And while we contemplate the wonder of the outsized impact Karen Weiner and The Reading Room have had on Dallas and its artists, we ought to ask why the life span of such enterprises is so terribly short . . . and what or who will take their place.

What I loved most about the TRR is that it was a place to be curious, which is what also makes Karen a wonderful curator- she asks questions, feels nuance and is simply curious about life’s oddities and makers. Thank you Karen for supporting my work, I’m very grateful and excited for your next chapter! Shipping you a new gardening spade!

So many great shows there. Never commercial, always thoughtful. A shining brief decade. Thank you, Karen

I love me some Karen Weiner! She was an excellent neighbor and generous collaborator to CentralTrak. Onward and Upward! <3

KAREN has been a critical ‘behind the scenes’ contributor to the down low, quiet shadow workings of a developing Dallas art scene since I met her 30 plus years ago. Producing work, supporting artists, and then curating these last 10 years in her opus work ‘The Reading Room’. A culmination of so much acquired knowledge of what works and what is needed and certainly done in much the same way work is created- in a small, quiet, intimate space of contemplation and experimentation. Eloquent, evocative, spiritually and intellectually engaging -what more could one do? A huge Thank You Karen, It will be missed!!

The quiet deep thoughtfulness of Karen’s approach to the Reading Room set an influential counterpoint to the commercialism of art.
For ten years the Reading Room provided a sanctuary for those in the Dallas art community who sought contemplation and reflection. As Greg Metz described, Karen has been involved in our community in a variety of roles for over 30 years. The Reading Room was possibly her most effective effort to date, but maybe she will continue her somewhat underground approach to educating and guiding all of us. I hope so!