Hansen & Cravens Find Their Way at The MAC, Dallas 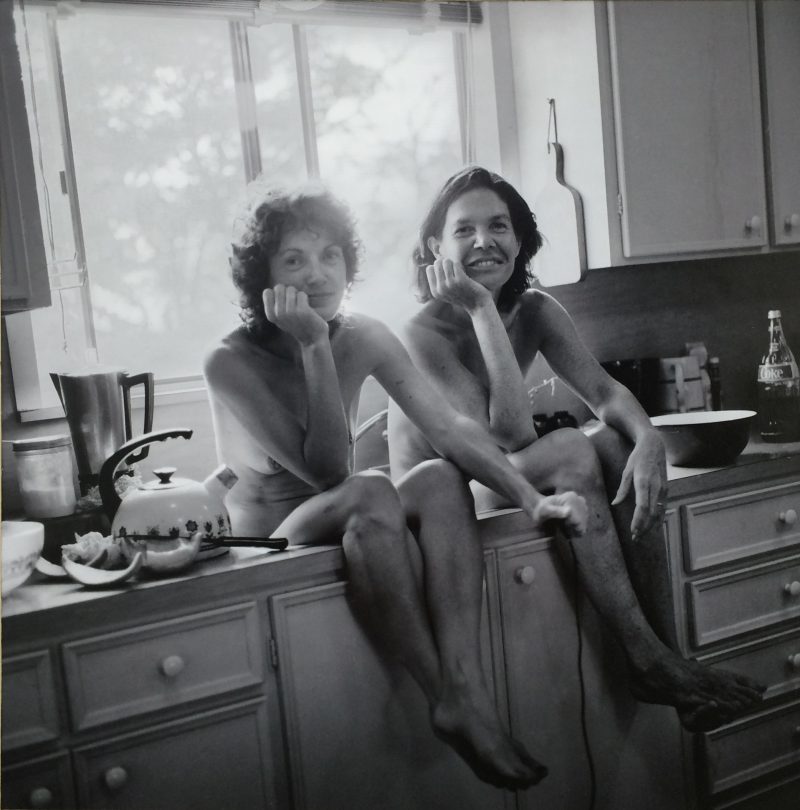 Finding Our Way, made visible through a camera lens is an exhibition and visual diary of two women’s journey in discovering their authentic selves against the backdrop of  cultural upheaval during the second wave of feminism. I had the pleasure to receive a private tour of the exhibition with curator Rachel Rogerson at The MAC in Dallas on May 19, 2020.

Mary Margaret Hansen and Patsy Cravens began photographing one another in 1981. Shooting hundreds of rolls of film over the years, their portraits capture domestic spaces as well as the Texas outdoors, photographing near Craven’s family farm in Weimar, Texas (which is about a 90-minute drive due west from Houston). 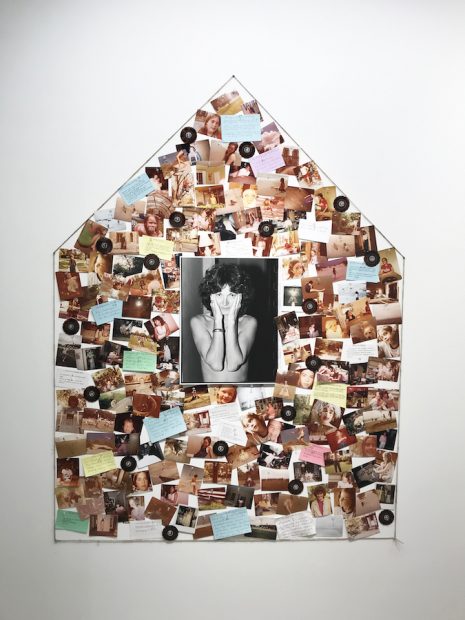 I confess that I was originally put off by the premise of the exhibit — two friends photographing each other nude outdoors brought on thoughts of Marlo Thomas’ Free to Be You and Me. And while there is some of that in the work — the two artists do appear running free in a land, “bright and clear,” by a river — at its core, the photographs communicate resilience, strength and the perseverance of these two young women who were determined to break out of the gendered confines of the time to discover themselves artistically.

There’s quite a bit of subversive humor in both the text and images. Imagine a recipe that includes a shot of Anne Brigman’s courageous and majestic self-portraits, some of Hannah Höch’s Dadaist sensibility and Martha Rosler’s domestic subversion, mixed with a dose of Texas sky and good ol’ boy notions of marriage. Those references all surface in Hansen & Cravens’ work. 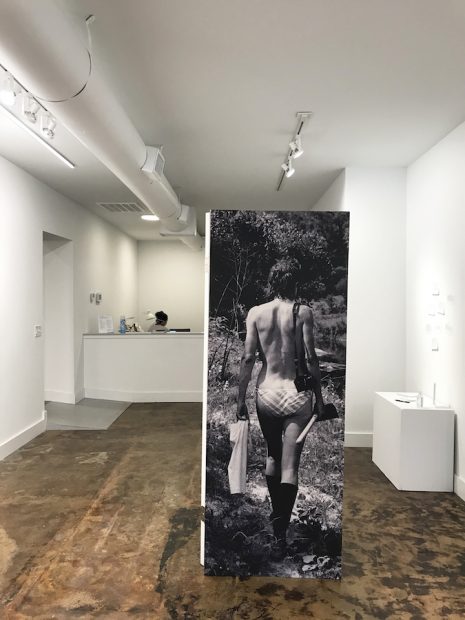 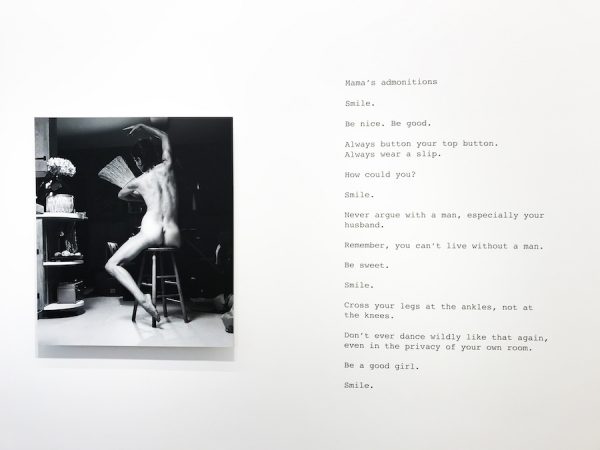 In the first gallery, a human-sized cut-out image of Cravens’ back greets the viewer, as if to say follow me if you dare. The two side walls feature text and image works as well as collages from a series titled The Dejected Housewives. One photograph by Hansen features Cravens in a seated embrace with a broom. The gesture is at once formal and intimate. The accompanying text is titled Mama’s admonitions including “never argue with a man, especially your husband” and “remember you can’t live without a man.” I think about myself in 1981, a freshman in art school in New York City, convinced I would escape the trappings of marriage and children. However, I grew up with my Texan grandmother’s admonitions — children should be seen and not heard, don’t stick out your tongue or a crow will peck it off, and it’s just as easy to marry a rich man as a poor man. Ingrained societal gender roles are not easy to rupture, especially living in a rural area. 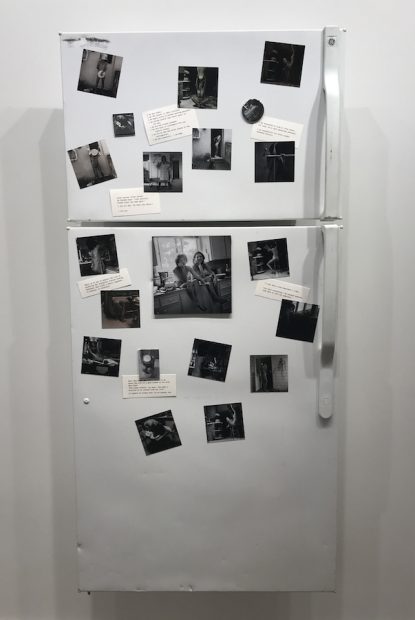 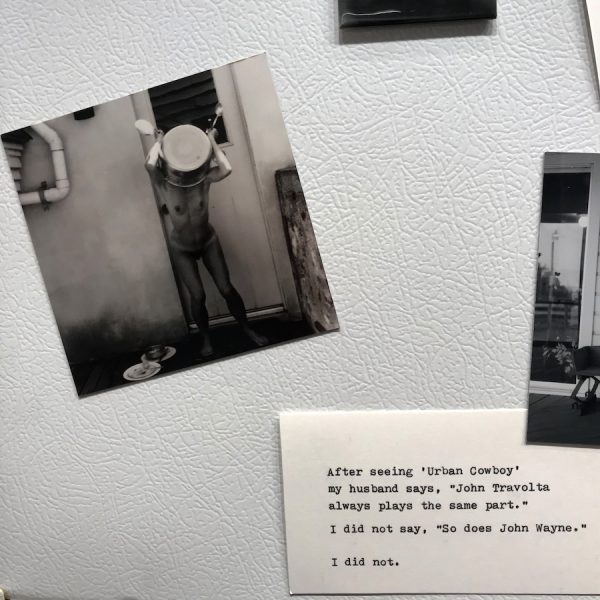 In another work, collaged images and text are stuck to the front door of a refrigerator installed in the gallery. One image by Cravens in particular has been haunting my subconscious — a nude Hansen in the kitchen with a large soup pot on her head, and dirty dishes on the side table. Her fisted hands hold large cooking spoons with flour residue dusting her forearms. It is a striking image, not only visually, but for what it implies. Is the pot is stuck on her head, or has it become her head? The subject embodies the kitchen objects that define her roles as wife and servant. Are her fists raised in anger or defiance?  Perhaps this is an act of absurd rebellion — a Max moment in a Where the Wild Things Are performance, with the pot serving as her crown. 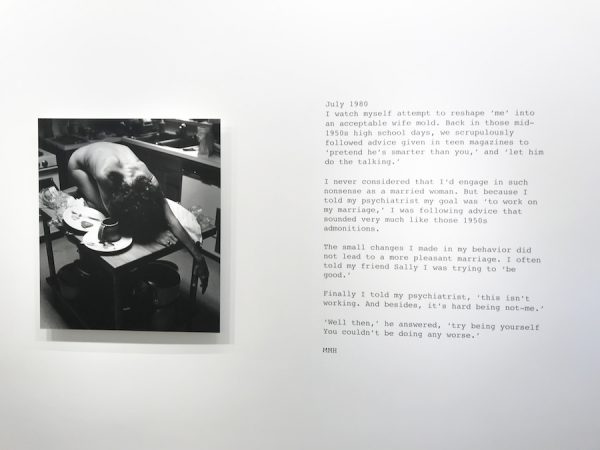 An image that made me uncomfortable and more than a bit angry if I’m truthful, is Craven’s photograph of a nude Hansen curled up on a kitchen table surrounded by food detritus and dirty dishes. She is displayed like an unwilling, overlooked and overcooked Thanksgiving turkey, resigned to her lot in life. The accompanying text reveals her frustration and exhaustion in trying to fit within “an acceptable wife mold.” She tells her psychiatrist that “this isn’t working. And besides, it’s hard being not-me.” He replies, “Well then, try being yourself. You couldn’t be doing any worse.”

The second gallery features images and text of the two artists in the landscape. A lot has been written about the female body in the landscape, so I won’t repeat the rhetoric from my grad school feminist theory texts. While the images may appear tame today, they very much defied the cultural decorum of their time and place. 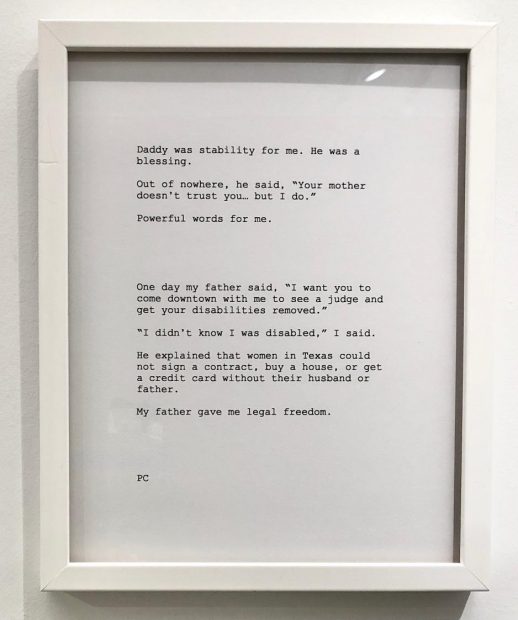 In a 2015 conversation between Cravens & Hansen with Dr. Akasha Hull, Professor Emerita, University of California, Santa Cruz, Cravens discusses the importance of her father in her life. She explains that he supported her and trusted her. She had typed out a remembered conversation she’d had with him: He says, “I want you to come downtown with me to see a judge and get your disabilities removed.” “I didn’t know I was disabled,” Cravens answered. Then she writes: “My father explained that women in Texas could not sign a contract, buy a home or get a credit card without their husband or father. My father gave me legal freedom.” 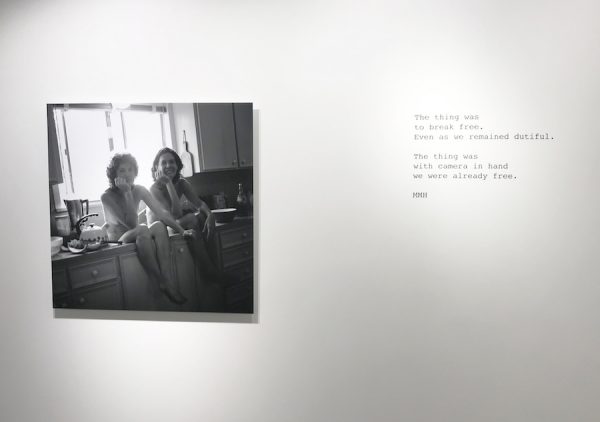 The photograph of Hansen & Cravens smiling while sitting naked in the kitchen sink highlights the changing culture of the time. While both struggled with the narrow societal roles prescribed for women, the image shows the impetuous temerity and playfulness of “bucking the rules.” The two artists quite literally found their liberation with their cameras and their unclothed bodies.

‘Finding Our Way, made visible through a camera lens’ is on view at The MAC in Dallas, by appointment, through the summer of 2020.

I saw FINDING MY WAY at the MAC before everything closed. I love this exhibit. It captured so much about women in the ’70’s breaking down stereotypes. They are two talented friends just being themselves immersed in Mother Nature, unfettered by rules, societal expectations and judgments. There is so much beauty and emotion in each photograph. They captured the joy of just being themselves. The images will forever stay with me.