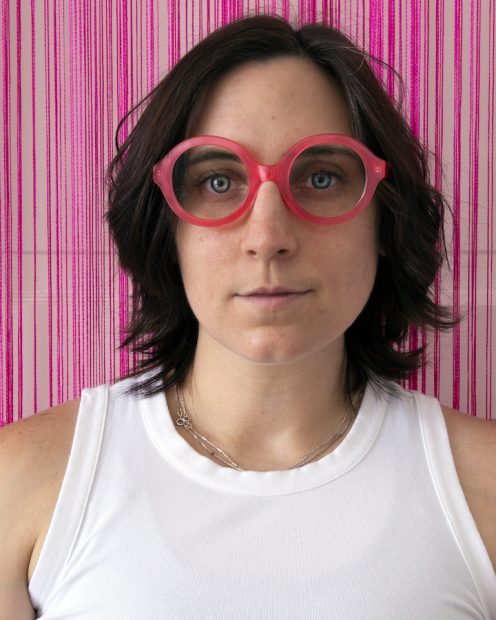 Born in Humble, Texas, to a family of performers and creatives, Liss LaFleur returned to Texas four years ago as the Assistant Professor of New Media Art at University of North Texas. Her interdisciplinary work with video, new media and performance examines queer identity, feminism and historical narratives. She was named an Immersive Scholar by the Andrew W. Mellon Foundation in 2018, working on a project that uses cultural analytics to research the #metoo movement. LaFleur has curated an exhibition that opens at the MAC in Dallas this Saturday, September 21. It is titled Cosmic to Corporeal: Contemporary Queer Performance Practice. 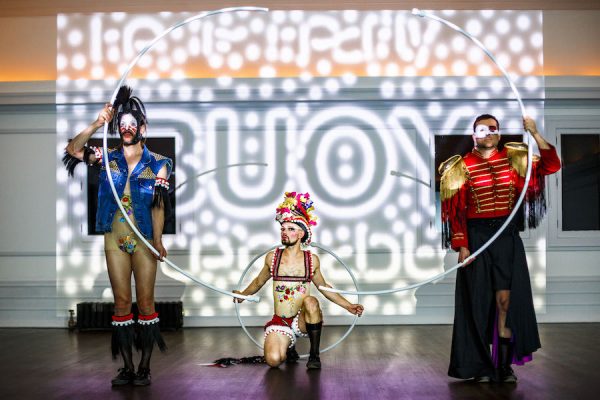 Colette Copeland: I’m excited to see the exhibition and performances. Coinciding with the 50th anniversary of the Stonewall Riots in New York City, the exhibition feels timely and important, especially given the current political climate. Historically performance art has been a tough sell in Dallas with a lack of support, viewers and patrons. This is not unique to Dallas, but many people have difficulty understanding the context and value of performance art within the larger contemporary art world. What was your original vision for the exhibition, taking into consideration the local conservative audience and the potential for resistance to both the medium and theme? What do you hope that viewers will take away from their experience?

Liss LaFleur: When I pitched this exhibition to Rachel Rogerson and the MAC back in 2015, my intentions were twofold: to manifest queer visibility and community in DFW (a new home for me at the time), and to question contemporary performance practices specifically in relation to the queered body. The significance of this exhibition, as one that is situated in Texas, a conservative border state that does not include gender within its hate crime law, and does not have any state-wide anti-discrimination laws, is not to be remiss. 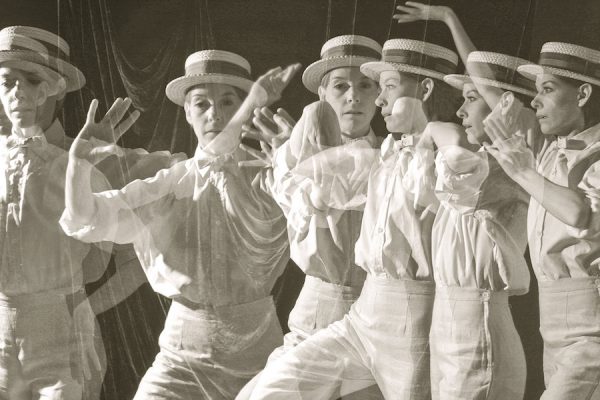 Since 2015, our world has changed immensely, and thankfully, there has been ongoing dialogue internationally around queer performance art, as seen in exhibitions at the Leslie-Lohman Museum, the Contemporary Art Museum of Houston, and most recently the exhibition Nobody Promised You Tomorrow at the Brooklyn Museum. I’m continually inspired by other queer artists/ practitioners like Wu Tsang, Gelare Khoshgozaran, Cassills, Jacolby Satterwhite, JD Samson, and Zach Blas — all of whom are exploring performance art as a way to understand identity, queerness, race, gender, labor, and their intersections in the past, present, and future. Once we recognize “performance art” as simply the practice of embodiment, we are able to recognize our self in relation to other bodies, species, spaces, objects, and community. My own ideas around performance and the body have developed over time from reading the works of Judith Butler, Jack Halberstam, Legacy Russell, and Amelia Jones, to name a few.

CC: Your work explores queer and feminist identity using digital technology to examine historical and contemporary narratives. Your recent work visualizes the data of the #metoo movement, and celebrates Queen Bee and Stonewall Annals — heroes who dared to speak out against hegemony. How does your personal practice as a visual artist and activist inform your curatorial vision for the exhibition?

LL: This is my first large-scale curatorial experience, and I struggled with feeling like a gate keeper within an institution —  especially as part of a community that is already oppressed/ regulated/ and criticized. Selecting works for this exhibition was very difficult because we received so many great pieces on such a wide range of topics and ideas. 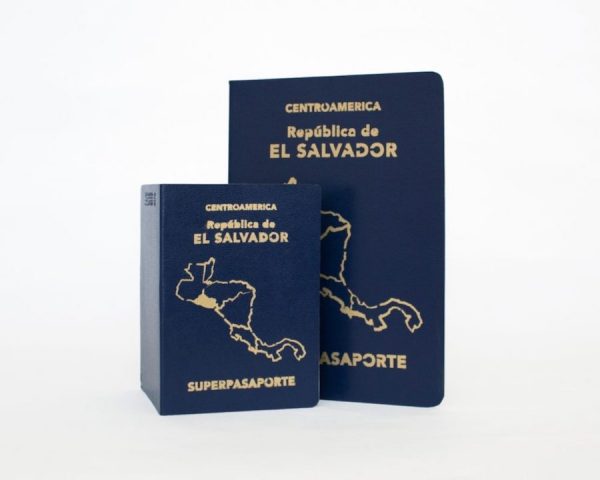 Ultimately, my main goal was to pick an orchestra of works that provide an international, intergenerational, and intersectional exchange of artists who are working to redefine the constructs of performance art and identity.

We received a large number of video artworks, and had to think about each of them in the space and in relation to each other. Thankfully, the MAC has a beautiful New Media Gallery with a designated projection space. This is significant to think about the multiple ways in which institutions struggle not only with presenting performance artwork, but also how new media artwork is displayed. For this exhibition, these two components combine in a challenging and rewarding way to physically take up space. All of the video works selected for this exhibition include artists performing directly for technology, as opposed to pure documentation from a live performance. This relationship is one that I question in my own practice, and is an important point to think about with regard to how oppressed bodies conform, extort, thrive, chronicle, and evolve through the extended use of technology. 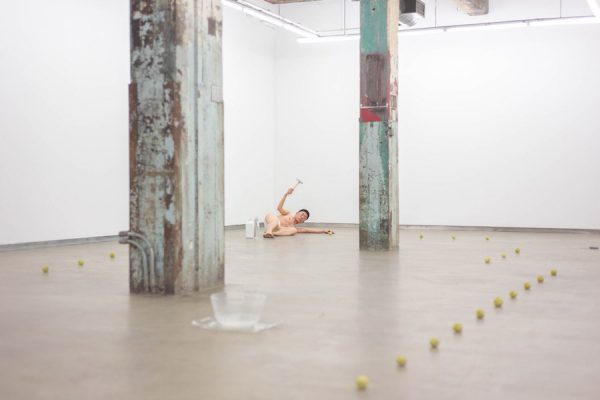 CC: Tell us about your artist selection process — explaining the themes that emerged, and provide some insight into what visitors will encounter at the gallery.

LL: The curatorial process developed by looking at all of the works submitted, and categorizing shared themes and aesthetics. Three core themes materialized in this show: criminality and its relation to the body; sex, autonomy, and freedom; and genealogy/ancestral knowledge/and reenactment. We received submissions to the open call from as far away as Europe, and as close as Dallas, and selected sixteen artists. 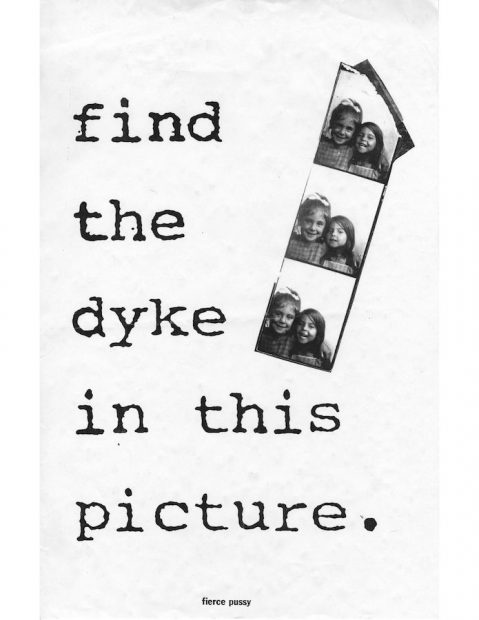 Fierce Pussy is a collective of queer women artists that was formed in New York City in 1991 around AIDS activism. Most known for their low-tech and low-budget, open-source flyers, the collective responds to the urgency of contemporary issues using readily available resources, like found photographs and Xerox printing, to take queerness out of the ‘abstract’ and enact a queer conversation out in public.

‘Queers may be more visible, but the city, and our country, have become far more fundamentally conservative. Today, ‘gay visibility’, which is more about assimilation & gay marriage, has replaced queer visibility and a vision of radical social change. We are committed to the latter and continue to adapt and find new strategies.’ – https://fiercepussy.org/ 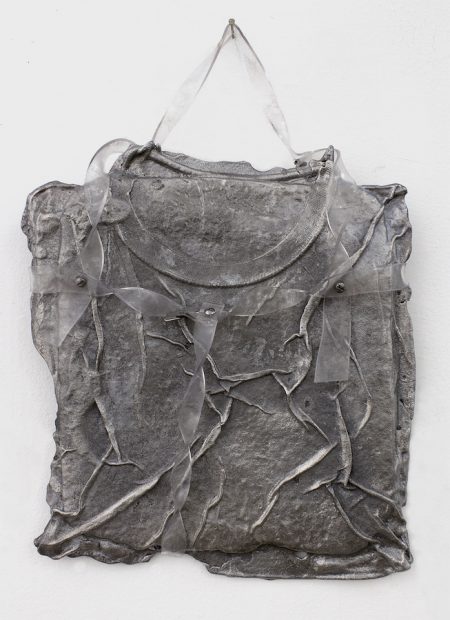 Leslie Martinez, Burden of Shame, 2017. Courtesy of the artist.

Artists Christian Cruz, Chuck and George, Jer’Lisa Devezin, Leslie Martinez, Sungjae Lee, and Legacy Russell are producing works at the intersections of sex, autonomy, and freedom of the body to explore an ever-expanding notion of materials, the gaze, and an abstraction of the binary. In her #GLITCHFEMINISM work, Legacy Russell describes the body as one that “is abstract, and inconceivably vast.” As a glitch feminist, she wants “to make abstract again that which has been forced into uncomfortable and ill-defined material.” Russell’s performative lecture on #GLITCHFEMINISM is included in a reel of four short films in the New Media Gallery. 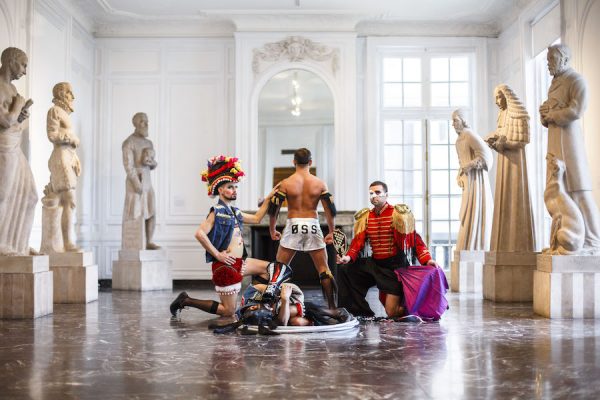 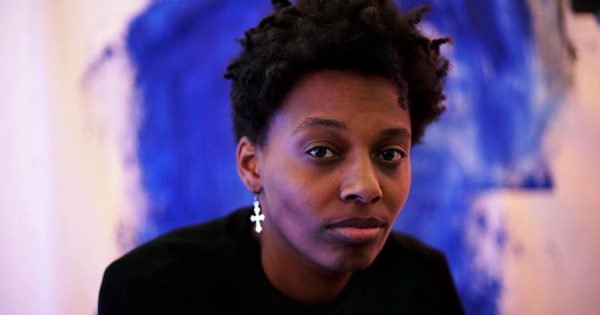 Artworks that explore genealogy, ancestral knowledge, play and reenactment include: a film and costumes related to “KJELL ØR THEY” by Julia Pello and ATOM-r (the Anatomical Theaters of Mixed Reality); a series of visual and poetic and choreographic moving images for the screen based on Turing’s theory; At Least You Know You Exist, an intimate film made with Flawless Sabrina by Zackary Drucker; an instructional installation by Italian artist Hannes Egger; a processional performance for Jean Carroll (1910-1969) by gender-queer artist Kris Grey; a live performance by Le’Andra LeSeur; and a dance film around vaudeville and conjuring by Cori Olinghouse and Shona Masarin. Perhaps one of the most exciting elements of this theme are the ways in which artists are embracing a faux nostalgia, or collapsing of time — looking simultaneously backwards and forwards. 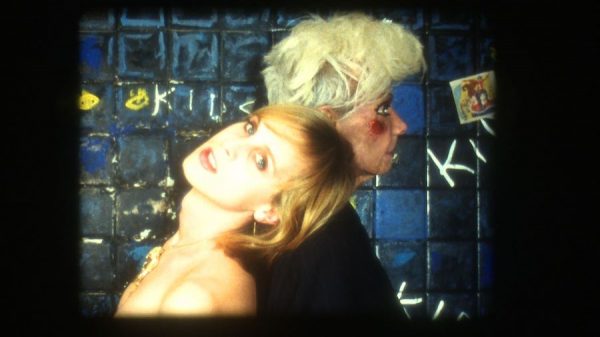 Zackary Drucker, digital video still from At Least You Know You Exist. Image courtesy of the artist. 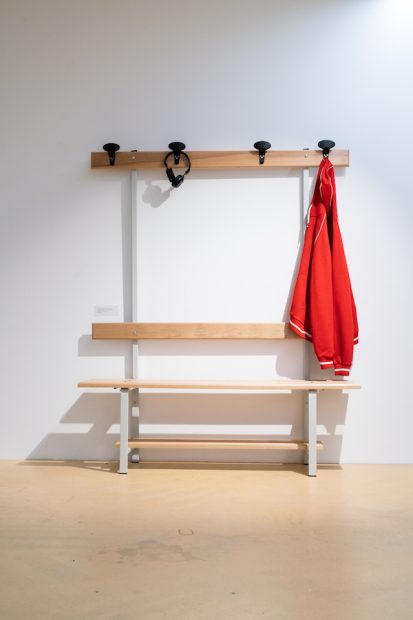 CC: Many of the works defy traditional performance in that they engage the viewer in an active role. Will you expand on this?

LL: An ongoing question I ask myself with regard to this exhibition is: at what point does documentation become a recurring performance by the viewer? Does this occur only if a viewer is prompted to read, interpret, or interact with the performance or its documentation in public space, or is it based on their own curiosity and imagination? In a theatrical sense, many of the works in this exhibition defy “traditional” practices, by embracing repetition, reality, and a refusal of a beginning, middle, or end. All of the artworks included in this exhibition are not merely seizing the active subject position; but are focused on destabilizing the hierarchy of the form altogether. The vision created is thus shared with the audience — an expanded field of vision for bodies, body image, empathy, and intersubjectivity.

Cosmic to Corporeal: Contemporary Queer Performance Practices opens this Saturday, Sept. 21 with a reception from 6-9 pm and a performance at 7 pm, at the MAC, Dallas.

There will be performances also on Oct. 12 and Oct. 26. See the MAC’s website for more programming info.