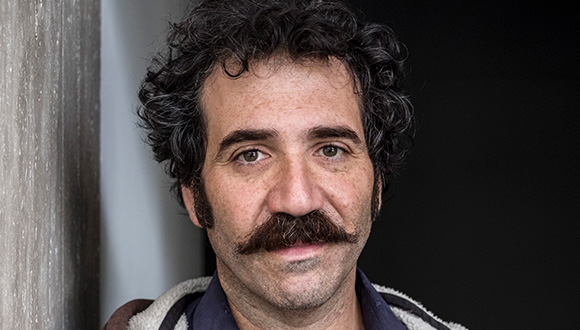 Michael Rakowitz has won the 2020 Nasher Prize, the museum announced yesterday. Established in 2015, the Nasher Prize is a contemporary sculpture award dedicated to excellence as well as current ideas in sculpture. Past Laureates include Isa Genzken (2019), Theaster Gates (2018), Pierre Huyghe (2017), and Doris Salacedo (2016). The monetary prize is $100,000.

Relational aesthetics in Rakowitz’s oeuvre has manifested in works such as Enemy Kitchen, an Iraqi cooking workshop and a food truck in Chicago staffed by Iraqi refugees and émigrés that Rakowitz established in 2003, after the US invasion of Iraq.
“Preparing and then consuming this food opens up a new route through which Iraq can be discussed — in this case, through that most familiar of cultural staples: nourishment. Iraqi culture is virtually invisible in the US, beyond the daily news, and Enemy Kitchen seizes the possibility of cultural visibility to produce an alternative discourse,” says Rakowitz.

States Christov-Bakargiev: “Michael Rakowitz’s work bridges, on the one hand, social sculpture — what we’ve come to call relational aesthetics — and embodied material work on sculpture, with a great sense of humor and a great sense of empathy. Michael’s work is about healing and about how to take the problem of cultural destruction and transform that into a resource for a very optimistic vision of the reconstruction of our society.” 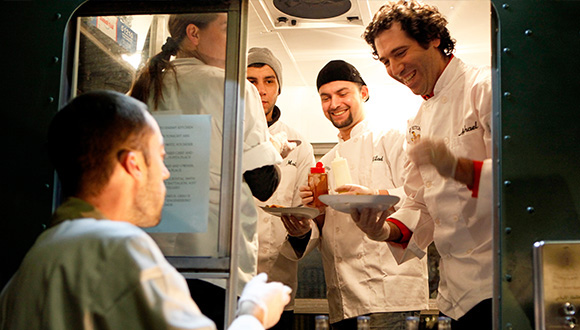 Another of Rakowitz’s projects, The invisible enemy should not exist, begun in 2007, has a goal of  recreating about 7000 artifacts, destroyed by ISIS in 2015 during a destructive spree on cultural sites and institutions throughout Iraq, as well as the raiding of the National Museum of Iraq in 2003. Rakowitz elicits help in communities of people to remake the artifacts, life-size, using images from the University of Chicago’s Oriental Institute database. According to the Nasher’s press release, Rakowitz uses “packaging from Middle Eastern food products and Arabic newspapers in combination with simple sculptural means, such as papier-mâché,” by which the new objects “are recreated as colorful, text- and image-laden sculptures that the artist has described as ‘ghosts.'” 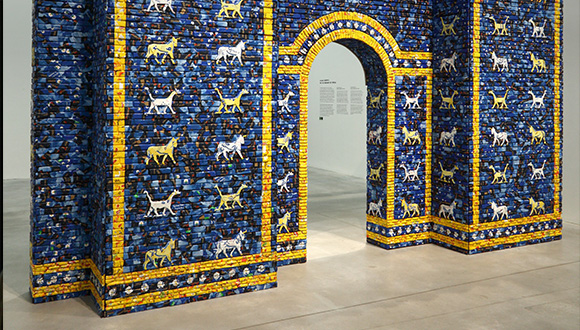 Detail from Rakowitz’s “May the Arrogant Not Prevail.”

Says Nasher Director Jeremy Strick: “In Michael Rakowitz, the Nasher Prize jury has selected a laureate whose work wrestles in unique and revelatory ways with many of the complex questions of history, heritage, and identity that are so much at the forefront of contemporary culture and politics. Interrogating objects and materials — their history and associations — Rakowitz weaves dense webs of meaning in distinct bodies of work rich with insight and surprise.”

Rakowitz was born in 1973 in Great Neck, New York; he is lives and works in Chicago, Illinois and is professor of art theory and practice at Northwestern University. He studied at  Purchase College, State University of New York, where he received a BFA in 1995 and at the Massachusetts Institute of Technology, Cambridge, graduating with a Master of Science in Visual Studies in 1998. His recent retrospective opened at the Whitechapel Gallery, London, in 2019, traveling to Castello di Rivoli Museo d’Arte Contemporanea, Rivoli-Torino and, in 2020 is scheduled to open at the Jameel Art Centre, Dubai. It was preceded by Backstroke of the West, a survey exhibition at the Museum of Contempory Art, Chicago in 2018.

For more information on the Nasher Prize, visit the Nasher’s website here.

Michael Rakowitz is a very good artist. Full stop. But what has become undeniable in the past two decades is the unbridled support of art’s 1%, buoyed by art institutions, museums, granting organizations and other varied monied interests in the arts. The rich get richer. Museum shows beget museum shows.

So now Michael can throw this pile of money on top of his other larger pile of money. And local artists compete for “microgrants”.

Is this ranty? Sure. Is it true? Sure again.