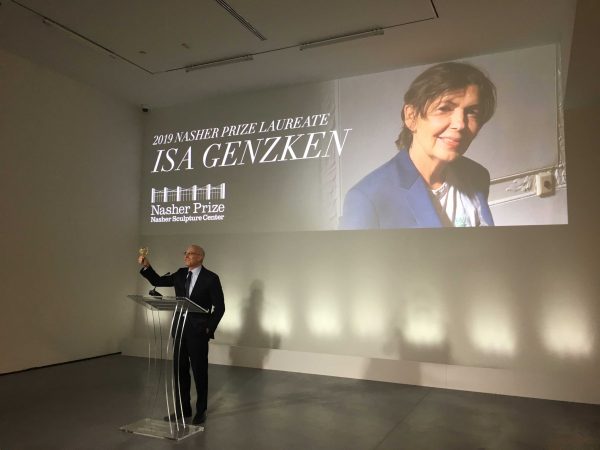 The Nasher Sculpture Center in Dallas has announced that Isa Genzken is the winner of the 2019 Nasher Prize. Born in Germany in 1948, Genzken began exhibiting in the mid-1970s and has worked not only in sculpture, but also in painting, film, and photography. She shows with New York gallery David Zwirner and was celebrated in a 2014 solo retrospective at the Museum of Modern Art, in which she was called “arguably one of the most important and influential female artists of the past 30 years.” This show, Isa Genzken: Retrospective, traveled to the Dallas Museum of Art, and was subsequently written about by Glasstire’s Christina Rees:

“Looking at her work of the last fifteen years is like hearing a new, made-up language spoken for the first time and yet understanding every word of it.” 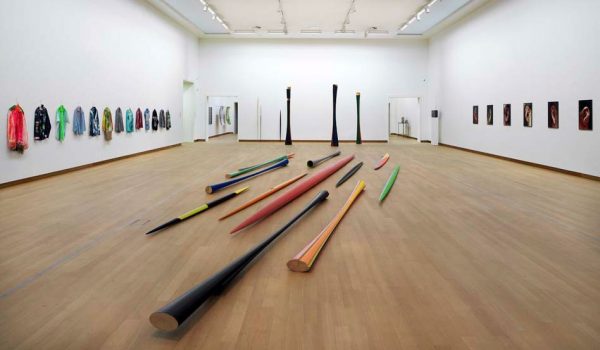 Works by Isa Genzken at the Stedelijk Museum, 2015. Image Courtesy of Galerie Buchholz

In addition to winning a monetary prize of $100,000, some of Genzken’s works will be featured at the Nasher in the spring of 2019. Throughout the year, the 2019 Nasher Prize will also include various Nasher Prize Dialogues, programs that advance the conversation about sculpture. Genzken was awarded the prize by an international jury that included artists Phyllida Barlow and Huma Bhabha; curators Pablo León de la Barra (Guggenheim), Yuko Hasegawa (Museum of Contemporary Art, Tokyo), and Lynne Cooke (National Gallery of Art); museum directors Okwui Enwezor (Haus der Kunst) and Hou Hanru (MAXXI); art historian and critic Briony Fer; and Nicholas Serota, the Chairman of Arts Council London.

Established in 2015, the Nasher Prize is awarded annually to a living artist working in sculpture. It aims to highlight contributions that awardees have made to the art form. The institution’s inaugural 2016 prize was awarded to acclaimed Columbian artist Doris Salcedo, who was recognized for her ability to transform banal objects into charged statements about the human condition. Next, the 2017 prize went to Pierre Huyghe, a Paris- and New York-based artist who works in an interdisciplinary way of creating sculpture; his work includes, via the Nasher, “music, cinema, and dance into contact with biology and philosophy and incorporating time-based elements as diverse as fog, ice, parades, rituals, automata, computer programs, games, dogs, bees, and microorganisms.” This year’s prize went to Theaster Gates, an American artist who incorporates city planning, community building, and architectural concepts into his projects and works. 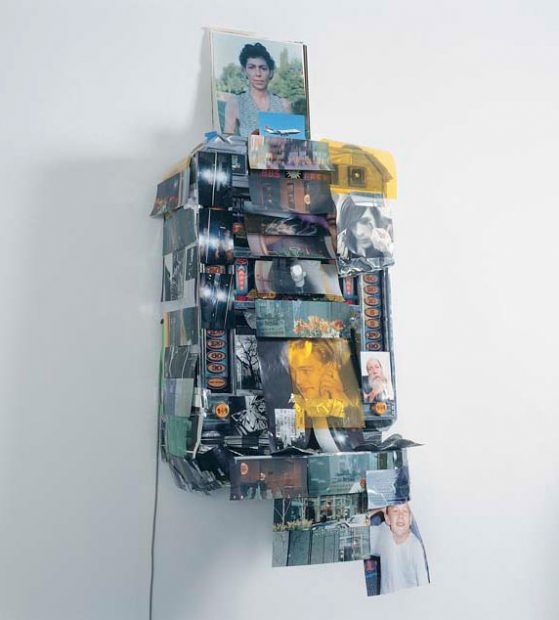 Genzken’s practice fits in with the innovative direction of the Prize’s three past laureates, as Jeremy Strick, the Nasher’s director, explained in tonight’s announcement:

“We’d be hard pressed to name an artist with a more textured and dynamic sculptural practice than Isa Genzken. Her work not only straddles an array of forms that complicate and enrich our understanding of sculpture, she also consistently challenges the way an artist’s career and oeuvre might look, breaking apart the notion of specialization within an individual studio practice. Her work can feel utterly urgent and visceral—fraught with emotion—while at other times, objects are rendered with such precision as to seem devoid of human touch. This range of material and conceptual rigor has positioned Genzken as a major influence on younger generations of artists working today amid the clamor of the digital age, offering permission and encouragement to subvert norms and invent new possibilities.”