Expanding eastwards, in counterflow to the directional history of Manifest Destiny, I recently drove to Lost Nation, Iowa before turning north and then back to the west by way of Downer, Minnesota; Donnybrook, North Dakota; and Funk, Nebraska.

Funk was incorporated as a village in 1913, right about when some New York newspaper was cracking wise about The Armory Show, suggesting that Modern Art in general and Cubist paintings in particular might bring their viewers to the brink of Third Dimentia. Duchamp was singled out for his Nude Descending A Staircase — “explosion in a shingle factory” was the quote of the day.

Personally, I’ve never witnessed an explosion in a shingle factory and as I drove into Funk, I didn’t expect to see or hear one, though my camera was hungry. True to my expectations there was not a single explosion within sight or sound. And if there had been, I suspect the local citizens would have cleaned it up right away, as Funk is mostly free of messy sites — not much in that way to tempt my lens toward fugitive textures.

However, truth be told, Funk is also Anywhere, USA, so a little fringe there was. 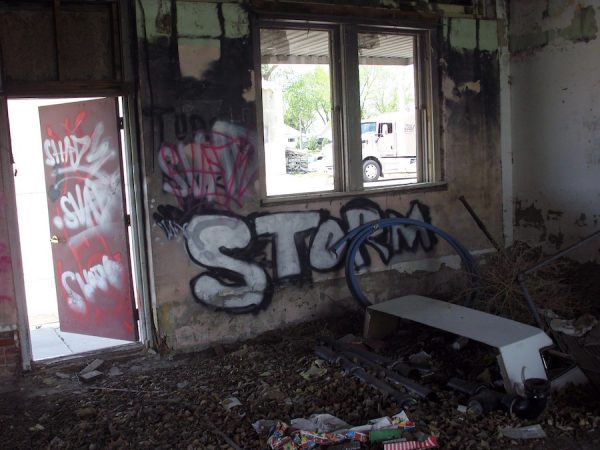 It’s easy to guess that Mr. Funk, in the 1880s, when the town was first platted, might well have imagined the tidy town that still bears his name, but I’m not so sure he foresaw that some of its current kids are probably down with some pretty tidy dance moves — a little funk of their own. Just an assumption, you understand, but given the nature of youth and the mimetic ways of subculture, a pretty safe one I think, at least with local variations and flavor thrown in. 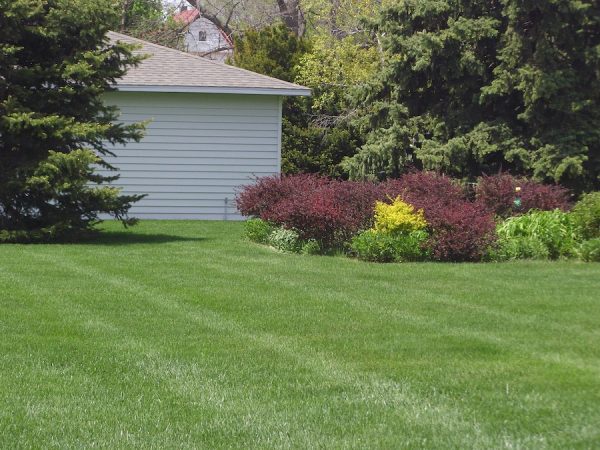 So I continue to drive down the highways and back roads, as if they are the pages of a book, reading America one town at a time. I’ve been interested in how the various textures of the nation repeat themselves over and over again, everywhere. It’s only the landscape that bears up to infinite variation. We can’t compete. But I do have to say that Iowa has the most gorgeously immaculate farms… . 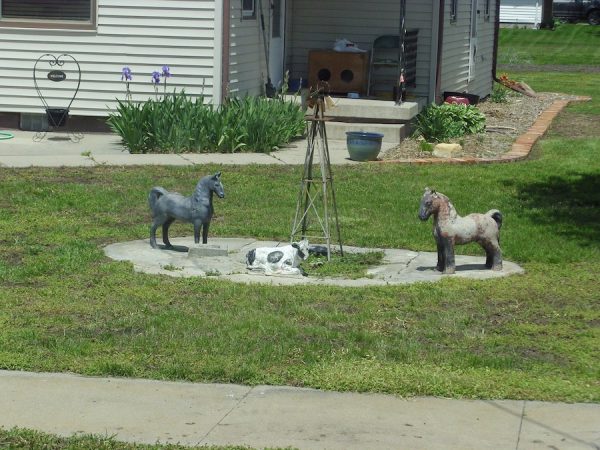 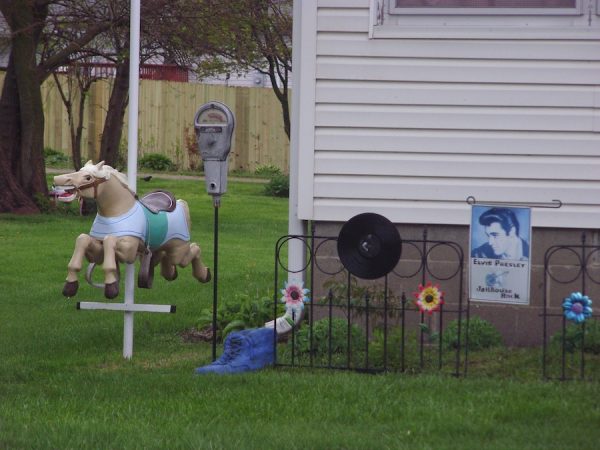 But that was almost now, nearly two months ago. Now, in here, it’s then — back when I had just survived a tornado and resolved to get on down the road to the next destination. So I pointed the truck toward Keystone, South Dakota with Opportunity, Montana in my rear-view mirror (still ahead in my route, as were Diamondville, Eden, and Eureka). Eureka! The anticipation of these glittering realms momentarily displaced the present and rose high, as if the excitement was a stone placed in a nearly full bucket, causing the bucket to brim out, looking like Lake Mead used to look a few decades ago, just as flat as a darkly disc from space, right up to the max on the dam. 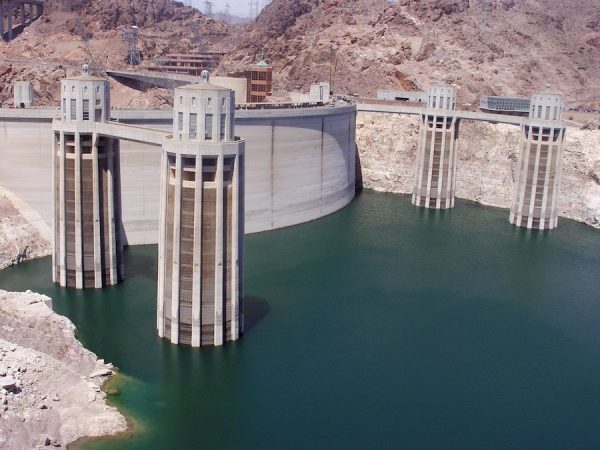 I’ve just driven into Keystone. It’s the South Dakota town closest to Mount Rushmore. You go through a tunnel cut through stone to get onto its main drag, Winter Street. Noticeable, right off the bat, are 13 flags, the stars and stripes, flying on poles surrounding a motel named Presidents View. Probably more than 13, or maybe the flag curator has numerical references from colonial history on their mind. I’m out-flagged, not for the first time; it’s 2003 all over again, when this country became delirious with flagging. 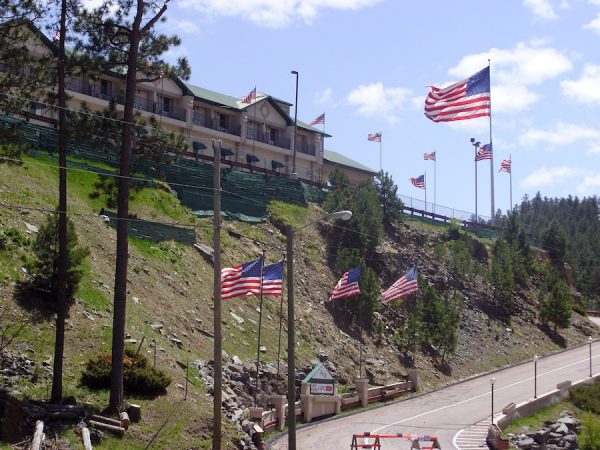 It was the final decades of the 18th century when the medieval view of stripes, bound up with devilish imps and celestial prophets, began to give way to a more soothing conception: horizontal bands of red and white framing a square of night-blue sky and stars: a new constellation.

The horizontality was counterpoised to the demonic conceptions associated with vertical stripes, and suggested the promise of a level playing field. The stars? They shone like wishes. But the wishes and the promises have come true for many only in the distance, happening to someone else. It’s been said there are no diamonds in Diamondville. I don’t necessarily agree; diamonds come in many forms — but I know what was meant. The truth of the statement is this: the playing field is only level for some. 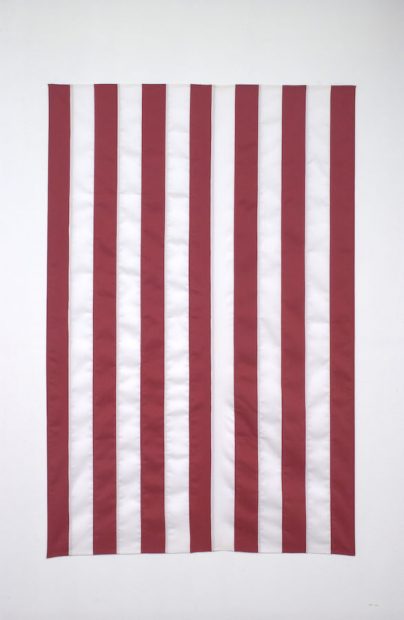 Now, moving on from Blue, wishing upon a star, let’s get back to Red and White: the word “delirium” is derived from the Latin lira, a furrow in a ploughed field. Hence, when, for example, the country is riding a runaway train uphill/backwards, your plough has jumped its furrow. And just as a ploughed field is made up of row after row, each like the other, flags proliferate in mimetic contagion. Hence delirium. If you had a big enough flag, you could lay it right on a freshly ploughed field, the red and white stripes alternating as watersheds into common ditches (there is a metaphor in there somewhere, but my irrigation pump needs oil).

Pulling into Winter Street through a hole in a mountain, I’m hearing the theme song of Billy Jack. I suspect the song is suggested by the landscape. You might think it would be more like entering The Valley of Gwangi, a place you can only get to through an igneous crack, but no, it’s One Tin Soldier, the story of the mountain people. 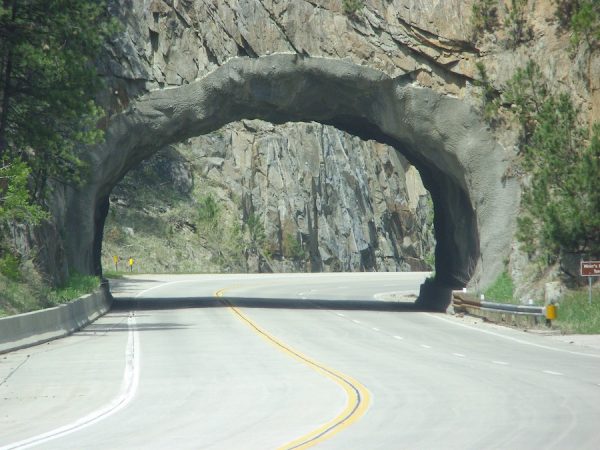 There is something about moving through a town built right up against mountains, sometimes even cut into them like in a model railroad village. A trace of façade fever etches a line. The storefronts are just every day life for the people who live and work here, but for the observer passing through, it can present a high-contrast surface. The back of one of the motels in town is just a few inches from the stone foot of a vertical rise that extends much higher than the building. You could stick an upside-down Devil’s Tower in there and make a dam across the canyon that exists between motel and mountain. A placement about displacement. 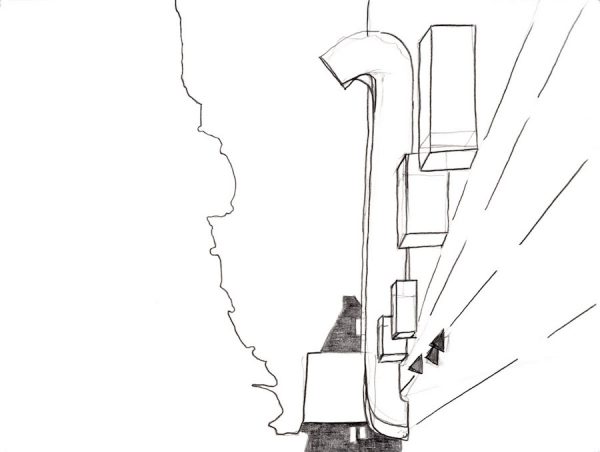 Though I never engaged the town in commerce as it beckons at every turn, the afternoon was full of random occurrences, including an encounter with a mountain goat leaping clear across Winter Street; happening onto a regal purple bag from a bottle of Crown Royal juxtaposed with John Wayne on a window sill; and sending my one-year-old granddaughter a hand-drawn birthday card. The devil is in the details (and there won’t be any trumpets blowing). 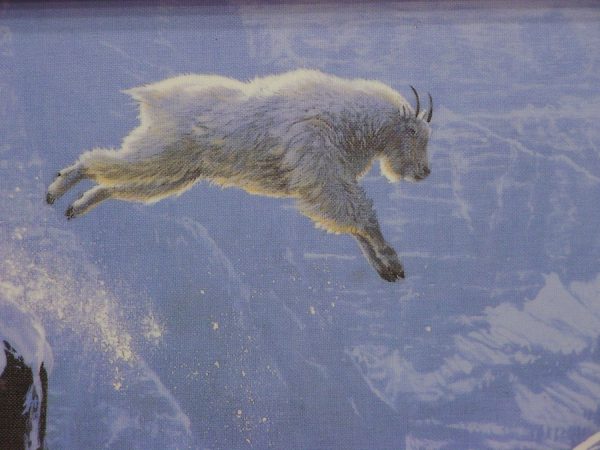 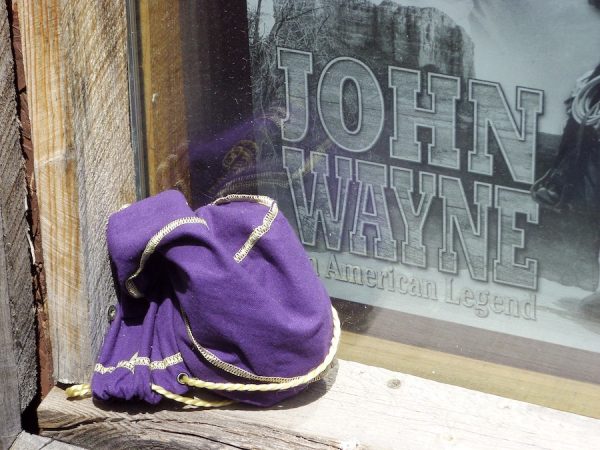 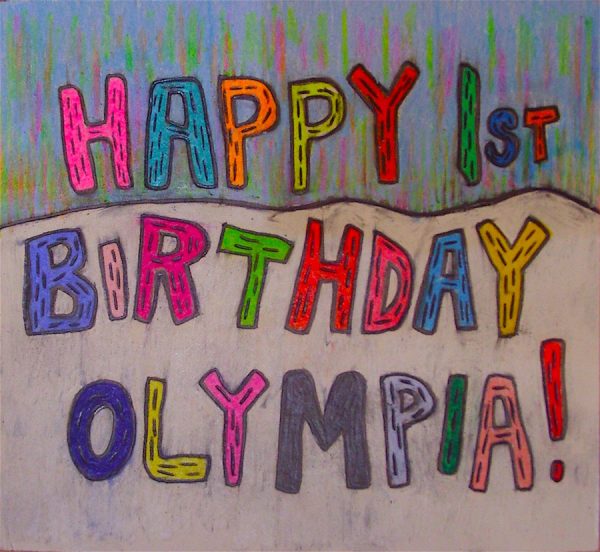 Next morning, god appears in silhouette when the sun comes up behind my hood ornament, though my truck doesn’t have a hood ornament. It’s just that immaculate macramé chicken that I mentioned in Part Six, which I’ve just put on the hood for a photograph. Something close and small, that might possibly be taken for something large and far away.

Hills Snyder’s ‘Altered States,’ a travelogue and traveling exhibition of drawings from the road, continues: Part Eight of the travelogue will appear in Glasstire on December 4, 2019. Part Five of the traveling show opens at the Great Plains Art Museum in Lincoln, Nebraska, on August 2, 2019 and continues through October 19, 2019. Part Six opens at Wrong Store, Marfa in early December.

Ridge And Furrow is an amazing piece

Thank you Mark and Christina, glad the bell rings for you!

Me too, love the vertic flag.