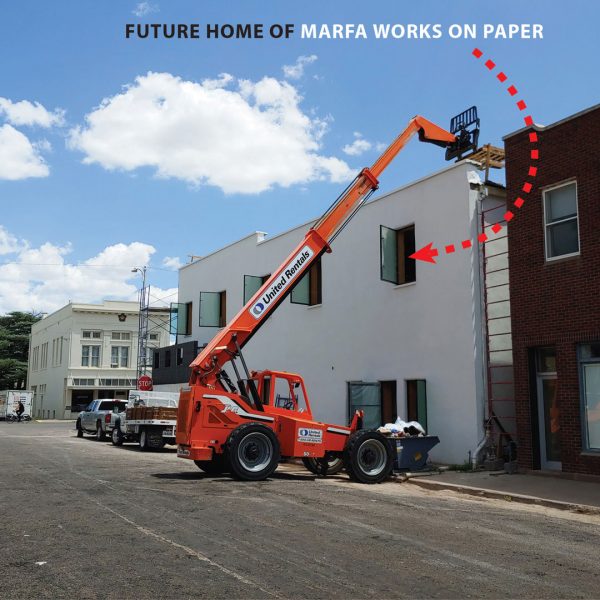 Martha Hughes, an artist based in Marfa, has told Glasstire that the gallery she runs, Marfa Works on Paper, is set to re-open on April 4, 2019 on the second floor of the newly renovated building at 125 Highland Avenue. The space, which was founded by Ms. Hughes in 2017, will take on a slight name change with it reestablishment, reflecting a new part of its programming: Marfa Works on Paper + Ceramic Arts.

Marfa (pop. 2,000) has become an art mecca in the middle of the West Texas desert ever since the artist Donald Judd took up residency in an abandoned army barracks there in the mid-1970s, and created what would become the Chinati Foundation, which features permanent installations by Judd and his cohorts along with a program of rotating exhibitions. 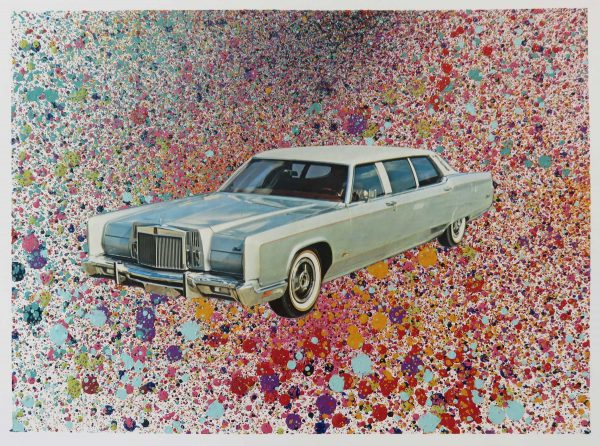 Because of Marfa’s artistic clout, other galleries, many of which deal in minimalist and minimalist-inspired art have established outposts in the town. As for why she felt that the town needed another gallery, particularly one that deals in works on paper and ceramics, Ms. Hughes commented:

“I’m an artist myself, but I also have the collecting bug. Like other collectors, I have to own art – to live with it. And as is true of other collectors, considerations such as whether the work matches the sofa and limitations of wall space and storage space are not important to me. My favorite film is the documentary ‘Herb and Dorothy,’ about the post office worker and his wife in New York City who spent their entire lives visiting artists’ studios and buying (what was then) inexpensive art, just for the love of it, and whose small apartment was filled to the brim with stacks of art. Their collection was ultimately donated to the National Gallery of Art.

My own art collection consists almost entirely of works on paper, which I love because of its freshness and variety, and which is pretty much the only kind of art I can afford – although I can’t actually afford even that. I thought Marfa would benefit from a gallery where art-collecting addicts like me can see and buy affordable art.”

The opening of Ms. Hughes’ gallery coincides with the inaugural Marfa Invitational art fair, which runs from April 4-7.