Here are the Galleries in the Upcoming Marfa Invitational Art Fair

Back in September, we learned that New York and Marfa-based artist Michael Phelan, in collaboration with former investment banker Kenneth Bauso, was planning on starting an art fair in Marfa. At the time, Phelan noted Marfa’s tendency to immerse visitors in art, and wanted his fair to do the same, saying:

“I was really interested in seeing and viewing artists outside of the commercial context of New York and L.A. When you’re in Marfa, it’s really this kind of immersive experience where you have time to look at the works. What I wanted to create with the fair is a similar model.”

With that in mind, and also because the small town struggles to accommodate large influxes of visitors, Phelan and Bauso decided to limit the new fair to only ten exhibitors, with each presenting work by a single artist. One-person exhibitions at fairs is common — notably special project booths at Art Basel and the entire VOLTA Art Fair — though a ten-gallery fair further bucks the traditional model of huge, spectacle-drawing events. 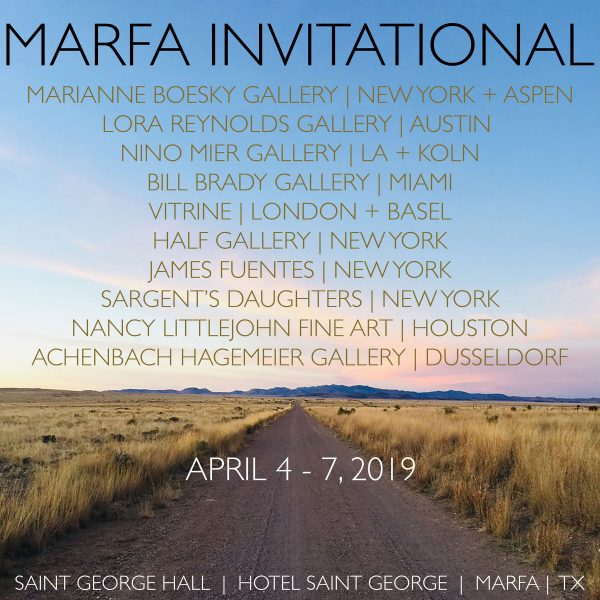 As of this writing, the Marfa Invitational’s website doesn’t show a list of exhibitors, but Kimberly Gould, the Principal at Kimberly Gould Art Advisory, posted a photo to Instagram listing the ten galleries that will be in attendance:

The Marfa Invitational is scheduled to run from April 4-7, 2019 at Saint George Hall in Marfa, Texas. 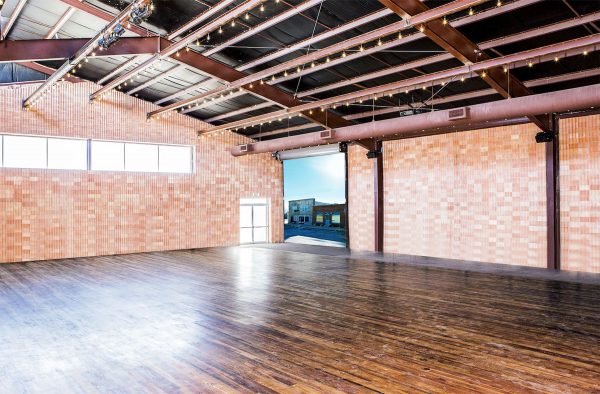 The interior of Saint George Hall

Would like to know the artists these galleries are intending to show during the fair??