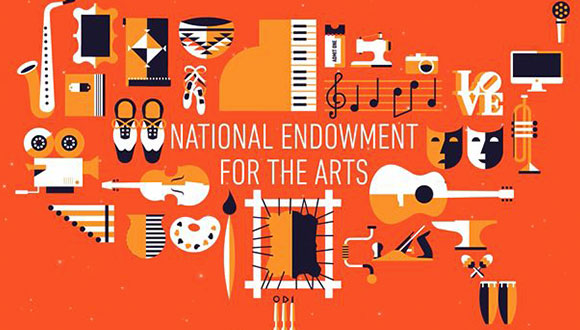 Proposed Cuts at NEA and NEH

For the third year in a row, Trump’s proposed budget seeks to entirely eliminate the National Endowment for the Arts and National Endowment for the Humanities, despite their annual budgets being only a fraction of federal spending. The budget plan, at $4.75 trillion, is the largest ever proposed, but includes severe cuts to arts funding, Medicare, scientific research for climate change, and student loan programs, while boosting military spending and border wall funding.

Trump’s budget would give the NEA $29 million and the NEH $38 million described as “sufficient funding for orderly termination of all operations over two years.” The proposed budget is almost certain not to pass in its original form, given that democrats control the house and passing complete appropriations measures on time is very rare (it has only happened four times in the last forty years).

The NEH and NEA will continue operations as usual despite the looming threats. “As NEH awaits Congressional action on the President’s proposed budget, the agency is continuing normal operations and will announce our latest round of FY 2019 awards this spring,” NEH chairman Jon Parrish Peede said in a statement.

Despite ample evidence that arts funding is efficient use of government spending in that it increases revenue and creates jobs, it has long been the subject of scorn by many conservatives. Part of this can be traced back to the culture wars of the 1980s and ’90s, when the NEA funded a few artists who made work deemed by conservatives to be obscene (most notably works by Andres Serrano and Robert Mapplethorpe).