Part Two (continued from yesterday): Texas Artist Populations. How Many Working Artists Are There in Texas? 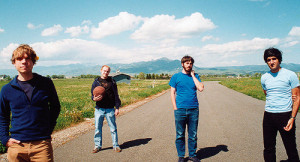 Even bands like Explosions in the Sky can’t get Austin onto the top ten list for cities of musicians.

Following its massive “Artists in The Workforce” report from 2008, the National Endowment for the Arts kept collating and gathering and cross-referencing all the info it could get from the newer quarterly census (2010) and thorough the big American Community Survey (2005-09) and a couple of years ago published “Artists and Arts Workers in the United States.” It details the percentages of artists in the total workforce, its definition of working artists (which is broad but logical), education, pay, growth, etc, and breaks it down by city and region. Lots of information here.

No surprise that New York and Los Angeles top the list, and California is especially strong because the NEA considers most professionals in the movie industry artists. Texas, sadly, has fewer artists per worker than the national average, not breaking into the top 15, and not even matching places like Utah and Montana. This somewhat belies the idea of Texas’ status as “the Third Coast.” But Texas has a big relative population.

A year ago, D Magazine’s Front Row did a bang-up job of further breaking down artists by Texas city using the available data. Dallas ranked sixth in the nation for artists in the workplace, and Houston ranked 11th—both far, far behind New York and Los Angeles, though every other city in the nation ranked far behind them as well, even Chicago at number three. As a percentage of the overall workforce, no Texas city’s artist population made it past the nation’s mediocre average (give or take 1%), and certainly not in the top 20 cities in the nation.

When breaking down by category (i.e actors, art directors, architects, musicians, etc) Dallas makes the top ten list in the nation for every category of artist except actors (no. 13), but Houston only makes an appearance on the top ten lists for writers and dancer/choreographers. San Antonio doesn’t make any top ten list, though Philly is about the same size and makes multiple appearances, and neither does Austin make any list (not even musicians), even though smaller cities like Seattle and Portland often make an appearances in various catagories, and of course Nashville does, too (musicians!).