by Paula Newton May 24, 2017
FacebookTwitterEmail 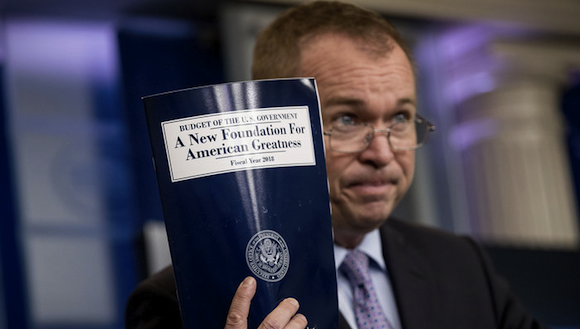 CNN reports that it is “largely symbolic” and Congress is not expected to pass the budget in its current state. The same article also quotes Mick Mulvaney, Trump’s budget chief:

NEH Deputy Chair Margaret Plympton (Acting Chair since NEH Chairman William D. Adams resigned on Monday) released a statement about the President’s budget, declaring, “As NEH awaits Congressional action on the President’s proposed budget, the agency is continuing normal operations and will be making the next round of FY 2017 awards following the meeting of the National Council in July.” The NEH released a proposed appropriations request for financial year 2018 seeking $42 million “for the orderly closure of the agency,” reports Hyperallergic. The NEA has also submitted an appropriations request of $29.019 million for its shutdown.