The Contemporary Arts Museum Houston (CAMH), Houston Freedmen’s Town Conservancy (HFTC), the City of Houston, and renowned Chicago-based social practice artist Theaster Gates have announced a multi-year partnership that they say will engage the Freedmen’s Town community, honor the history of the neighborhood, and educate outsiders about this untold chapter of Houston’s past. The initiative, titled Rebirth in Action: Telling the Story of Freedom, has received $1.25 million in funding from The Andrew W. Mellon Foundation and the National Endowment for the Arts’ Our Town granting program. 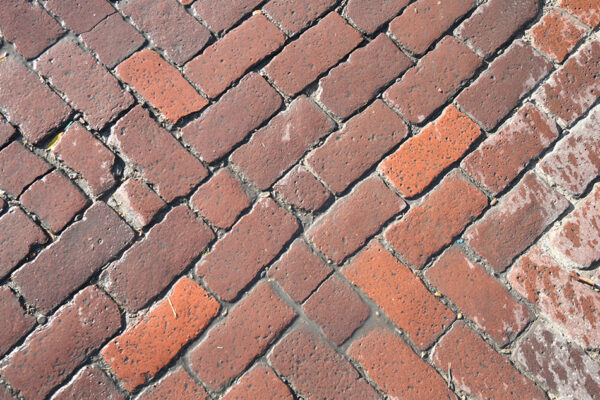 Historic Freedmen’s Town bricks at the intersection of Wilson Street and Andrews Street.

Established in 1866 by over 1,000 formerly enslaved people, Freedmen’s Town is a nationally recognized historical site located in Houston’s Fourth Ward. HTFC’s mission is to preserve the legacy of the neighborhood, while inspiring the public through education and awareness. A significant project of the conservancy has been to preserve the brick streets that were originally funded and installed by formerly enslaved residents. Rebirth in Action will help guide the planning for infrastructure improvements while preserving the unique history of the space. 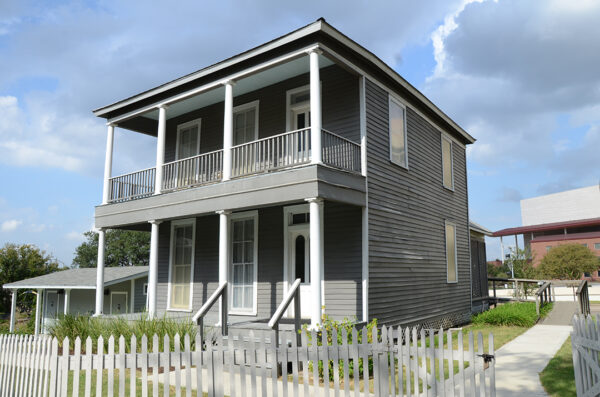 In a press release announcing the partnership, HFTC Executive Director Zion Escobar remarked, “What we are doing with the Rebirth In Action project is reactivating the creative consciousness through the language of art and the liberation of trapped desires through the act of designing your destiny. The energy of this project and its activations serve to strengthen the present voices and descendants of Freedmen’s Town with the necessary fuel for the Rebirth. The community is invited to tap in and communicate their vision in a unified effort…” 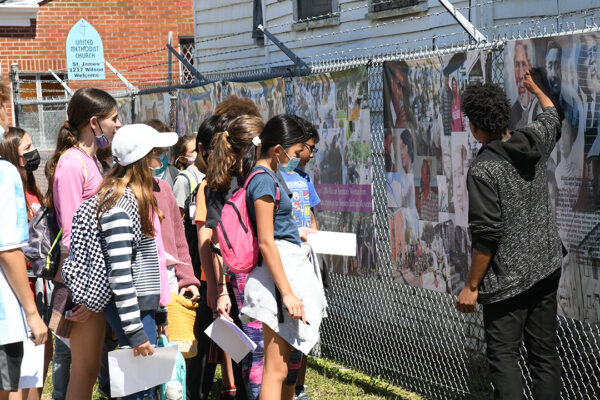 Rebirth in Action is structured to be a community-driven project guided by a team of experts, including engineers and preservationists working with artist Theaster Gates. Charonda Johnson, Vice President of the Freedmen’s Town Association and a fifth-generation Freedmen’s Town resident, will lead the community engagement portion of the initiative in the role of Partnership Engagement Manager. Community input gathered by Ms. Johnson will inform efforts led by Mich Stevenson, a local artist and community organizer, who will serve in the role of Partnership Project Manager.

Along with community engagement, Rebirth in Action: Telling the Story of Freedom will include artist-led activations by local and national artists through CAMH’s artist residency program, CAMHLAB, which will be hosted on-site in Houston’s Fourth Ward. Applications for the residency opportunity will open on Wednesday, January 25, 2023. As additional programs of this initiative, CAMH will host an exhibition by Theaster Gates and an exhibition showcasing Black artists of Houston. 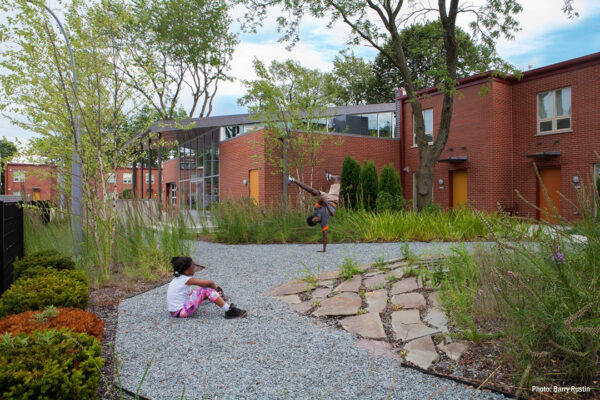 Mr. Gates began his artistic career working in ceramics prior to focusing mostly on installation work. He is perhaps best known for his work revitalizing the Dorchester Projects in Chicago’s South Side. The Dorchester Art and Housing Collaborative — which is a partnership between the artist, Brinshore Developers, architects Landon, Bone, Baker, the Rebuild Foundation, and the Chicago housing Authority — transformed a vacant housing authority project into an affordable, dynamic arts and culture space.

According to CAMH’s website, CAMH and HFTC began a value-based discussion in fall 2020, which led to a formal programming partnership. The organizations are working together “based on the shared belief that arts and culture is an essential catalyst for change.”

CAMH Executive Director Hesse McGraw stated, “The Rebirth in Action project presents a long-needed opportunity for our city to honor its history, for artists to envision the future, and most importantly for the community to lead change.”

CAMH Deputy Director Seba R. Suber added that the project, “is an example of how social innovation in Black communities develops out of precarity and how a museum can work hand-in-hand with community partners to engage in restorative justice and develop deeper community engagement through the lens of art, healing, and community investment. The historical and spiritual legacy of Houston’s Freedmen’s Town recontextualizes and amplifies the resiliency of Black communities and its descendants.”

A kickoff celebration will be held on Tuesday, February 14 at 10 am for Freedmen’s Town community leaders and advocates, as well as local and national press to learn more about the partnership and meet the project team.