Art by Donald Trump and John F. Kennedy up for Auction this Week in Dallas

This week, a Dallas-based auction house is offering up a chance to own pieces of presidential art history. Along with “The Bugle Which Sounded Taps for Lincoln” and a daguerreotype of John Quincy Adams, Heritage Auctions’ December 2nd lot includes a sketch of New York City’s skyline by current US President Donald Trump, and a 1955 oil painting by John F. Kennedy. 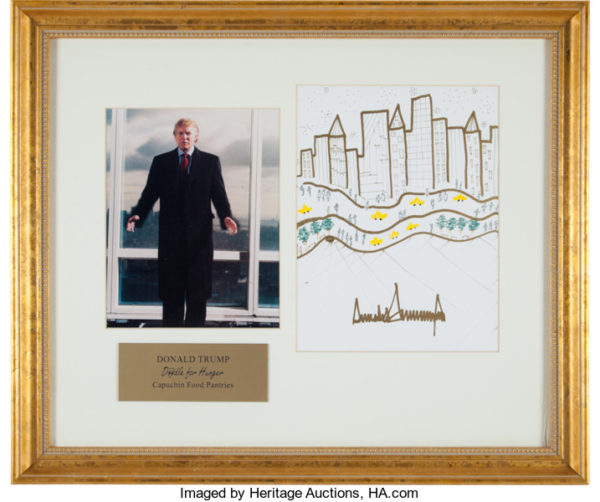 Trump’s Sharpie sketch, which was originally completed in 2005 for a charity auction benefitting St. Francis Food Pantries and Shelters in New York, was first sold for $6,000. The current bid for the piece is $8,500 ($10,625 with buyer’s premium). 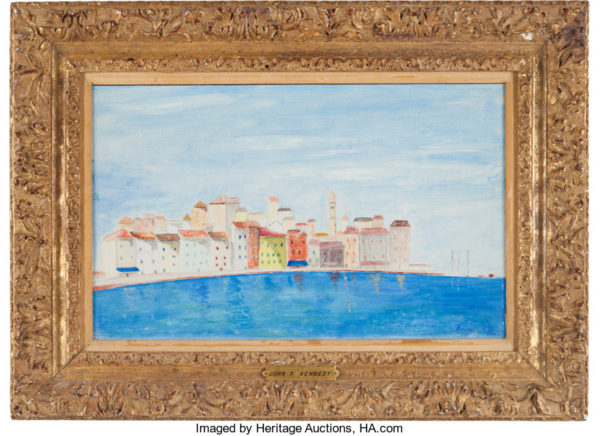 The painting by President Kennedy is unique because, according to the auction house’s website, the president rarely painted or drew as he “was not endowed with great artistic talent.” This piece was painted by then-senator Kennedy in 1955 and was given to the president’s niece by his brother, Robert Francis Kennedy and sister-in-law Ethel. The current bid for President Kennedy’s painting is $42,000 ($52,500 with buyer’s premium).

His signature is so graphical!