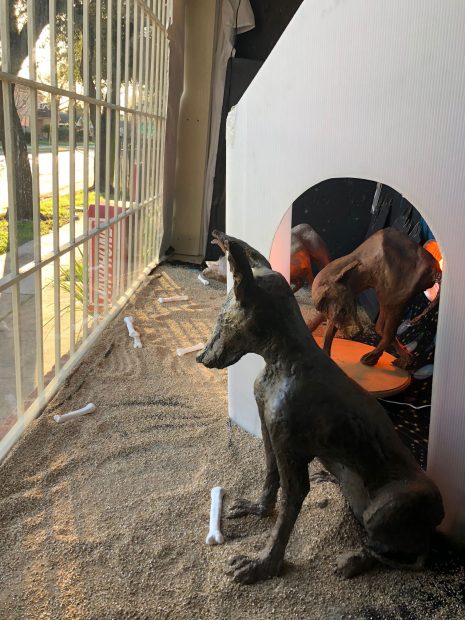 Mystic Lyon, an art venue and community space in Houston’s Fifth Ward, has announced that it will be hosting an art-making workshop led by Houston artist Sharon Kopriva on March 31, 2019 from 2-4 PM. Ms. Kopriva, who is known for her drawings, paintings, collages, and sculptures that address themes of nature, religion, and death, will present the event in conjunction with her exhibition Canis Major, which is currently on view at the venue.

The workshop is specifically geared toward teaching attendees how to make bones — a sculptural form that often anchors Kopriva’s work. This past Halloween, I included Ms. Kopriva’s bones in a photo essay titled Ten Texas Artworks About Bones, in which  I wrote about her work in Sculpture Month Houston’s exhibition From Space to Field:

“It was hard to choose which artwork best represents Houston artist Sharon Kopriva’s use of bones. Many of her macabre works (they’re all macabre, though some more than others) address the decay of our corporeal selves. Her installation in 2016 in the Houston rice silos at Sawyer Yard framed this work really well — the disused industrial backdrop brought out her work’s spook factor.” 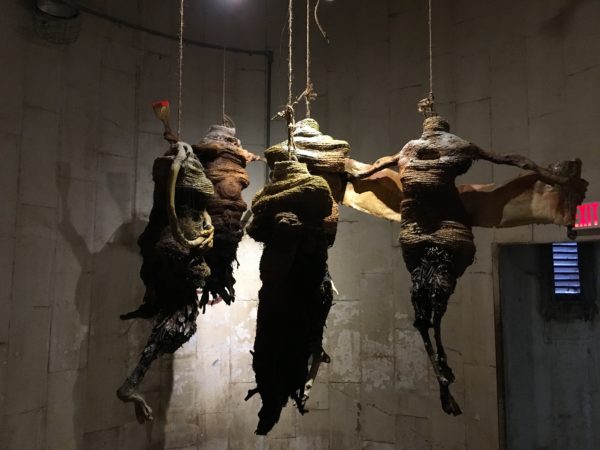 “For this installation, Sharon has created new work to add to the mix along with some of her classic pieces. We are located in a very dog rich neighborhood, so it is surrounded by kindred spirits.”

For more on Ms. Kopriva’s show at Mystic Lyon, which is on view through April 20, and to RSVP for her upcoming bone-making workshop, please go here.

Mystic Lyon is also hosting a screening of short films in conjunction with the upcoming Latino Art Now! conference in Houston. The screening is curated by Stephanie Saint Sanchez and takes place at the venue on March 23, 2019 from 7-9 PM.

From Houston to Corpus and Everywhere in Between