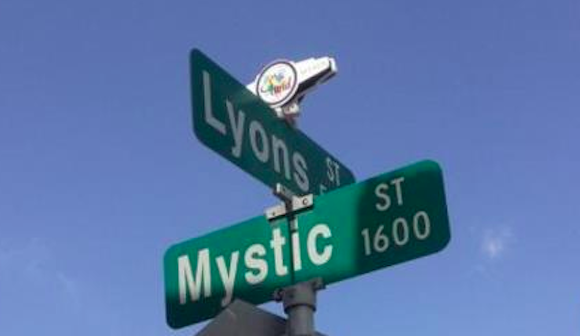 The Mystic Lyon window gallery will inaugurate its new space with an installation by Fifth Ward resident and artist Jesse Lott, who will be honored in mid-October by the Art League Houston with its 2016 Lifetime Achievement Award. The artist’s work is based on an aesthetic he refers to as “Urban Frontier Art,” which involves the recycling of discarded material into art. The opening reception will take place on Saturday, October 1, from 5-8pm. To locate Mystic Lyon, refer to the above photo.

Mystic Lyon curator Emily Sloan explains how the show and art space came to be:

The Mystic Lyon has been my art studio for approximately three years. About two and a half years ago, I began inviting neighbors over for badminton, thus founding the Fifth Ward Badminton Club. While socializing and playing badminton, it often came up that people would like to see more art in the neighborhood. This past February, this led to asking neighbor Jesse Lott to have a show in the front of my studio. His work will remain on view around the clock in the windows through April 2017. Jesse will most likely be changing the work throughout the length of the exhibit, so viewers will need to keep checking back to see the latest!