Business and Pleasure: 50 Years of Photography by Paul Hester 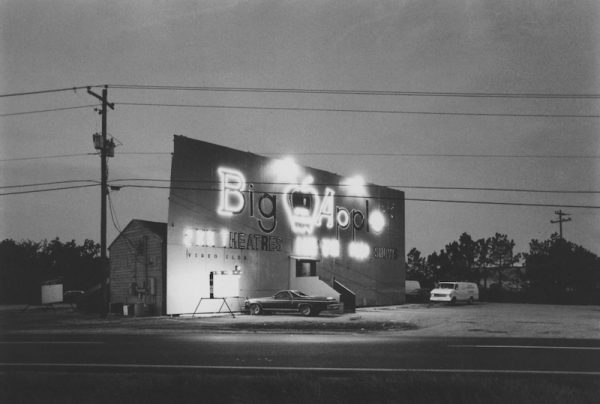 [Ed note: This is the fifth profile in a series by Gene Fowler on Texas documentary photographers. The first, on Ben Tecumseh DeSoto, is here. The second, on George Hixson, is here. Bill Leissner is here. Earlie Hudnall is here.]

Photographer Paul Hester was an architecture major when he first enrolled at Rice University in the late 1960s, but he soon switched to fine arts. Among the life-changing cultural experiences that altered his course, one particular memory stands out. It was the exhibition The Machine As Seen At the End of the Mechanical Age, which had been organized by the Museum of Modern Art in New York. Dominique de Menil arranged for its travel to Rice. “That show hit me like a ton of bricks,” Hester recalls.

The choice was confirmed in graduate studies at the Rhode Island School of Design, where his photographer-professors included Harry Callahan, Aaron Siskind, and Minor White. Callahan, Hester recalls, “presented photography in the best way possible. I particularly remember his dried plants photographed in winter and printed on a page embossed in the shape of the plant.” Siskind’s famous glove on a Gloucester dock is another image that stands out in Hester’s memory as one that suggested the medium’s expanded possibilities. Recently retired from teaching at his Houston alma mater, the photographer has an exhibition, Business and Pleasure: 50 Years of Photography by Paul Hester, opening at the Rice University Media Center Gallery on January 17 with a reception from 6 to 8 p.m. At 7 p.m. attendees have a chance to stand before Hester’s lens themselves when a group photograph will be made.

A native of Nashville who grew up in North Texas and Arkansas, Hester discovered the allure of capturing images while working on his high school annual. He says he initially chose to attend Rice not only for its fine architecture program but also because the university “had great annuals.” The photographer obtained his first personal camera, a Pentax Spotmatic, between his freshman and sophomore years. And though he chose not to enter the profession of designing additions to the built environment, much of his half-century career has been devoted to photographing products of that environment. “Buildings can be fun to photograph,” he jokes, “because they stand still, don’t talk back, and don’t fret about getting their hair just right.” 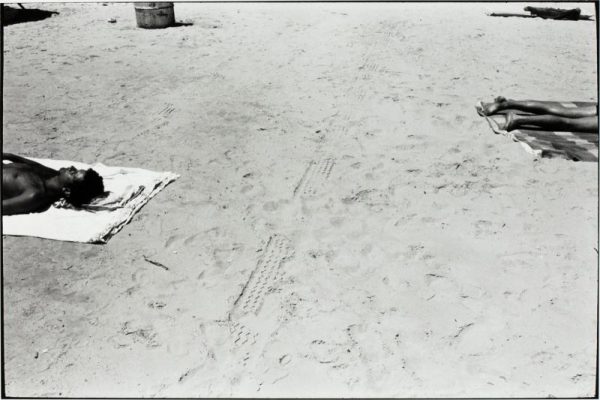 A half-century of anyone’s artistic activity is a lot of ground to cover, and Hester describes Business and Pleasure as a collage of his work, with all the variation one might expect in art produced for commerce and culture over such a span of time. With their oblique framing and heightened sense of everyday mystique, an early series of images, made in Galveston in the early 1970s, seems partly influenced by one of Hester’s photography heroes, Lee Friedlander. Funded by a small NEA grant and also spurred by the 1966 MFAH publication, The Galveston That Was, the images are now part of the Smithsonian American Art Museum collection. 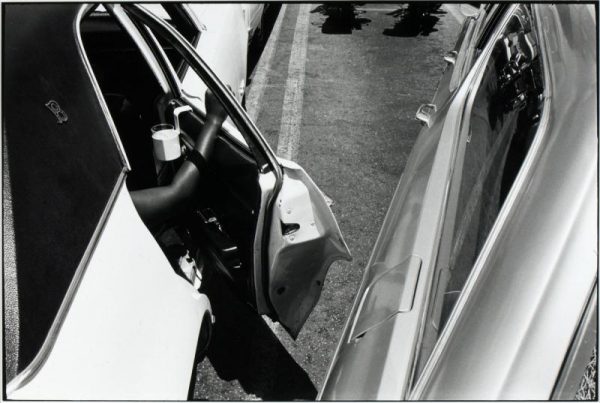 In one of those curious Artworld-on-Main-Street episodes, several of the Galveston series appeared on a “classic car” website in 2012. “At the time,” said Hester in response to the website editor’s question about why the cars and people in the photographs were often quarantined on the images’ margins, “I really thought the edges of the photographs were more important, more interesting, and offered more visual potential than your standard center-of-the-frame obvious subject.” 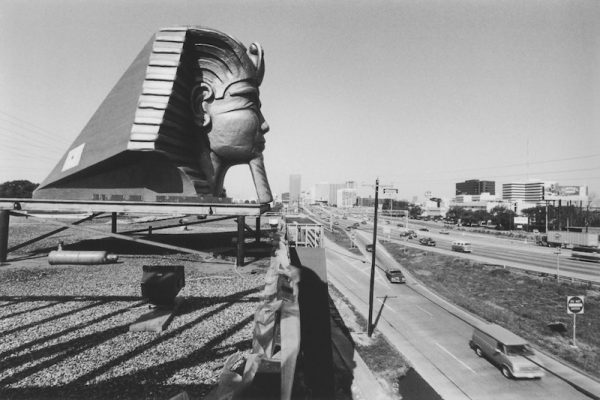 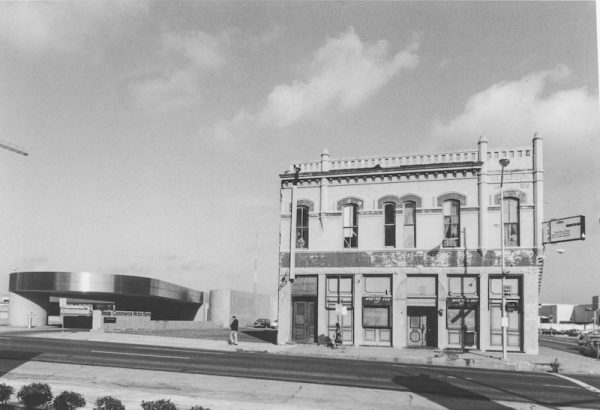 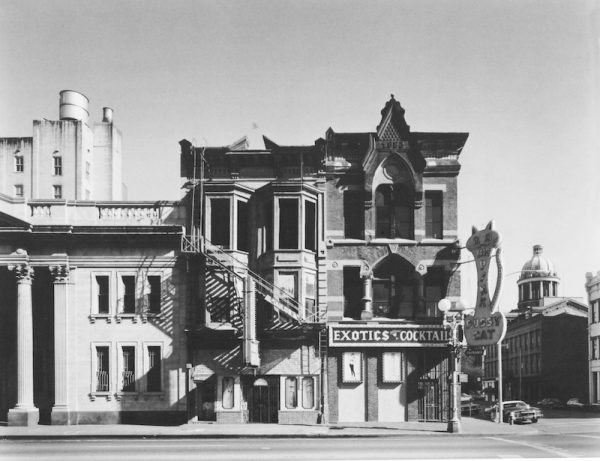 The complex and captivating city of Houston, of course, provides the social and urban landscape for many of the show’s images. A number appeared in The Elusive City, a Hester exhibition presented at the Menil Collection twenty years ago. In his catalog essay, Douglas Milburn described the  “617 square miles of bruised, forested plain” that then comprised the city as “conundrum, chameleon. Hard to pin down. Hard, even, to perceive… Above all else, unpredictable.” “Few visual artists,” he ventured, “have come as close to capturing this city’s elusive quality as Paul Hester.” 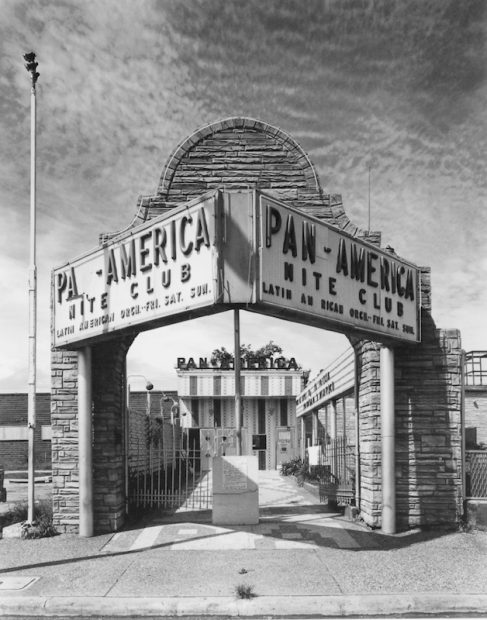 A sleek, low-slung and gleaming Texas Motor Bank structure designed by I. M. Pei abuts an 1896 two-story brick building that displays its wounds and scars in a place lost between resignation and pride. Missing letters on the sign of the venerable Pan-American Nite Club read like the random hand of some experimental poem, cooking visions of distant Saturday nights filled with the shoulder-rippling rhythms of “LATIN  AN  RICAN  ORCH.” 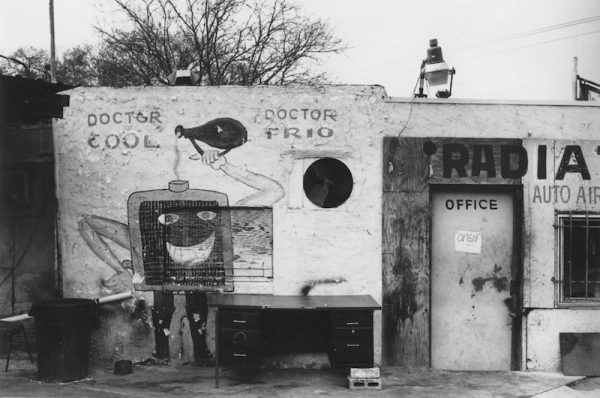 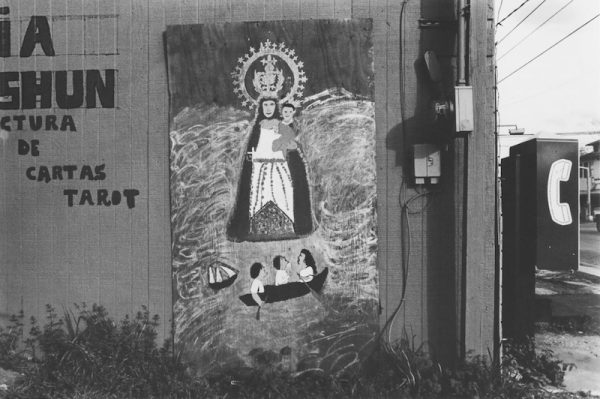 A gut-bucket-ragged radiator and auto air conditioner business wears a painted radiator with arms and legs, pouring coolant into its open-cap body from an upraised pitcher. “DOCTOR COOL” reads one side, “DOCTOR FRIO” the other. In an oversized retablo posted on the side of a tarot business, three people in a row boat — perhaps crossing the Rio Grande — beseech the grace and protection of a floating saint. 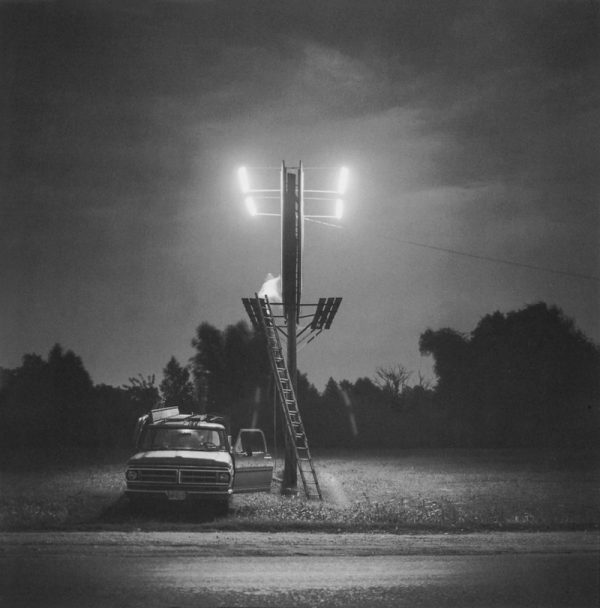 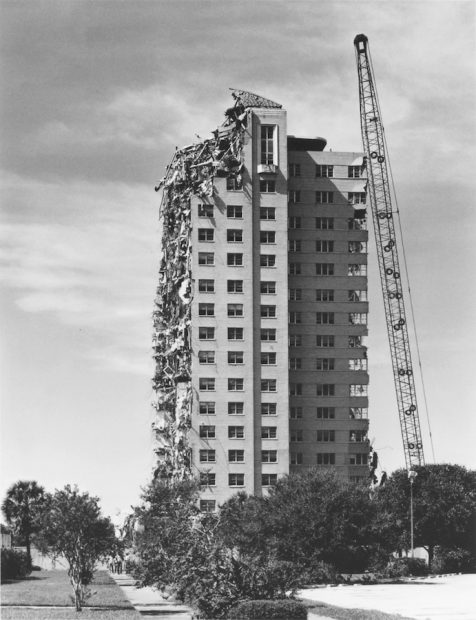 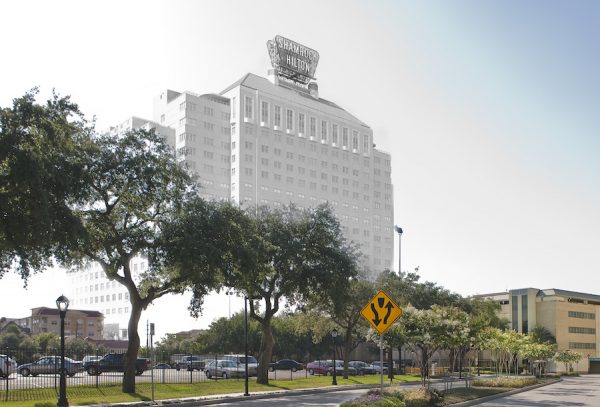 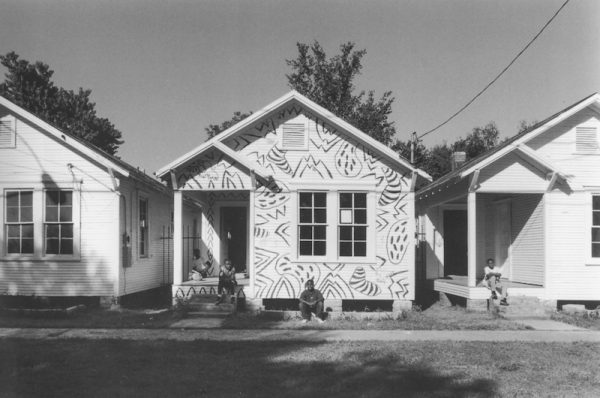 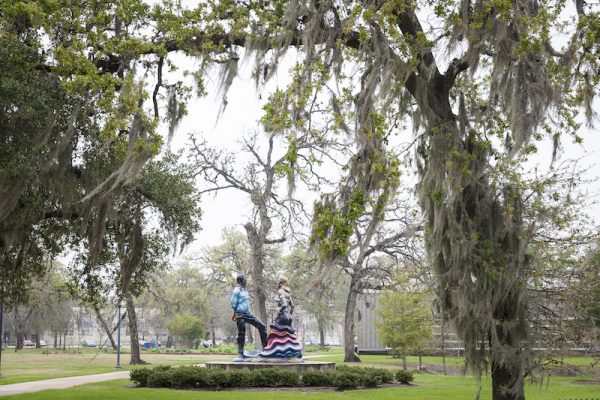 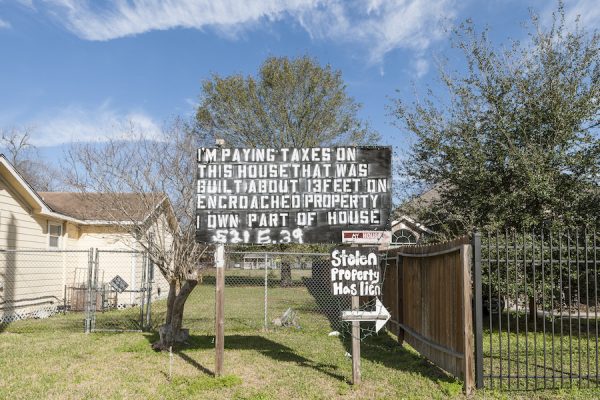 Many of Hester’s images over the half-century found their way onto the pages of Cite, the architecture magazine founded by Rice Design Alliance in 1982. “Paul Hester’s photographs have been essential to Cite,” wrote the trio of editors who produced the 2003 book Ephemeral City – Cite Looks at Houston, “and it would be difficult to imagine this book without them.” A 2017 issue of the magazine featured a whopping 100 Hesters, depicting sprawling Space City from its battered and beaten, smiling heart to its pristine modernism and the green quasi-fairyland canopy of its neighborhood forests. In one B and P image, two brightly-colored fiberglass dancers stand amidst moss-laden woods at the University of Houston. Installed there, Jarabe, or Fiesta Dancers, a sculpture by Luis Jiménez, elegantly details the intertwined borders of South and Southwest. In another, a hand-stenciled sign about “paying taxes” on “thirteen feet [of] encroached property” bears witness to the no-zoning frontier aspect of Houston that imbues even the ‘burbs with a dab of Wild West. 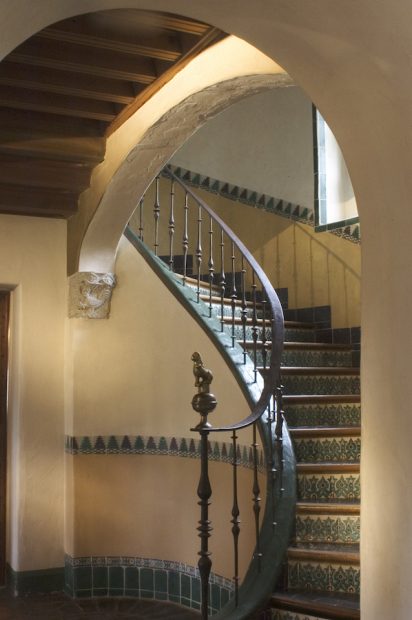 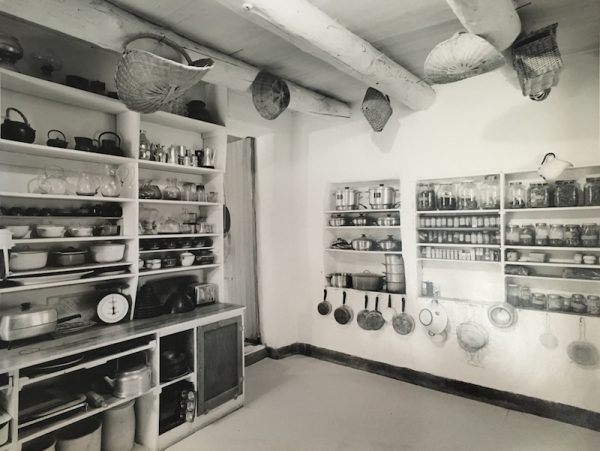 Today, Hester divides his time between Houston and Fayetteville, and operates his architectural photography business in partnership with his wife, photographer/flautist/weaver Lisa Hardaway.  (He also works two days a week photographing works at the Menil Collection.) Their book projects include images of Texas courthouses (a favorite courthouse story being the Eastland County tale of Old Rip the mythic horned toad, more survival-rific than Keith Richards), Philip Johnson in Texas, Spanish Revival architecture of California (with Diane Keaton), and the 2012 volume, Georgia O’Keeffe and Her Houses: Ghost Ranch and Abiquiu. Hardaway had a direct experience with O’Keeffe. In 1980, she took a break from college in Colorado and camped out near the artist’s home. One day she asked if she could play her flute for O’Keeffe and was told that she may. After a time, Georgia O’Keeffe herself appeared outside the fence. Hardaway sat on the ground and placed rocks on her sheet music to perform a selection from Telemann, whom she believed to be one of the artist’s favorite composers. Georgia listened, nodded, and returned to her home. 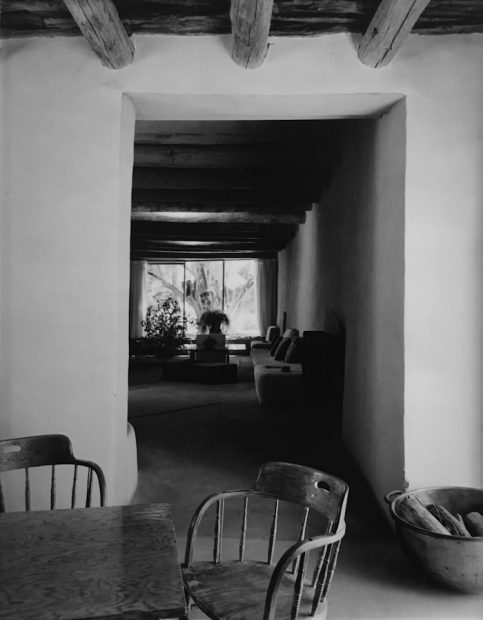 “The O’Keeffe Foundation had hired us to photograph the homes as well as sites that she used in her paintings,” explains Hester. “It was an amazing experience for us to see the scenes that were transformed in her work, and the images are good examples of our collaborative work with the 4×5 view camera.” 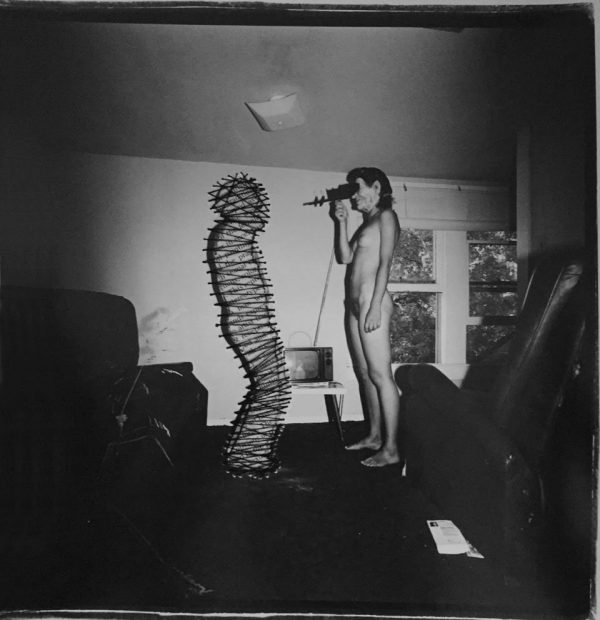 The photographer confided to me that he maintains a love/hate perspective on the relationship between fine art and photography. I imagine both ends of that spectrum apply to one series of Hester’s works included in B and P. “They remain unpublished and have rarely been exhibited,” he explains. “The simplest way to describe them is people without clothes… .” The series was initiated by working with George Krause, who was teaching at the University of Houston in the late 1970s, and briefly with Lee Friedlander when the latter taught a semester at Rice. “Initially these photographs were in the guise of quasi-political statements and the models wore Ronald Reagan masks. Then I tried a variety of things. A woman wrapped in tissue paper was photographed at a workshop that George Krause organized for the Houston Center for Photography… that image was my contribution to the first Amnesty International Prisoners of Conscience exhibition. For the second, I asked a friend to perform a wrapped up version in a big coat along Main Street in downtown Houston… .” 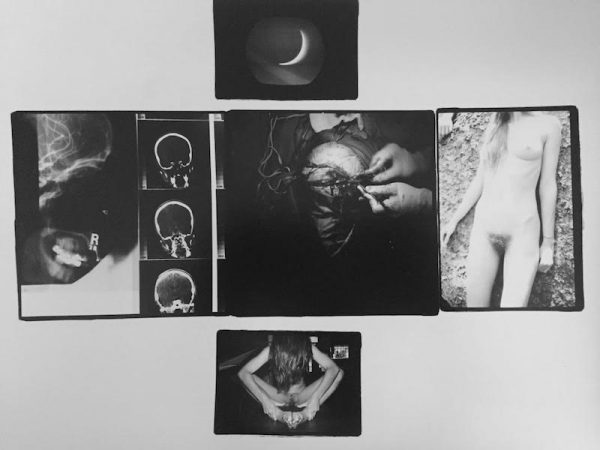 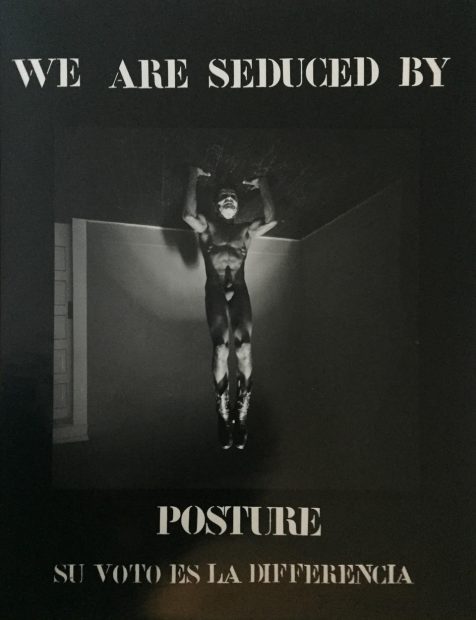 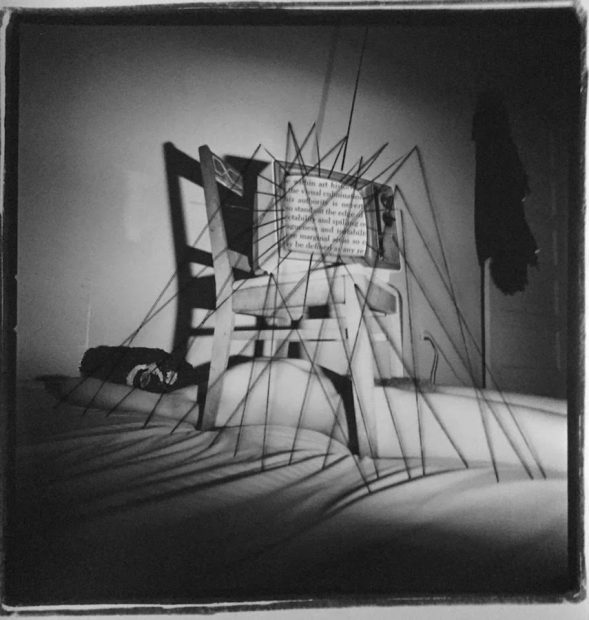 He continues: “In my frustrations, I began to combine single images into multiple images, printing three or four negatives onto one piece of photographic paper. I think of them as totem poles or illustrated manuscripts without the text, different ways to reinforce or emphasize the feelings I have from an image and maybe suggest to the viewer different ways of responding. Texts were initially added by putting transfer letters onto clear plastic and exposing the photographic paper to make white letters with a black background. Later I cut the prints and stitched some pages from a book of feminist art theory onto the print that can be read through the cut-outs. Finally I scratched and melted the negatives to make a combination of hand marks with the photographic image.” 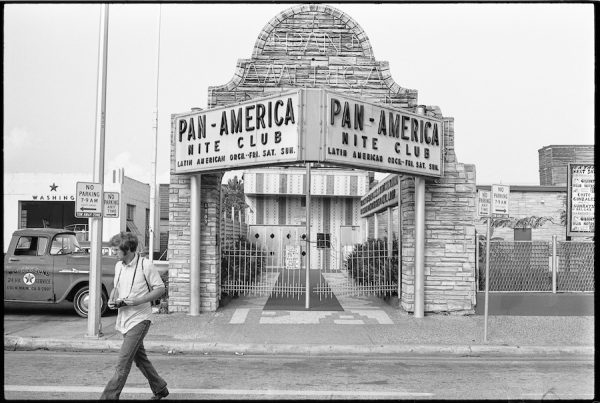 ‘Business and Pleasure: Fifty Years of Photography’ by Paul Hester opens at Rice University Media Center Gallery in Houston with a reception from 6 to 8 p.m. on January 17. At 7 p.m., attendees have a chance to stand before Hester’s lens themselves when a group photograph will be made. The show is on view through February 22, 2019.

A show not to be missed I’m sure!

Paul’s consistently elegant, engaging. introspective and fun photography is a true reflection of him as a person, husband, friend and father. What a treat to see such a wonderful body of work

congratulations paul !. The photos are unique and have their own personality

Paul’s photography has been a source of inspiration for so many of us. This show promises to reveal the remarkable range of his skills and the huge importance of his life’s work as a photographer.

Paul’s work has always had a great deal of wit and a sense of irony carries through so much of his work his work. An exhibit which really shows the range of his work and its engagement with so many aspects of life is long overdue. I am very happy tis is happening and look forward to seeing it. He is a good artist and a generous man.

Congratulations Paul – looks like a great exhibit. I still have your booklets on signs and Spanish architectural influence. I love’em.

He was my photography professor way back in college (nearly 10 years ago!). What an incredible human being, mentor, & artist. He radiates so much kindness, philanthropy, & mercy to everyone and everything. Amazing person.