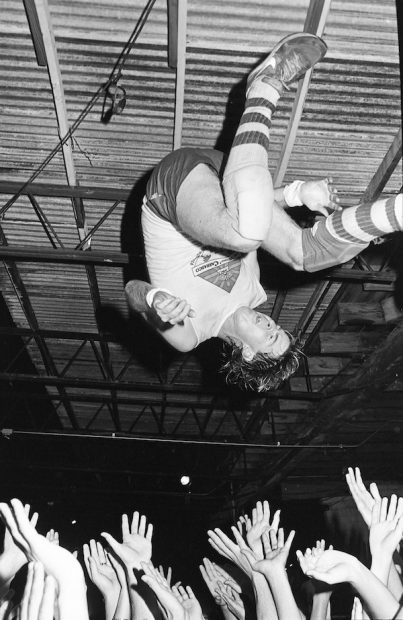 All photography by “Texas Bill” a.k.a. Bill Leissner.

As the national profile of the capital city of this immense land mass masquerading as a mere state has risen exponentially over the last few decades, a peculiar pastime has emerged in which oldtimers bemoan Austin’s current clusterfrick while revering its fabled past. “Austin’s kinda cool, yeah, but you shoulda seen it in the ’60s… the ’70s… the 1880s. That was truly a Groover’s Paradise.” It’s almost as exhausting as the goofy “Keep Austin Weird” campaign.

Which is not to say that the bemoaners don’t have a point. The soaring cost of rent and real estate, the berserk pace of growth and central-city congestion, and the cold-blooded bulldozer of gentrification have all conspired to change the character of poor old Waterloo on the Colorado. You can’t blame folks for savoring faded memories of a simpler time, when the city was easier and mellower, when their own mortal equipment still powered along on all cylinders. It’s a universal, timeless urge. 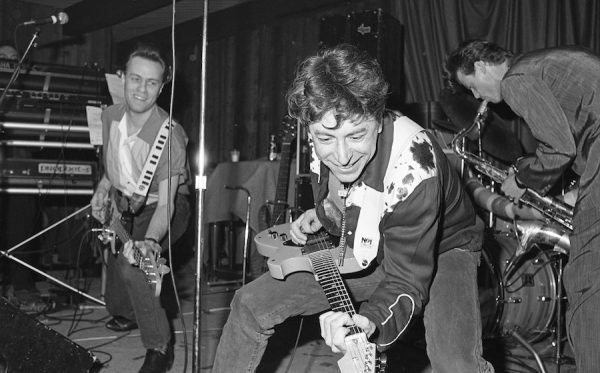 When Leissner posted this Joe Ely image, John Logan wrote, “Was with Joe on the road when Passenger backed him up… I saw him take the LA prudes from a boring ‘waiting for the main act’ crowd to a jumping, pulsing, crowd that couldn’t wait for more when he jumped off the stage and got down in it! Palamino Club. About 1985. SO much heat!”

Into this landscape of loss and reflection returns the photographer “Texas Bill” of Portland, Oregon, a.k.a. Bill Leissner, with his remarkable archive of  Grooverville images circa 1980s and early ‘90s. Leissner shot some 3,500 rolls of film of ’80s Austin, artfully documenting the city’s tribal beat, performing arts, and body politic. For the last couple of years, after toting 100,000 exposures around the country for nearly three decades, he’s been digging into them like an archeologist and sharing images with over 5,000 followers of his Facebook page, Bill Leissner Photography Group.

We profiled Leissner’s pioneering selfie work in 2017. Now, Waterloo Press, the publishing entity of the Austin History Center, has agreed to publish a book of his non-selfie images, if Leissner can raise some dinero to help with printing expenses. As part of the fundraising effort, a benefit performance smorgasbord has been scheduled for December 10 from 7 to 10 p.m. at Esther’s Follies in Austin. 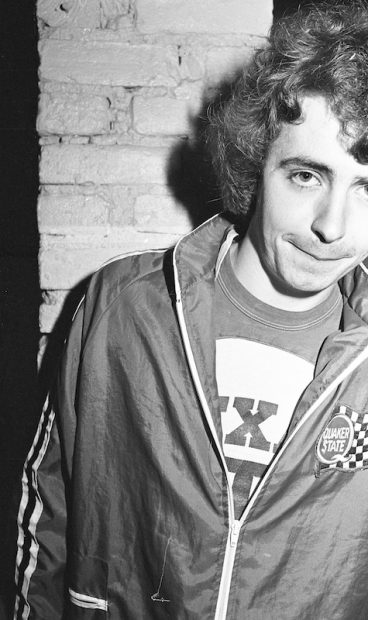 Leissner credits his compulsion to take so many images — and the blood, guts, and nerves ability to have physically done so — to the manic aspects of his bipolar disorder. Now 60, he says he’s been on meds for half a century. He grew up with a herd of siblings in Victoria, Texas, a townscape of intriguing Southwestern-eastern strange on the state’s coastal plain. “When I was 15,” Texas Bill posted with a haunting photograph of a lonely attic bedroom, “I ran away from home and traveled with a carnival for a summer, operating a Tilt O’ Whirl. Then I went and lived with my grandparents for a couple of years, in Uncle Donny’s old room.” 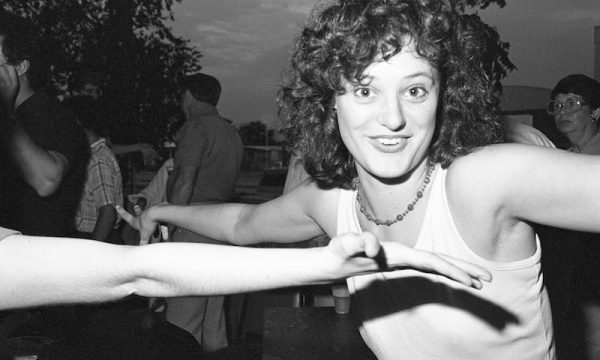 Sarah Eckhardt was active in the Austin (and New York) theater scene before becoming a Travis County judge.

Leissner developed his uber-Warholian obsession with capturing the visual content of his lived experience after escaping into River City’s big fat institution of higher learning, UT Austin. The classes of photographer Mark Goodman (one of the many Austin artists who has now set up operations in Elgin, Lockhart, and other nearby towns) introduced him to a new perspective on processing experience through art making. “I started out photographing things like shadows cast by wicker furniture,” Texas Bill explains, “and Mark said my pictures looked like wallpaper. He told me, ‘Shoot your own life.’”

Studying the work of photographers like Mary Ellen Mark and Garry Winogrand also gave student Leissner a new mentality. “Their work and others showed me that social documentarians’ pictures ask questions,” he says. “Their work inspires and respects viewers, while photojournalists shoot in a more formulaic way that’s always trying to answer questions. I don’t have a high regard for photojournalists.”

Goodman also stretched young Texas Bill’s aesthetic with the arresting, unsettling images of Joel-Peter Witkin: “He would deface negatives of his pictures of things like stuffed monkeys — it was a real departure that was taught in the classroom as art.” Other photographers who influenced the developing student included Diane Arbus, Henri Cartier-Bresson (especially in his volume The Decisive Moment), Minor White, Robert Frank, and many others. Goodman helped Leissner discover the bravery an artist needs to step outside one’s comfort zone and jump into the adventure.

“I might have been a little obnoxious,” Leissner jokes, “blinding people at events with hundreds of flash exposures.” His “rig” at the time consisted of a Nikon FM, with “a 35-mm lens and an MD-12 winder mounted on a grip with a Vivitar 285 strobe, a plastic case containing three rechargeable, sealed lead acid ‘D’ cells wired in sequence and glued to the bottom, with a lead that was wired into the strobe. It was my own ‘design’, the battery pack conceived by tearing open a $150 leather-encased battery pack with a shoulder strap, LED lights and an on/off switch, after which I discovered that the heart was the three batteries that could be bought for twelve bucks. The rest evolved progressively by trial and error until I’d devised a rig that suited my purposes nicely and left one hand free.” 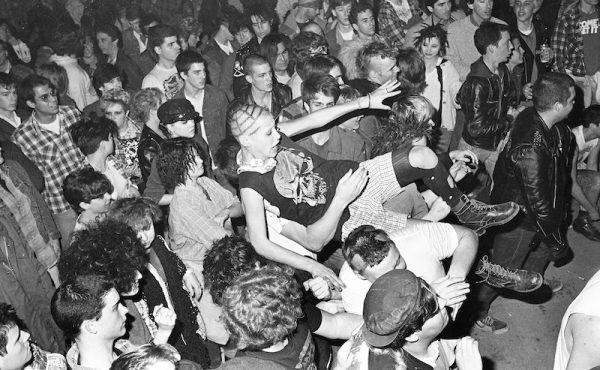 He started out shooting the generic mosh pits and meaty rage of punk-rock shows. “I liked those scenes because people didn’t pay any attention to me — nobody got pissed off by a camera’s presence, and I drew energy from the crowd’s excitement. I was a little older than most of the punks, but I was able to retroactively experience the freedom of expression that I hadn’t had at that age.” 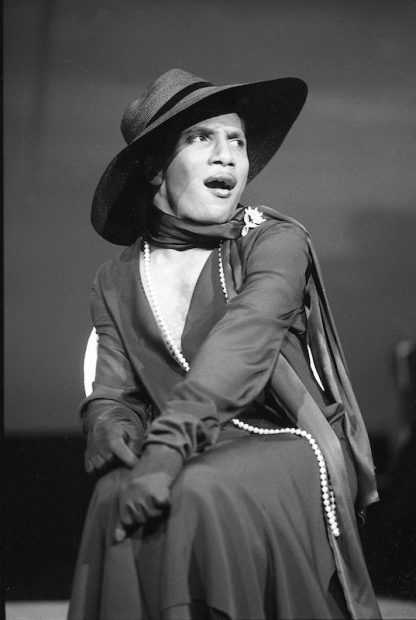 The late Boyd Vance in the stage production Splendora.

In 1982, Leissner traveled to New York City to attend a major peace demonstration. Photographing poet Allen Ginsberg and others at the event, he returned to Austin even more inclined to be a social documentarian and visual chronicler of the performance scene. “The wonderful thing about shooting dance and theater,” he explains, “is that a rhythm develops, and you get to a point where you can predict and anticipate the next moment. It really develops your sense of timing. It’s a superpower for photographers.” 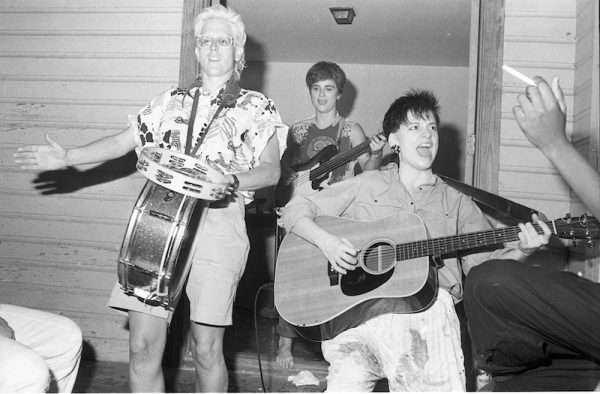 Leissner’s image trove is especially strong as a scrapbook of long-gone Austin music venues and the artists who shook their foundations with sound. He documented the heck out of Joe Ely and could do a whole book on the Lord of the Highway. He’s got killer images of Willie, sister Bobbie, Charlie Sexton, the Skunks, jumpin’ Joe King Carrasco… just about every musician who played a 1980s Central Texas gig, including Two Nice Girls. TNG founder Gretchen Phillips recalls that the ’80s “were a great time for interesting and varied female-fronted bands… As a young dyke, it seemed to me that the punk women’s world and the lesbian feminist world were rather separate, and I dreamed of bringing them together. There was just no reason the radical lesbians wouldn’t want to hear some kick-ass electric guitar feedback.” 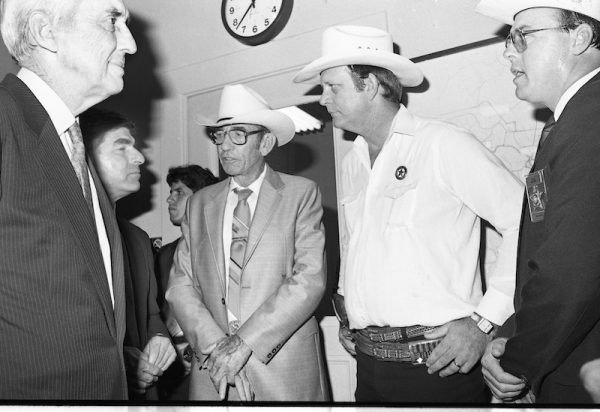 Presidential and Vice Presidential candidates Michael Dukakis and Lloyd Bentsen on the stump in 1988 with “the last cowboy sheriff” of Travis County Doyne Bailey (wearing badge).

Texas Bill also reflected truth to power in a Who’s Who of ’80s political figures. He seems to have been present and shutter-snapping at every Ann Richards event from first campaign announcement to her victory party. In a ‘selfie’ taken with Bill Clements, the ornery former governor looks as though he may have wanted to pinch the smartypants out of the photographer’s ear lobe. 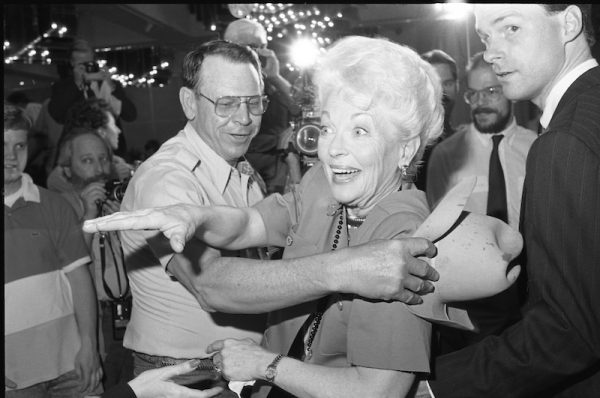 Ann’s happy to see somebody, but what’s with the dude and the hat? 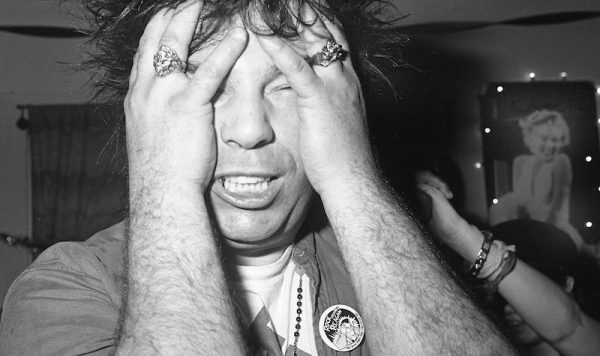 “Is there a Biscuit in the house?” The late Randy “Biscuit” Turner, visual artist and frontman for The Big Boys.

Leissner left Texas in 1992, landing in New York, where he sold books on the street for a living after finding that three photographers had a monopoly on shooting the city’s theater world. He spent some time in Vermont, then headed west to Oregon, where today he works as a peer support specialist with a county mental-health crisis center. After decades of struggling with depression, the photographer says he’s at last become a mostly happy man. And part of that happiness he credits to the positive community response to his archive of images. 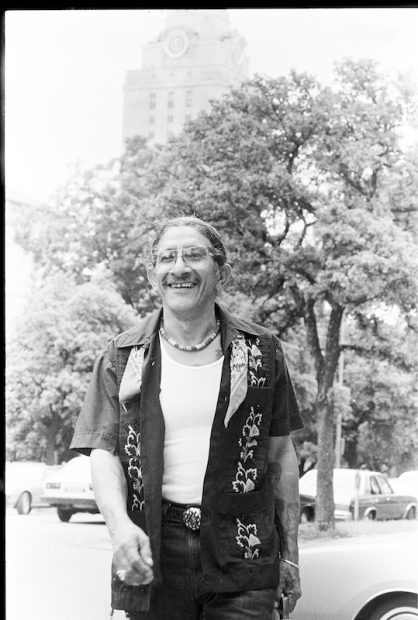 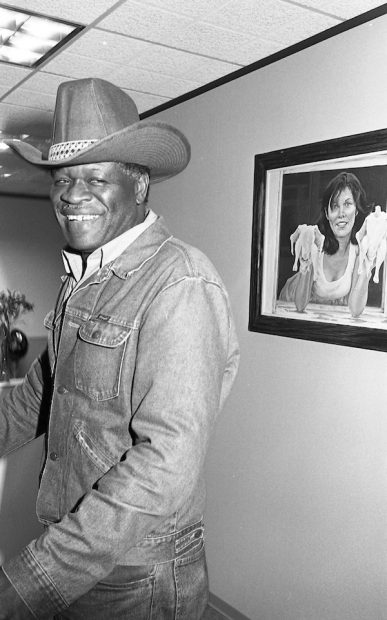 Reflecting on the relative equanimity he enjoys today, Leissner thinks back to the scale of social adjustment and acceptance encountered during his early image making. “I think one of the things that drew me to the punk rockers was the fact that their whole thing was not fitting in, and I could identify with that. Interestingly, though, it seemed like they did pretty much fit in, whereas I felt like I never did. In a sense I think my camera was sort of my proxy, photographing the ‘in’ crowd. I always felt like I didn’t belong, but as long as I was taking pictures it didn’t really matter… .”

The benefit for production costs for Leissner’s book is Dec. 10 from 7 to 10 p.m. at Esther’s Follies in Austin. To make a donation for the project through the Austin History Center, go here.

Did Texas Bill Invent the Selfie?

Thank you, Gene Fowler, and Glasstire for another very nice piece.

Next books – the one on Joe Ely and the other one on Ann Richards. Go for it!