Artadia, a national visual arts non-profit organization that awards grants to individual artists across the country, announced recently the launch of its new Houston Artadia Fellowship, an award open to immigrant and refugee artists living and working in the Greater Houston area. The award is designed to help connect these artists with the city and the country’s larger art community: In addition to giving fellows a $2,000 unrestricted honorarium, the program will pair them with an artist mentor from the organization’s pool of past Artadia awardees. After working with their mentors, during which the fellows will meet with others in the community about their work, the fellows will give a presentation of their work “to Houston’s art community, including artists, collectors, dealers, critics, curators and arts professionals.”

“We are thrilled to launch this program as it aligns with and broadens our mission to support visual artists in an open and accessible manner and through dialogue and exchange. Now more than ever, we are interested in reaching artists who are underserved and are a vital part of the American contemporary art conversation.”

Though this is the first time Artadia is giving out an award open only to  immigrant and refugee artists, the organization has been quite active in Houston — over the past 17 years it has given about 80 awards to artists working in the city. In the last couple of years, the organization also switched from distributing grants every two years in its participating cities to a yearly model, meaning Artadia can respond more efficiently to different communities’ needs. For the standard award,  after two rounds of jurying, two selected artists receive $10,000 in unrestricted funds. 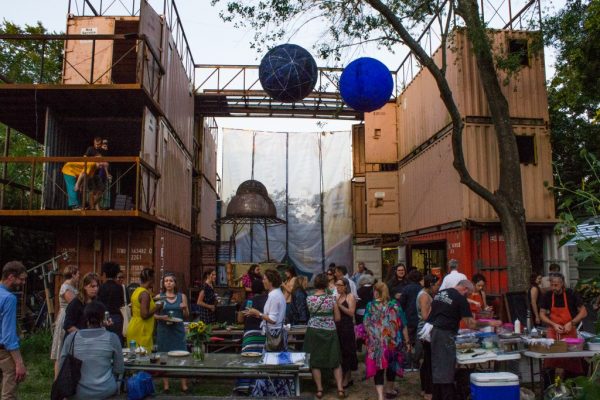 An obvious difference between the standard Artadia grant and the new Houston Artadia Fellowship for immigrant artists is the grant amount — $10,000 and $2,000, respectively. Ms. Ramo commented to Glasstire that one of the reasons behind this is that these programs, ultimately, have different goals:

“The fellowship is a different program that the Artadia Award program and is designed to connect artists to each other. The financial benefits are helpful but the crux of the program is to have immigrant artists meet with existing Artadia Awardees to learn more about navigating the Houston art community and to deepen their practice.”

The new Houston Artadia Fellowship is open to artists:
—Working in all media, and at any stage of their career
—Living in the Greater Houston area (Harris County and Contiguous Counties of Brazoria, Chambers, Fort Bend, Galveston, Liberty, Montgomery and Waller)
—Born outside of the United States
—Who have arrived in the United States within the last 5-10 years
—Who speak conversational English
—Who have a strong interest/ have been pursuing a career as an artist
—Who are interested in familiarizing themselves with the Houston art community
—Who have not previously received arts funding in the Houston area
—Who are not currently enrolled in a graduate or undergraduate degree program

Houston Artists: Artadia Wants to Give You Money