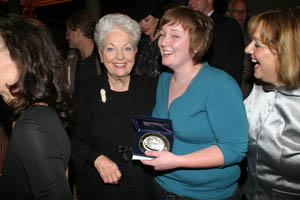 Artadia: The Fund for Art and Dialogue has announced the four participants of its Artist-in-Residence program, including Eileen Maxson, 2004 Artadia award grantee, 2005 Arthouse Texas award winner, and former Glasstire contributor.

Founded in 1997 by investment banker and art collector Christopher Vroom, in response to the demise of the National Endowment for the Arts’ artist fellowships, Artadia has distributed more than $2 million to 200 awardees in San Francisco, Chicago, Houston, Boston, and Atlanta.

Now in its 5th year, Artadia’s three-month residency program was ironically made possible with crucial seed funding from the National Endowment for the Arts, and is hosted in partnership with the International Studio & Curatorial Program (ISCP). It is open to all former Artadia awardees. The four residents (two in the fall, two in the winter) receive the following:

A Conversation with Eileen Maxson