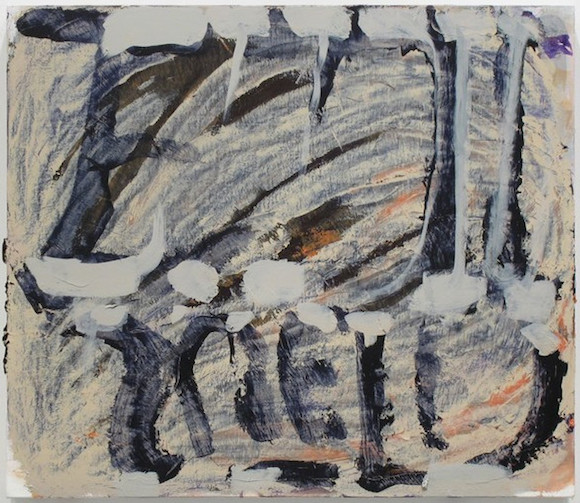 Francis Almendárez and Dana Frankfort will each receive $10,000 in unrestricted funds. Other finalists were Rabea Ballin, Natasha Bowdoin, and Angel Oloshove. Applications were open to visual artists who had lived in Houston for over two years, worked in any media, and were at any stage of their career.

The jurors—which included Dean Daderko, curator at the Contemporary Arts Museum Houston— praised each awardee: “Dana Frankfort’s dedication to process, formal experimentation, and the depths and pleasures of color animate a body of paintings in which she explores the legibility, visual potency, and dissolution of written words.”

“In Almendarez’s inspired and ambitious multi-channel video installation works, we were moved by investigations of memory and history evident in thoughtful manipulations of mood, and temporal and physical distance. We look forward to following the development of their promising practices.”

Congratulations to both artists!