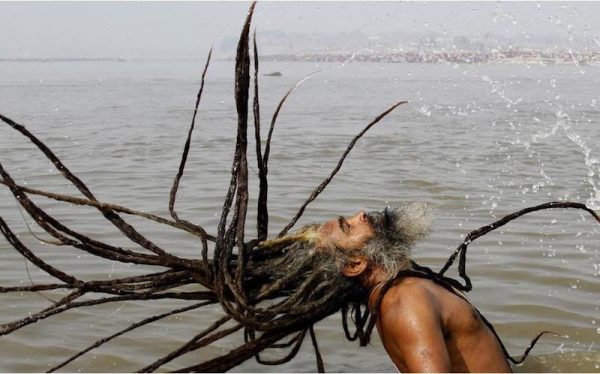 Around this time last year, I wrote a piece called the Twisted Manifesto that defined what I meant by “twisted” and why such twisted times call for twisted art. It’s a year later, and the world is more twisted than ever. Just this week, it was revealed that our thick, wet president paid a porn star around $150K for her silence on his affair with her (maybe she vacuumed the carpet in a maid’s outfit to a song from Dirty Dancing while Trump pretended to do “deals”), and this kind of news seems to just drift by us all, like a used condom down an ever-flooded gutter. This is not a dream. We will not wake up; Trump will not resign or be impeached. This is the timeline of our current existence, and it’s too exhausting, too twisted, to simply react.

We must forge a new vision.

Last year, I hit a bottom in my own life, around my 35th birthday. (Just like Dante. Also just like Dante I found salvation in defiling a 16-year-old girl I saw twice before she died of consumption. Just kidding; that’s creepy!). Adrift, embittered over past mistakes and things generally not working out the way I thought — a job not realized, relationships failed — I felt angry and trapped. I didn’t have a nervous breakdown. I managed to work and exist, marginally. I wasn’t actively suicidal, but I idly imagined death, as if it were a resort in Bali.

During the depths of this malaise I decided to watch one of my longtime favorite movies, John Boorman’s The Emerald Forest. The film, albeit succumbing to a heavy dose of indigenous mystification and a white-savior narrative, remains genuinely beguiling, spiritual, and emotionally resonant. Made in the mid-1980s, it stars Powers Boothe as an American engineer in Brazil designing a massive dam that involves clear-cutting huge swathes of the Amazon. One day Boothe’s son, Tommy, is playing in the forest, when the “Invisible People” appear — an indigenous tribe known for their ability to disappear in the forest. They beckon Tommy to come with them, later revealed as an act of mercy and compassion, as Tommy’s eyes are the same color as the forest and the tribe’s chief couldn’t bear to send him back to the “termite people” who eat the world.

Boothe spends the next ten years desperately seeking his son, and when he finally finds him (now Tomme), the son has gone completely native. Not only is the father unable to convince Tomme to return to civilization, but Tomme ultimately convinces his father to destroy the dam he spent his career building, so that more of the Amazon forest escapes destruction. During the movie’s end scene of an eagle flying over the jungle, with text of depressing facts about its destruction scrolling on the screen — made all the more bleak watching the film 32 years after its release and thinking of the magnitude of those decades of “development” — I found myself overwhelmed by Powers Boothe’s character’s arc, as he rejects his life’s work for his emerald vision.

Soon after watching it, I began to feel better. I started joking about becoming a life coach with the Emerald Vision program, but the joke became real while visiting Hamburg when I convinced a friend to truly change his life.

One year ago, I was commuting to Dallas to do temporary legal document review. The work was in a windowless basement and was extremely boring and lonely. I stayed in the cheapest Airbnb rooms I could find, which are rooms in shared suburban ranch houses where each room has its own keypad, and the house is full of travelers but you never see anyone — you just hear them scuttling around. Each day after work I would sit in my car and listen to a soothing reggae song and cry for a little while.

Today, not much materially for me has changed, but I feel more creative and less angry and afraid. I’ve been thinking about whether this psychic shift was predicated on any revelations, and how they relate to Boorman’s narrative truth. Here are three.

One: Your Vision is Your Wealth

Late capitalism has forced many of us to live in a continuous desperation, ever reacting and improvising. Like the myth of Nebuchadnezzar, we’ve been cursed by the god of Mammon to live like animals — our vision low, in the dirt, without periphery. It is understandable that we create work that responds to our environment and conditions, but what if such condition is arbitrary, cruel, and frankly, boring?

You must look to the sky and see which stars beguile you. I realized last year that it had been years since I took stock of what interested me. I was broadly engaged in culture and news, I guess, in an amorphous, undefined way, like a plastic bag blown around by the wind. I now accept that my main interests are: world music, indigenous folklore, the film genres of French and South Korean extremism, CIA history, and crypto currency (jk: the Bitcoin network now uses as much energy as New Zealand. Shut that shit down!). To find your emerald vision, think of a moment from your past that encapsulates your sublime idea aesthetic. For example, for me that would be when I was staying in a houseboat on the backwaters of Kerala, India, and at sunset, another boat around a bend in the river started playing electronic Bhajans, and the sound echoed off the water just as the drone of chirping insects came up.

Two: Articulate what you hate, not what you love.

I was watching the Golden Globes a few weeks ago and during the credits, Celine Dion and Aretha Franklin exchanged impassioned R&B scales. “This fucking rules,” I thought, and then wondered: “Wait, do I unironically like Celine Dion now?” The answer, unequivocally, is yes. And this felt effortless, because I realized my taste is much more defined by what I despise than what I love. Not thinking too much about what is “good” gives one a useful naiveté, while rigorously defining what sucks reduces the riff-raff. Maybe angsty teenagers have the right idea after all. Create discernment and focus. How much do I like the band Dead Can Dance? I’m not sure. But I know I hate: bluesy white music where the lyrics make one wonder: “Are they drinking bourbon or holy water?”; insouciant John Wesley-style figurative art of the female body; movies where a cranky white person has their world brightened by a magical person of color; and office/university satires. Life is short. Focus.

Three: Reality is an irrelevant concept.

Remember how a couple months ago, the New York Times ran a story that sort of confirmed that aliens are real? The most interesting detail of that article referenced a warehouse in Las Vegas of recovered extraterrestrial alloys that seem, possibly, deemed unclassifiable by scientists. It’s not sophomoric to note that these are surreal times that often feel like some horrific simulation — an algorithm spinning plot twists so grotesque and hackneyed they would be unbelievable as fiction. But even if the times were totally boring, the way the late ’80s of my youth were — looking up things in the encyclopedia and calling the bank’s time and temperature line on cold days — the stability of an objective reality appears increasingly shaky. There is no inherent nobility in telling ‘it’ like it really is, because “like it really is” doesn’t really exist. This isn’t to say that social realism is unworthy, or that careful journalistic reporting by seasoned reporters isn’t important, or that scientists and researchers aren’t doing some good, hard work we need to pay attention to.

But consider Jacques Audiard’s surprise Palm D’or-winning movie Dheepan, which starkly yet compassionately depicts Sri Lankan refugees’ lives in a housing project on the outskirts of Paris. The film feels deeply visceral and strange, as if Audiard found the real nerve of authenticity and didn’t mind that it courses towards a dreamland. You know how when someone like David Bowie or Prince dies, there are memorial articles titled “David Bowie/Prince taught me it was okay to be weird” ?

Well, this geo-hell we live in now has taught me that there’s really no other choice.

Good read, a sense of humor is also vital, something you have in spades. Really enjoy reading your articles.

Yep, thanks for this article.