It’s back! After a year off, it seems appropriate for a year-end review of the music I’ve listened to the most in my studio in 2017. I’ve broken the list into categories: Past and Present (self-explanatory), Future (music I think sounds fast, distant, ahead) and Afterlife (beautiful cosmic music I hope to hear after I die reassuring me that there is a soul and it continues).

In the year-end spirit, I’ll do a few for each category. I hope you can find some time to give these a spin in your studios wherever and whatever they may be. 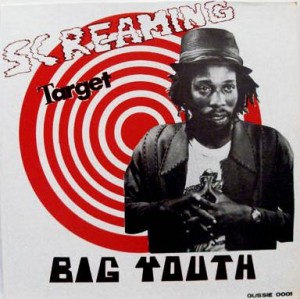 One of the main coping mechanisms I’ve had for this year of rage and despair is listening, approximately three to six times a day, to Big Youth’s astonishing roots debut from 1973. Youth, the producer, and the band were all around 19 when they made this effortlessly funky and soulful glide. I dare you to not to get chills on the opening title track when Youth croons “No, no, no… .” The band is in such a cosmic pocket that if there was a white band who made an album one-tenth as deep, Rolling Stone would have published some dorky coffee table book about the making of the album. One can also draw a line from Youth’s insouciant toasting and the spacey sing-raps of Young Thug and Future. This is quite simply one of the best reggae albums ever, on par with Toots and the Maytals’ Funky Kingston, The Harder They Come and The Congos Heart of the Congos.

I’ve had a very tumultuous relationship with the work of David Sylvian. An eccentric, effete chanteuse whose work spans 1) the avant new wave band Japan, 2) ambient experiments with Can’s Holger Czukay and Ryuichi Sakamoto, and 3) extremely lugubrious solo albums in the vein of late Scott Walker, Sylvian is always intriguing, but… well, look at him. However, Ghosts has become my melancholic go-to banger. A collage of burbling, sea-sick synths and icy vibes percussion punctuated by the absolutely killer chorus: “Just when I think I’m winning/when I’ve broken every door/the ghosts of my life blow louder than before”. This may also be the single greatest new wave/new romantic vocal performance; Sylvian’s voice is vibrato filled, highly theatrical, and once you get past the artifice, devastating. Ghosts is like a cold salt-water pool for the soul. 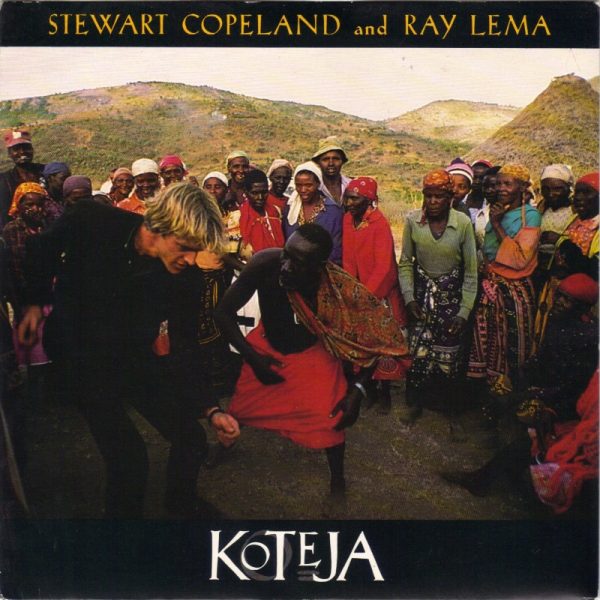 One of my best friends who lives in San Diego and is one of the deepest music heads I know occasionally will text me recs which I read with the same interest and urgency of Steve Bannon receiving some dossier on “civilizational conflicts” from a private intelligence firm run by ex-CIA and Mossad agents. A recent text read: “red hot tip, Stewart Copeland’s The Rhythmatist is low key one of the best afropop albums of the 80s.” Boy was he right. In a fairly egregious act of colonial egotism, the album is just credited to Copeland when it is basically a collaboration with the brilliant Congolese musician Ray Lema. Copeland very wisely does not sing at all on the album, much of which is handled elegantly by Lema. The opening Koteja is an unheralded classic — infectious and beautifully mixed. Feeling low? Play this. 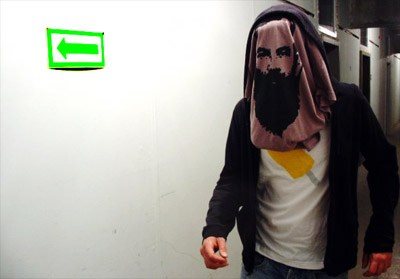 DJ Sotofett Drippin’ for a Tripp

Perhaps second in rotation for me behind Big Youth, this vinyl-only release on Damon Albarn’s routinely brilliant global label Honest Jon’s presents itself as intentionally absurd, with spot-on bootleg ’90s house graphic design and extremely bonged-out song titles. But behind the Scandinavian japery is a sublimely recorded collection of irresistible tropical, motorik grooves. Consider Main Bar Mix with a gliding, clean guitar solo that would make Manuel Gottsching proud. Most modern music I like best these days are the eccentric party jams made by people in their own strange, little biodomes.

At my company holiday party at a local dive bar, someone mentioned that a band was setting up to which I immediately replied, “That’s always the last thing I ever want to hear.” Suffice to say, I’m not really down with bands these days. A band of four white guys singing songs with lyrics like “been a long time gooooone from this town” is as depressingly boring to me as someone saying “First we have to go the DMV, and then Home Depot”. But bony, ginger iconoclast Archy Marshall is the real deal. At only 23, all of his albums have been stellar, and his latest 70+ minute epic The Ooz feels instantly canonical. A deft mix of The Fall and the melancholic orchestral ambience of late Talk Talk, The Ooz is angry and blue and constantly captivating.

Africa is home to the most wild and progressive genres of electronic music, from Gqom in Durban, South Africa to auto-tuned rap of Mali, but perhaps the most out-there is the music coming out of Dar Es Salaam in Tanzania. I’ll be upfront that this is an acquired taste — imagine a fusion of happy hardcore with African street party music and dancehall horns and gunshots. If you were to play this for an elderly Fox News viewer it could conceivably kill them. I find it exhilarating and inspiring, filled with g-force drops and a sense of momentum that frankly is globally unparalleled. 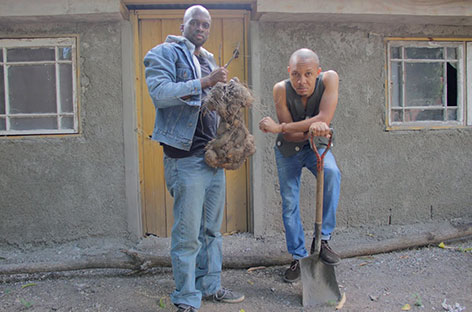 This is my favorite release of 2017, and from the first few seconds it is immediately apparent that it’s one of the great instrumental dub albums. The duo, who has a whole separate mainstream career as dancehall producers, create a gorgeously heady electronic dancehall dub classic. Lustrously produced, with a supple digital expanse, nearly every track is perfect miniature. Melodica Badness featuring Addis Pablo is an addictive, chiming contortion that sneakily knocks. The crescendo of synths over Pablo’s charming tiny melodica suggests a bubbling science experiment in beakers.

The label Sahel Sounds from Portland, Oregon that mainly releases West African music is one of the wonders of the world, issuing several of the best albums of the last few years. My favorite, Fasokan, a collection of “new age” West African music, ranks among the most serene and celestial music I’ve encountered. On Terriya, mbira and percussion mingle with synths and spoken vocals for something that feels like guided meditation. 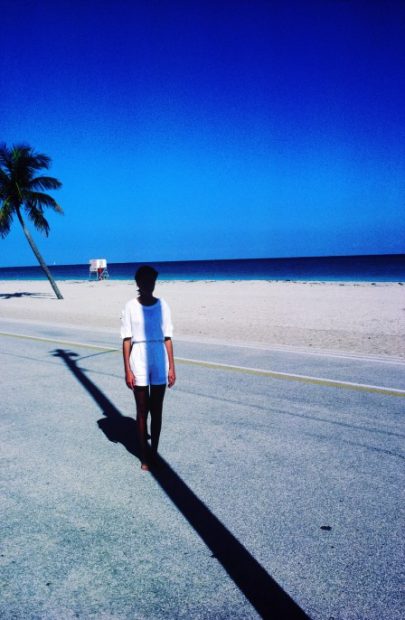 Steve Hiett Down on the Road by the Beach

Steve Hiett was a British photographer from the early ’80s whose works feel very prescient and contemporary — a kind of hipster ennui of leisure that most “cool” places try to emulate. He released an extremely obscure album in 1983 that Sony Japan reissued on CD this year, and it’s a hypnotizing fusion of The Durutti Column and Martin Denny’s Exotica. Hiett sings languidly on some of the songs, and his vocals remind one of Felt and the great Santa Barbara pop album Vision’s Fugitives by Italian prog luminaries Sensation’s Fix — a kind of stoned elegance at sunset.