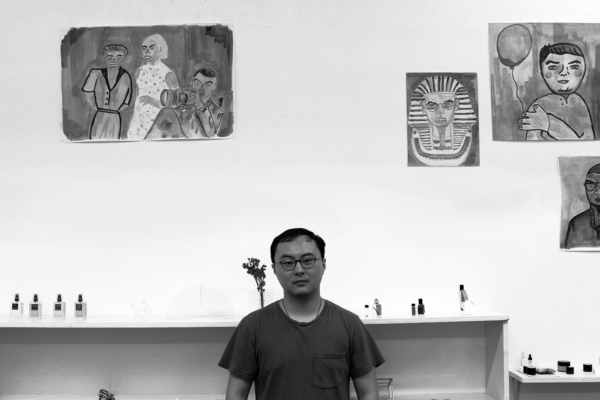 Irony, cultural allusion, self-reflection and sarcasm are so embedded into art of all mediums now that the absence of such usually becomes the main feature of the piece (“bracingly earnest,” “devastatingly vulnerable”). The omnipresence of these aesthetics can lead to a lull—everything suddenly seems to reference the film The Lost Boys or Anton LaVey—in a collective fugue state focusing on one strange shard of cultural detritus. So in seeing something genuinely sharp and funny, there’s the frisson reminder that yes, some people are simply wittier than others and the galleries of their minds more enthralling. 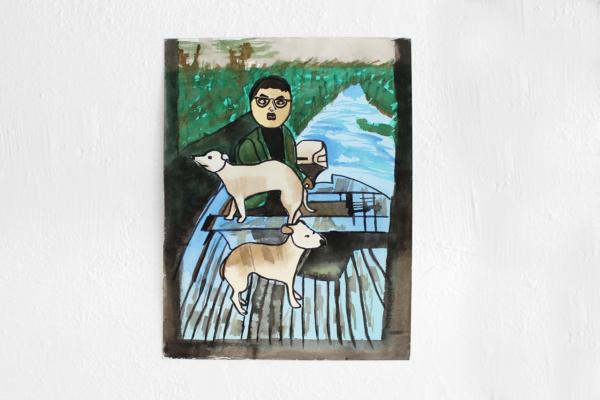 I imagine there might be many shows similar to #CharlesZhangForever, where an insouciant hipster paints self-portraits inserting himself into movies or casts himself as celebrities. But Zhang is the only one to paint something like Valuable Buddy. In the piece, Zhang paints himself with his usual grotesque, aggrieved grimace, piloting a boat with two dogs pointed in opposite directions. It takes a moment to realize that it recreates the painting by Tommy Devito’s (Joe Pesci) mom in Goodfellas, (“One dog goes one way, the other dog goes the other way”). This is the pinnacle of reference; a sly joke that unfurls like a velvet curtain, one precise cue that wryly conjures the specter of violence, ruin, death and ego. 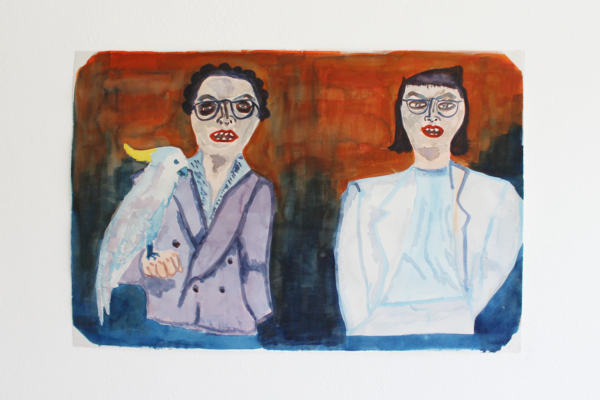 Every painting in this series references a film, a show, a celebrity, or Picasso. There’s also a screaming Alex Jones face with the eyes cut out, so you can stand behind it and yell “I’m a human and I’m coming!” The artist statement/bio is of course willfully absurd:

“The story of the penguin is a sad one indeed. Eternally burdened with incompetent limbs. This flightless bird, this tuxedo’d monstrosity, flaps in vain and squawks with mighty rage yet perpetually remains chained to this earth. But we have much to learn from these fowl beasts.” 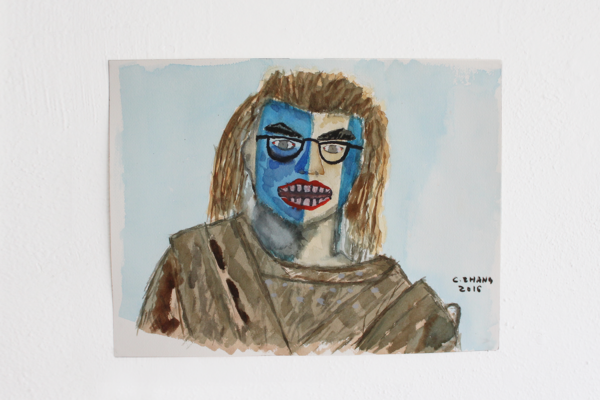 The show clicks as a study of ridiculousness and exasperation at being alive, being human, being flightless. Zhang always paints himself with a mirthful ghoulishness recalling Mexican Day of the Dead masks and the unsparing self-portraiture of Phillip Guston and Francis Bacon. He’s both Crockett and Tubbs in a shrieking and pale Miami Vice hangover, bloated and feral as Braveheart’s William Wallace, and dignified and luminescent as Picasso during his Blue period. All of the paintings are clever and they often inspired audible laughs. 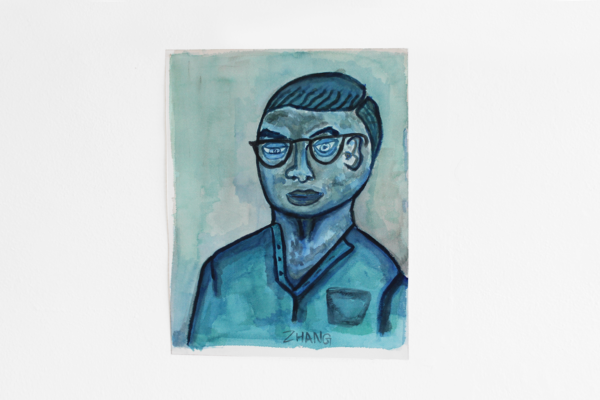 But there’s more, some exhilarating release of id and a melancholic recognition of the banal obedience of one’s life. These paintings reminded me of what the critic James Wood wrote about The Who’s drummer Keith Moon: “…and it is rebellious freedom that one wants, and, most of the time, only rock music can deliver it. And sometimes one despises oneself, in near-middle age, for being so good.”

Zhang only started actively painting two years ago, while cooped up in frigid Wisconsin during the winter. There’s a fevered burst to this exhibition of making one’s own sun in the darkness.

Although this was a one-night-only show (it took place on Sept. 9 in Austin), you can view the work on the Las Cruxes website.

Celebrate the Closing of Las Cruxes’ Brick and...