Houston Confederate Sculptures To Be Moved By Juneteenth, Next Friday 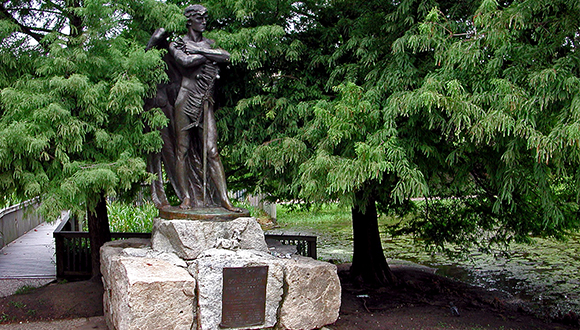 Spirit of the Confederacy, which will be relocated from Sam Houston Park downtown Houston on Junteenth, 2020.

Note: For a story by Glasstire’s Neil Fauerso on the removal of Confederate statues from public view, please read his 2017 essay How to Erase the Flood.

Houston’s Mayor Sylvester Turner announced yesterday that the City of Houston will relocate two sculptures currently in Houston city parks. The Dowling Sculpture and The Spirit of Confederacy will be removed by Friday, June 19, to commemorate  Juneteenth, 2020. The  holiday memorializes the day slaves in Texas learned the Emancipation Proclamation granted them freedom from slavery.

In August 2017, Mayor Turner appointed a task force of historians, community leaders, and department directors to review Houston’s inventory of items related to the Confederacy, and recommend appropriate action.

In tandem with partner organizations, the removal and relocation of the statues will take place with a grant from Houston Endowment, at no expense to the public. The Spirit of The Confederacy, currently in Sam Houston Park downtown, will be moved and displayed at the Houston Museum of African American Culture (HMAAC) in the city’s Museum District, while the statue of Richard W. “Dick” Dowling in Hermann Park will be moved to the Sabine Pass Battleground State Historic Site in Port Arthur, with a vote by the full commission of the Executive Committee of the Texas Historical Commission. The commission will consider the item at its quarterly meeting on June 17. Both relocation moves are expected to be permanent, with the hope that the new locations will provide better context for the sculptures. 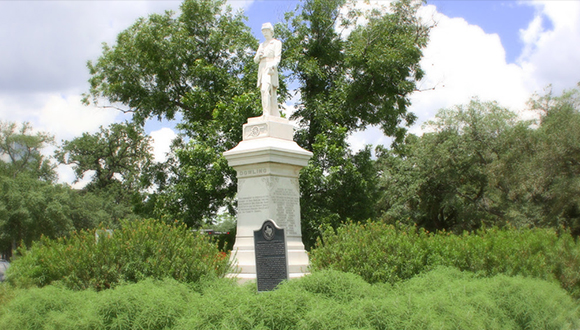 “While we have been working on a plan for some time, I have decided to move forward now considering the events of the past several weeks,” states Mayor Turner. “Our plan for relocating confederate statues from public parks to locations more relevant to modern times preserves history and provides an opportunity for our city to heal.”

“Houston Endowment is proud to support the relocation of the Spirit of the Confederacy to the Houston Museum of African American Culture, where it can be interpreted in a way that promotes an inclusive and anti-racist community,” says Ann Stern, President and CEO of Houston Endowment.

States John Guess, HMACC CEO Emeritus: “This is a huge step forward in the Museum’s history of hosting difficult conversations, underscoring our multicultural conversation on race geared toward a common future. We have an opportunity to learn from our history, the good and the bad, to truly forge one nation.”

The City of Houston’s General Services Department (GSD) will begin relocation next week and store the sculptures until the partner organizations take delivery. “I’m grateful for the City of Houston Confederate Items Task Force’s guidance and the generosity of the Houston Endowment for their crucial roles in the plan,” Mayor Turner says. “And I’m proud of how this plan formed with input from many sectors of the city and deep consideration of all sensitive factors involved.”